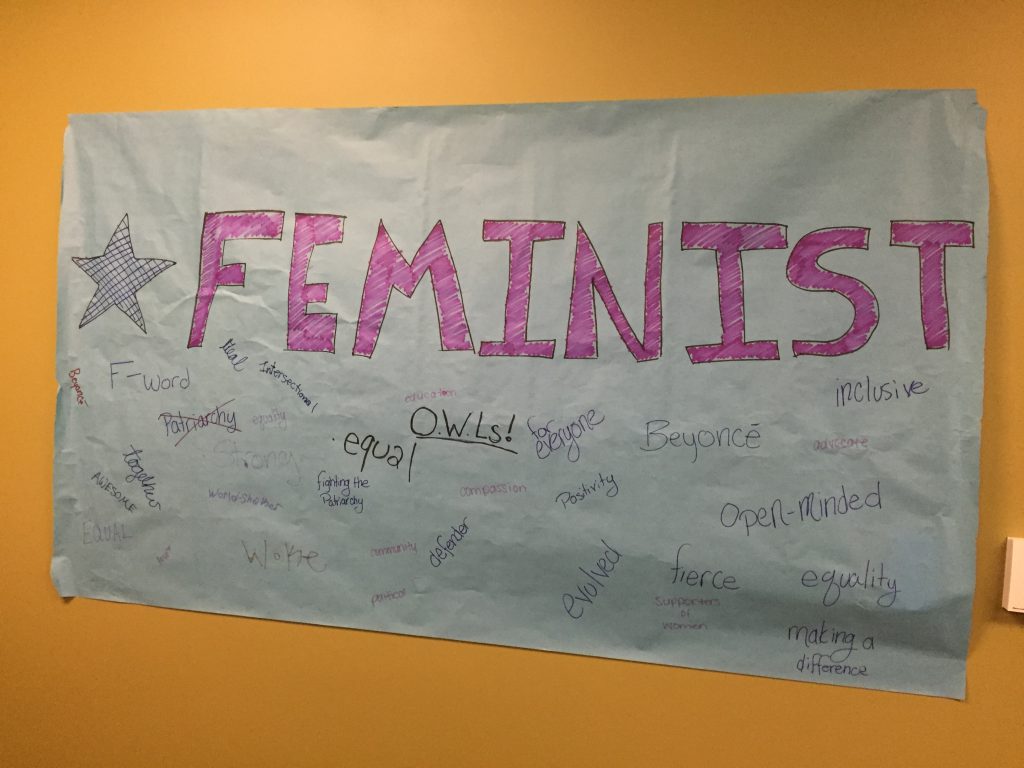 On Jan. 21, 2017 protesters around the world stood in unity for women’s rights and gender equality in the Women’s March on Washington in Washington D.C.

The event may have been the largest civil protest in American history with an estimated 2.9 million marchers nation wide, said Politicus USA.  Even in the occasion’s recent conclusion, social media continues to be a safe ground for protest. Twitter, Facebook and additional social sites have welcomed abundant references to the renowned spectacle. 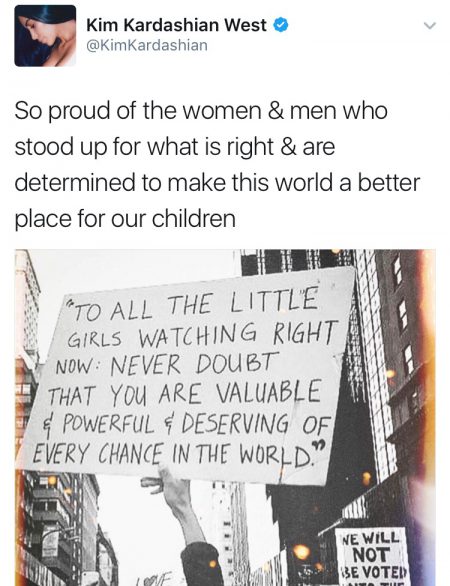 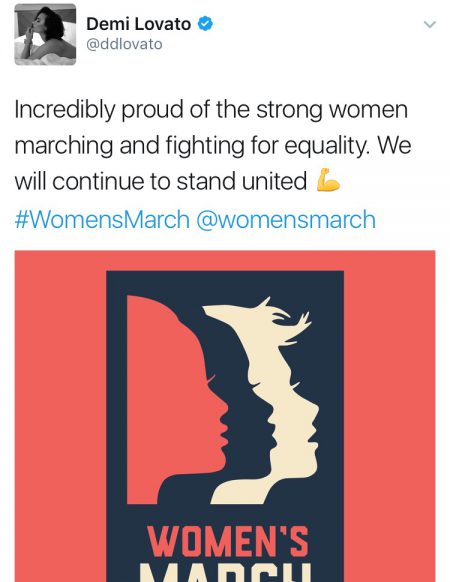 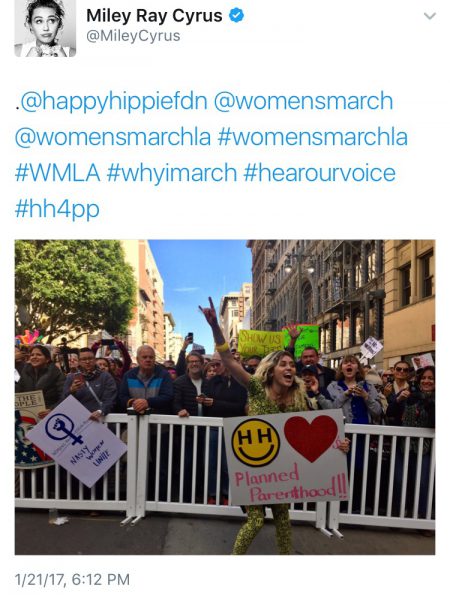 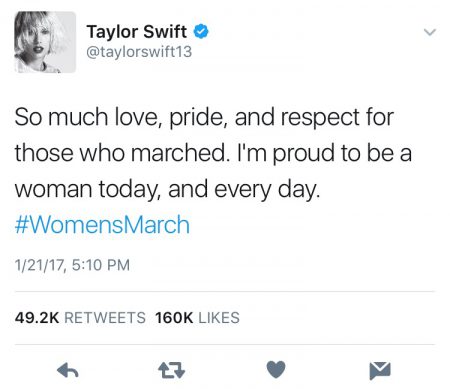 Girl power was not only present in Washington D.C., but continues to span across pop culture everywhere.

A Woman’s Place is in the Resistance
In aftermath to her recent death, Carrie Fisher’s most iconic role of Princess Leia continues to exhibit the modern role that femininity has in pop culture.

In the “Star Wars” movie franchise, Fisher’s role distinguishes from the traditional “damsel in distress” concept portrayed in female leads. Princess Leia never sought out being rescued from her circumstances, rather, successfully dedicated her life and values to rebelling against a supreme and obviously corrupt government.

This is not only being experienced in galaxies far far away, but in productions such as “Kim Possible”, “Agent Carter”, “Aliens”, “Joy” and “Erin Brockovich”.

In one episode, Loughlin said, “Welcome to the new world, Tom Bradshaw. There’s a whole world of women, complicated women, with our desires, our passions and our goals, and your daughter is one of them.”

Okay Ladies Now Let’s Get in Formation
Not only is female empowerment and fight for equality happening in pop culture, but women at Central Michigan University have a say in the motivation of women.

“I think it’s important and a good motivator to the younger generation to do things for themselves,” said vice president of Alliance for Women in Media Gina Zebell.

As an integrative public relations student, Zebell values the affect that famous women have on their viewers, particularly young girls. Although she worries about some of the women in the spotlight, Zebell continues to respect the potential of this phenomenon.

“Some of the women in the media, I don’t always think are the best for the younger generation to idolize. But as a whole, I think girl power is very important and a great motivator for young girls,” she said.

One particular woman who has been massively idolized for her portrayal on girl power is the musical powerhouse Beyonce.

After concluding a tour that collected $210 million and 40 sold-out venues, the artist will be headlining the famed California music festival, Coachella. In partial regards to the album’s success, Beyonce will be the first female performer to headline Coachella since Bjork in 2007. She will be specifically playing songs from her 2016 visual album “Lemonade”, which tells the story of how great power arises from intimate conflict.

“’Lemonade’ changed my life,” said sophomore Rachel LaFrance. “It was like going through the stages of grief when loved ones hurt you, and I listen to it for strength.”

LaFrance serves as the vice president of the student RSO, Organization of Women Leaders.  Beyonce inspires her to work vigorously to achieve her goals as a young woman.

“She promotes empowering women,” LaFrance said. “Like the line ‘your best revenge is your paper’ inspires me to work hard and oppose the haters.”

Goddesses and Monsters
In Lady Gaga’s lead role of the countess in the FX television series “American Horror Story: Hotel”, she said, “Goddesses don’t speak in whispers. They scream.”

“I just know that she speaks a lot on behalf of sexual assault awareness and how women need to speak up and be heard,” said OWLs member Lauren Genereau.

The proclaimed “Monster Queen” is frequently noted for her feminist and human outreach through the media. Genereau believes that her confidence over the subject made her into the iconic figure she is today.

“I think the fact that she does what she wants, sticks up for what she wants and does not care what others have to say about it makes her heroic. I think speaking your mind has been deemed wrong in this country, and I’m glad that people like her let us know that it’s okay to speak out against the norm,” said Genereau.

Insta-Feminist
Amber Levonchuck, known professionally as Amber Rose, is a model who takes criticism and emphasizes the importance of empowering fellow women. With prolific relationships to hip-hop artists Wiz Khalifa and Kanye West, Rose came into the spotlight as a target to public condemnation. Through this unwanted attention, Rose used this to raise awareness of sexism, slut-shaming and gender inequality through social media.

“She has definitely helped me embrace myself.  She makes me embrace being a sexual woman – by that I mean she makes me defy double standards society has about women and them not being able to be sexual beings,” Ashley said.

Take a Stand
Embracing girl power is a thing of the present and future.

“I think it’s slowly becoming more accepting, which is good,” Genereau said.“Most celebrities are liberal, so I think they are a good platform to show people that [feminists] aren’t crazy, man-hating people you think we are.”

Whether its on social media, on television, in movies or at the National Mall, feminists are repelling submissive roles that have been long projected on women. Imagination and creativity can be inevitably be the key to gender equality.