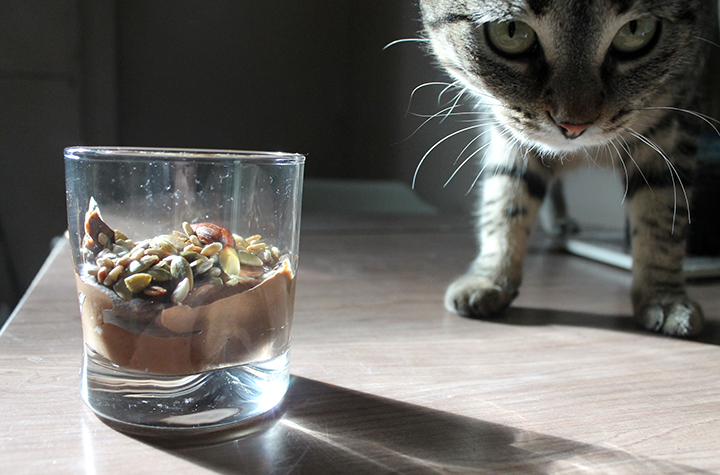 It becomes nearly impossible to knock something that is known as the “food of the Gods” in Greece. And no, it’s not pizza.

It’s cacao, and it’s no surprise that IFC’s TV show “Portlandia” found a way to crack a joke at the little bean.

Say what you want, but the pods have become increasingly popular. Just don’t say it’s cocoa.

Cocoa is the product after the cacao pods have been harvested, fermented, dried, cleaned and then roasted. Simply put, cocoa is processed cacao, and both options are delicious.

Eaten raw and whole, cacao is bitter and has a very slight chocolate flavor. You need a good slug of water to wash these guys down. But put the powder in smoothies, oatmeal, on bananas and everywhere else in your kitchen and it becomes a delight.

The chocolate you are most likely stuffing your face with has been processed beyond recognition, coated in sugar, and all signs of antioxidants have been roasted away into the night. When you’ve been told chocolate is good for you, scientists were referring to cacao. Not the bar of chocolate we occasionally ravage thinking “It’s good for me.” Close but no cigar.

Allow me to introduce: Cacao is high in iron, magnesium, copper, theobromine, omega fatty acids, flavonols and fiber. A few raw beans will give you a good jolt, as well.

Cacao ceremonies have been held for thousands of years where it is drank like a tea, in a group. Cacao residue was found in the bowls of the Olmec people of Mesoamerica in 1800 – 1000 B.C. It’s been around.

Now that you’re inevitably on board, what the hell do you do with this stuff? You make enough chocolate mousse to feed an army.

Recipe from The Whole Pantry App

Add everything to a blender and blend until smooth. Add extra sweetener if it is too bitter, but make sure to use non-processed sugars.

Top with whatever suits your fancy. Coconut, nuts, berries, granola or fruit make a wonderful topping.