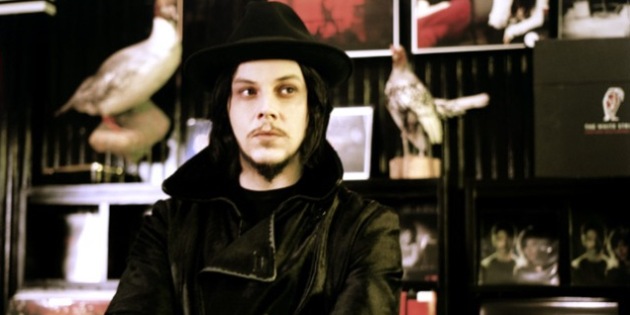 Divorce. The end of The White Stripes. 2011 was not a good year for Jack White. But he’s already proven that 2012 will be better. His debut solo album is set for an April 24 release, and “Blunderbuss” is weird like only White can be. It combines rock, country and blues to make an album of guitar-heavy alternative rock.

Jack White is no stranger to the music industry. In the past two decades he has been a founding member of three extremely successful bands (The White Stripes, The Raconteurs and The Dead Weather) and has collaborated as a solo artist with Loretta Lynn, Beck, Bob Dylan, Alicia Keys and many others. He has produced countless albums and founded his own record label (Third Man Records).

White’s debut solo album will appeal to fans of The White Stripes. It is very evident that Meg White’s drums are missing, but are replaced with blues inspired piano, and Jack White’s guitar playing is better than ever. The first single is a bluesy track titled “Love Interruption.” White and female backup, Ruby Amanfu, croon the chorus in perfect harmony: “I won’t let love disrupt, corrupt or interrupt me, anymore.”

The album is a mixture of a myriad of genres. Songs like “Blunderbuss” and “Hypocritical Kiss” have a more country/folk feel, while “Sixteen Saltines” is nothing but White’s signature heavy guitar and odd yet meaningful lyrics: “Force fed, force mixed till I drop dead/You can’t defeat her, when you meet her you’ll be what I said.” White’s singing style (his vocals are double-tracked) gives the tracks the depth they need and the background vocals are fantastic.

The entire album has a certain vintage quality to it. It seems as if the album could have been successfully recorded decades ago, but that only adds to its charm. Sure, there are a few dull spots, “Hip (Eponymous) Poor Boy” being one of them, but from the first track to the last the album has a smooth flow. “I’m sure Blunderbuss” is the first of many great solo albums from White.