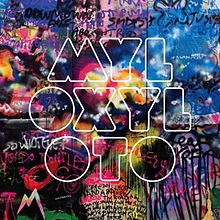 Chris Martin recently had the gumption to proclaim Coldplay as the sixth greatest band in the world. Surely from a sales standpoint that’s quite the modest statement—as by my hyperbolic estimation, Coldplay sells more albums than KFC fries chicken.

From a musical standpoint however, that statement might just have to be interpreted as being completely inaccurate. For example, my local hardcore band has more musical innovation than Coldplay, and they consist of a lead singer adorned with eye shadow shrieking a demented version of “Hey Ya” at the top of his lungs—while the rest of the band performs choreographed dance moves.

While “As He Falls” might be accidentally more innovative than Chris Martin and the gang, they never wrote the bridge to “Fix You”—in fact no other band has, and American alternative pop bands have been trying to for years. And that, my friends, is where Coldplay has everyone beat.

Unfortunately, as alluded in the referenced Chris Martin quote, Coldplay has always been plagued by the instinct to try to be something they’re not. They specialize in writing music that you are not supposed to like, but can’t help but like.

Their melancholic syrupy masquerades feed off all the emotions that you try to suppress—the feeling that unicorns are awesome, that Valentine’s Day is actually a little romantic, and that “Glee” can be an OK show … sometimes. They’re a quintessential pop band, and no one does pop better. Yet for their entire musical career, they’ve been fighting against that notion.

“Parachute” through “X&Y” found Coldplay consistently trying to imitate some cheery teenage lovesick version of Radiohead, and while “Viva la Vida” showed signs of the band coming into its own element, it still was impeded by delusions of unnecessary grandeur.

I’m not trying to argue that Coldplay shouldn’t pursue innovation; I’m just saying that it’s foolish to expand your music when you can’t even accept what you actually are. Coldplay’s newest release, “Mylo Xyloto” (whatever the hell that means), is a portrait of Coldplay finally accepting their identity as the world’s favorite sentimental pop band, and the result is quite possibly Coldplay’s finest album to date.

In fact, “Mylo Xyloto” is not only Coldplay accepting that they’re a pop band; it’s them embracing it proudly. The very concept of “Paradise” would have been laughed out of the room upon mention in the drafting of any past Coldplay album but here it is in all of its one-republicnesque beauty.

It’s the shameless airy bubblegum fluff-pop that Coldplay has always been capable of producing, and it’s gold—if you can just get past the fact that from a pretentious critical standpoint it’s utterly nauseating. The same goes with “Princess Of China.”

While Coldplay probably lost all the indie cred they had left upon mention of their collaboration with Rihanna, her inclusion in the album is brilliant. While the song would be terrible from any other standpoint, from that goofy optimistic childlike state that Coldplay invites us into, the song works wonders.

The only major misstep is “Up In Flames,” which is insipid by even Coldplay’s standards. And while the album ends on a whimper with “Up With The Birds,” it’s a rather enjoyable whimper, and it’s a fitting contrast to the onslaught of eccentric Coldplay-pop that greets us in the beginning of the album. Everything else though is oddly utterly enjoyable.

As usual Jonny Buckland is Coldplay’s most lethal weapon, producing the perfect amount of gooey guitar licks to accompany “Hurts Like Heaven,” “Charlie Brown” and the rest of Coldplay’s sugary anthems. Coldplay even ventures into electro pop territories frequently in this album. Yet, unlike some truly clueless critics have suggested, the beats are way too saccharine to have any influence in clubs, but they do invite Coldplay to have plenty of influence in the radio charts. That’s by no means a bad thing—that’s where Coldplay belongs.

So yeah, sure “You use your heart as a weapon and it hurts like heaven” is one of the worst lines in music history. But as an introduction to the album, Coldplay couldn’t have picked a better line. It’s shameless, just like this album is, just like Coldplay always should have been. “Mylo Xyloto” is Coldplay writing Coldplay music to the Coldplay-iest degree. And while everyone can easily proclaim that the music is outrageously poppy, safe, cliché and slightly stupid (and all these things are true) I’m going to be listening to this album frequently—alone, in the dark, on my headphones, in private—and damn it, I’m going to enjoy it every time.