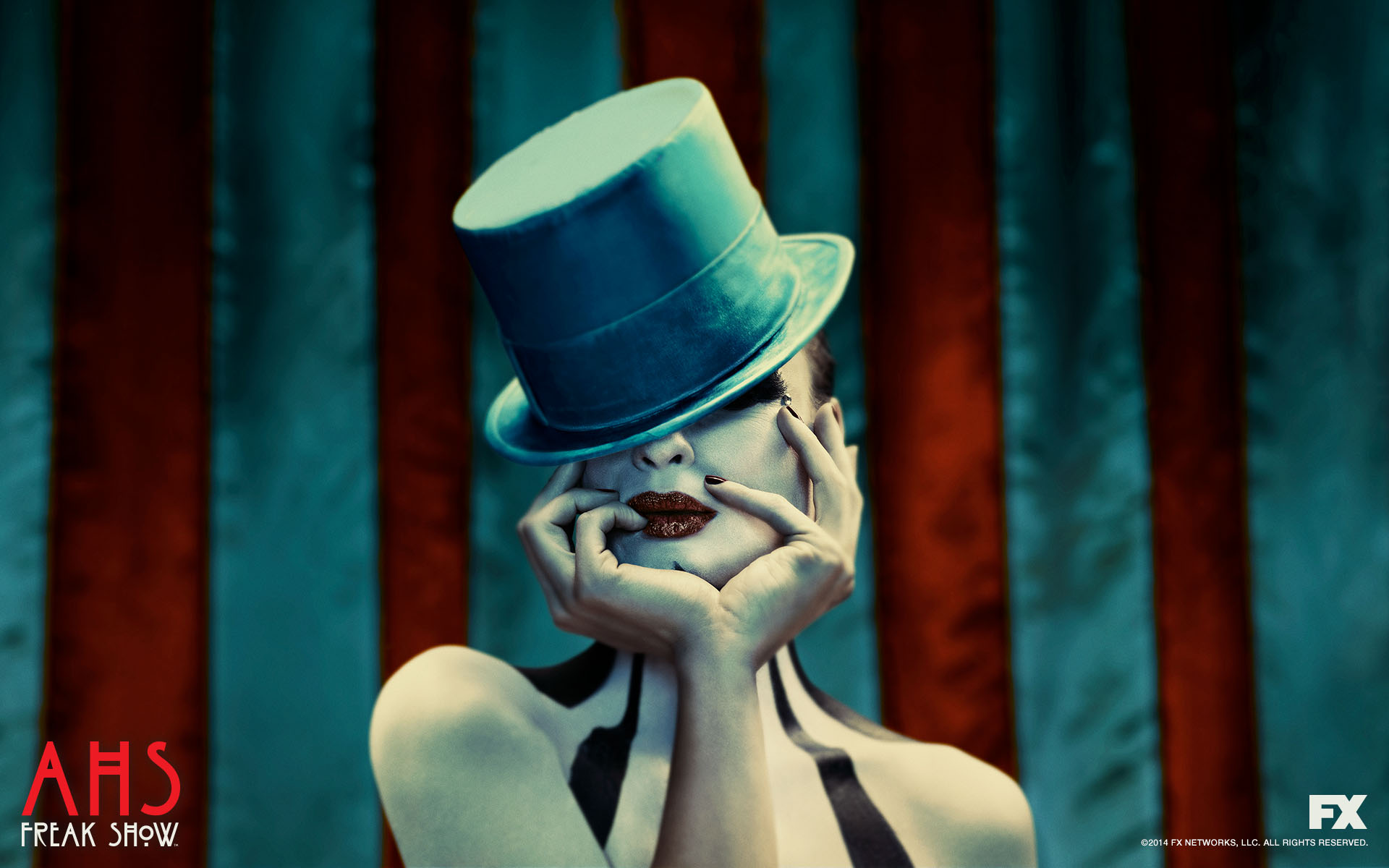 Dandy’s schedule: Part 1. Take a candle to an Avon lady, kill her, sew her head onto his recently departed Mom, then have a puppet show that would even send Norman Bates running for the hills.

Part 2. Get a fortune reading from the woman he previously tortured, when he clearly feels confident enough to do what he wants anyway. Also, threaten Jimmy for stealing the inspiration for his macabre mannequin (Bette and Dot), as he holds him accountable for stealing his “love.”

Part 3. Execute the plan by killing a party’s worth of housewives that Jimmy earlier failed to pleasure due to his grief (Note: In addition to being able spot periwinkle from a mile away and being a pretty adept butcher, Dandy was also able to get by Jimmy pretty easily, as he rang the doorbell to the door of the housewife party just as soon as lobster boy shambled away).

Part 4. Blatantly tell Regina that he killed both her mother and his own, plus pretty much everybody else. Dandy apparently thought they were childhood friends. He eventually learned “the differences of their stations,” so he wanted Regina to live. She refused to join him in a bath, like when they were tykes (except this time with added housewife juice).

Part 5. Be so convinced of his present “godhood” as to let Regina go to the arms of the police, then later bribe a police officer to shoot her in the head.

Everything may be coming up “Dandy” at the moment, but it’s not going great for Jimmy. He blocks out the pain of dearly departed Mama Bates with booze, more booze and trysts with the (fairly food-obsessed) “fat lady.”

The twins, however, appear back on the scene as Elsa and Richard/Stanley track them down after Ethel sent them away. They tell her of Ethel’s death (conveniently not by Elsa’s hand in this version of the tale) and say they’ve found a doctor that can physically separate them.

Dot, apparently deciding against the whole wanting-to-get-removed-from-and-murder-her-sister thing, has the heart to share with Bette that she doesn’t want to be separated anymore. They decide to be together as one or not at all.

Bonus points if you notice how many variations of lip quivers Sarah Paulson does during the episode.

Richard decides that merely blackmailing the guilt-stricken Dell isn’t enough, so he gets him to do some sexual favors for him in his drunken state. Bald Mountain can’t handle the shame he feels as a repressed gay man in the ’50s and for killing Ma Petite, so with a hallucination of Ethel egging him on, he tries to kill himself. His thrashing causes the rope to snap, with Desiree coming to his aid (or to be the last person he sees).

The Tattler’s sneak into the freak show, Dot confessing her love to Jimmy. After a brief kiss (with Bette as the perpetual watcher) and some attempted seduction, Jimmy declines. He says he’s in love with someone else, and apparently that person isn’t Lady Whiskey, as he throws a bottle to the wall. Before he can attempt some legitimate sobriety, however, the cop that Dandy bribed brings in Jimmy for the murder of the cavalcade of ladies that were killed earlier in the episode.

With and ending like this episode’s, who knows what could happen next? Make sure to tune in next week to find out.