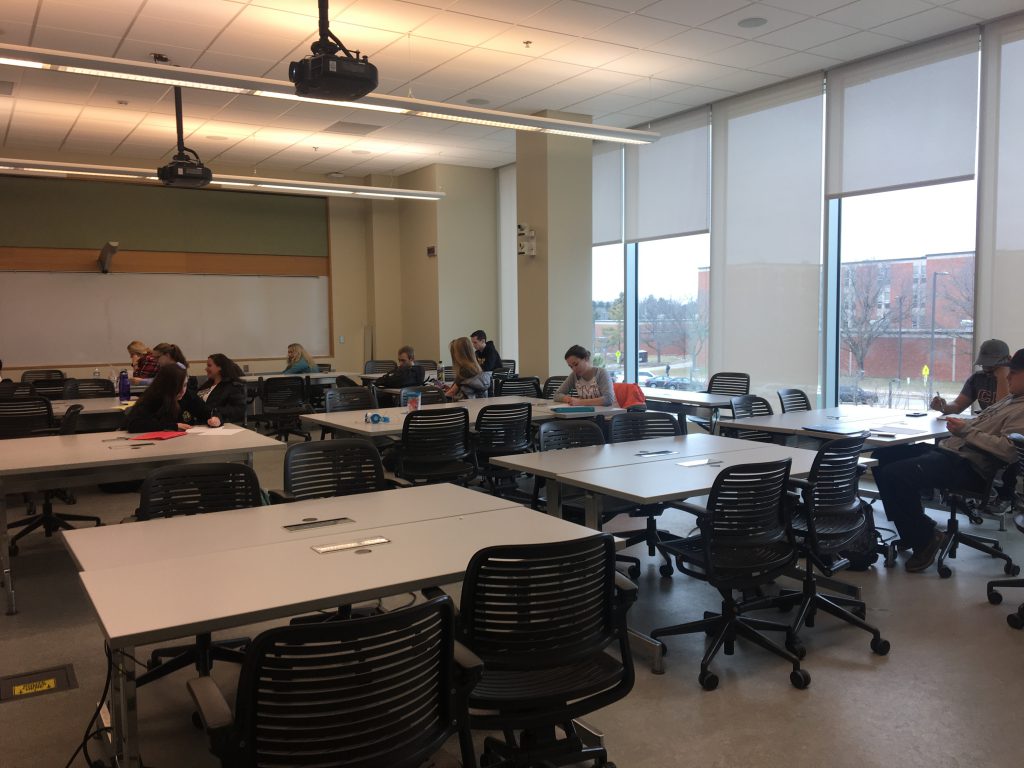 To help students better understand racism in this world, Dr. Michelle Lee spends the semester talking about several aspects of cultural prejudice and discrimination in her HDF 110 Oppression: Roots and Impact course, and wants students to immerse themselves in society in a completely different way than what would normally.

Students who take HDF 110 with Lee will have a cultural participation assignment they must partake in. Lee gives three options for the assignment including visiting the Ziibiwing Center, participating in a Poverty Simulation on campus or wearing a hijab (for women) and a turban (for men) around CMU campus for a minimum of four hours and reflecting on their experiences.

Lee said the experiment ties in perfectly with the ‘luxury of obliviousness’ where members of privileged groups are able to move about society without having to worry about how their membership in that group might affect their treatment on a regular basis which the course teaches.

“This exercise is meant to have students see how it feels being perceived as part of a subordinate group and to observe differences in how people might treat them” said Lee. She hopes her students choosing this option will gain increased insight about what it might be like for Muslim people who are often judged simply by wearing a hijab or turban when people know little about the religion or about the person beyond this cultural indicator.

This is the third semester Lee has offered the third option, but students in the honors program have participated in this type of experiment before. 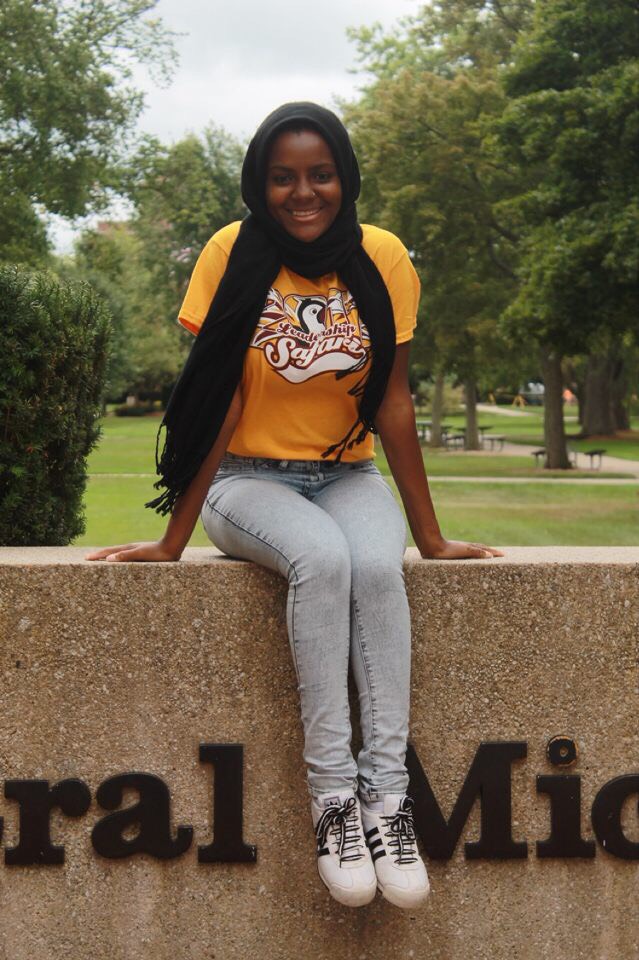 This is also the first semester there was controversy. Halima Salim, junior and Troutman Hall’s multicultural advisor said this semester someone caught attention to this experiment and claimed it was “appropriating a culture,” which was exactly why Lee was hesitant to offer this as an option as she was worried about it being perceived as disrespectful.

Lee said if there were large amounts of negative feedback, she would definitely consider not offering it as an option in the future, but believes the students who have chosen this experience will do this experiment in the most respectful manner possible.

While some may consider this being “appropriating a culture” Salim wants to make it clear that the statement is false. “What people don’t understand is that it is a religion it’s not really cultured wise, plus being a Muslim myself, I don’t see it being a problem” said Salim.

As long as there is a level of respect where the students who are doing this type of experiment take it as seriously as they can and don’t make fun of it, then Salim said, by all means, experiment with it and see what outcomes you have in your life and how people treat you differently.

The Muslim Student Association which aims to serve the best interests of Islam here at Central and the City of Mount Pleasant as talked about this assignment and does not see an issue. If there was, MSA would bring it up and give them suggestions. “We like to encourage people to see our side of the story and how things are compared to telling them how things are” said Salim.

MSA also work to promote a place for Muslims and non-Muslims to gather and get to know one another through events on campus and interfaith activities with other organizations in order to bring peace and blessings to the community.

In the past, MSA president, Maham khan has spoken with honor students on how to present themselves as a Muslim woman which is important to teach non-Muslim students how to represent their religion in the best way.

The way you dress is important. You cannot wear the hijab and have a tank top or wear a short skirt because the hijab is all about modesty said Salim. When wearing a hijab you’re representing the religion itself and the way people perceive you. The way in which Muslim women speak to people should be mindful because we try not to curse and try not to backbite said Salim.

Since offering this assignment Lee has found the experience to be beneficial and valuable to show discrimination. “Many report being surprised by the noticeable differences in how they were treated by others ranging from staring, avoidance or people actually being rude,” Lee said.

Salim admits one really cannot experience anything like what they experience every day within four hours, but being able to have a little taste of it will not hurt anybody.

Last semester, Salim recalls a student last year who participated in this experiment in the honors program who had an experience which she would not have heard if she was not wearing a hijab.

Right after the election, a girl was walking to class and a car pulled up to her and screamed “GO BACK TO YOUR COUNTY. TRUMP IS THE PRESIDENT.” This girl was just doing an experiment, but that is something that Salim would typically hear and that is what people think of Salim. “For me that is scary. This is something I wear every day and I would be scared. I feel bad for that,” said Salim.

Luckily for Salim, she has never been discriminated against at CMU or had anyone here that has made Salim feel out of place, and that is due to the people she surrounds herself with. “I always try and be mindful. Not everyone is going to like me. I know some people are threatened by what I am wearing, so I don’t try and come off as standoffish and that is just me being mindful and people don’t see things the way that I do or they might have heard something about my religion.”

Salim said though that one will see and hear things that you normally wouldn’t in your own life and want people to go through this experience as she can’t explain this to us, but if one can put themselves in this position then maybe we can understand a little bit more.

If you’re the type of student who wants to immerse themselves in different cultures and religions and look at how different groups are viewed in society, then you might benefit from taking HDF 110. Students who take this course will honestly find this one of the most beneficial classes at CMU and teach valuable information for everyday life.