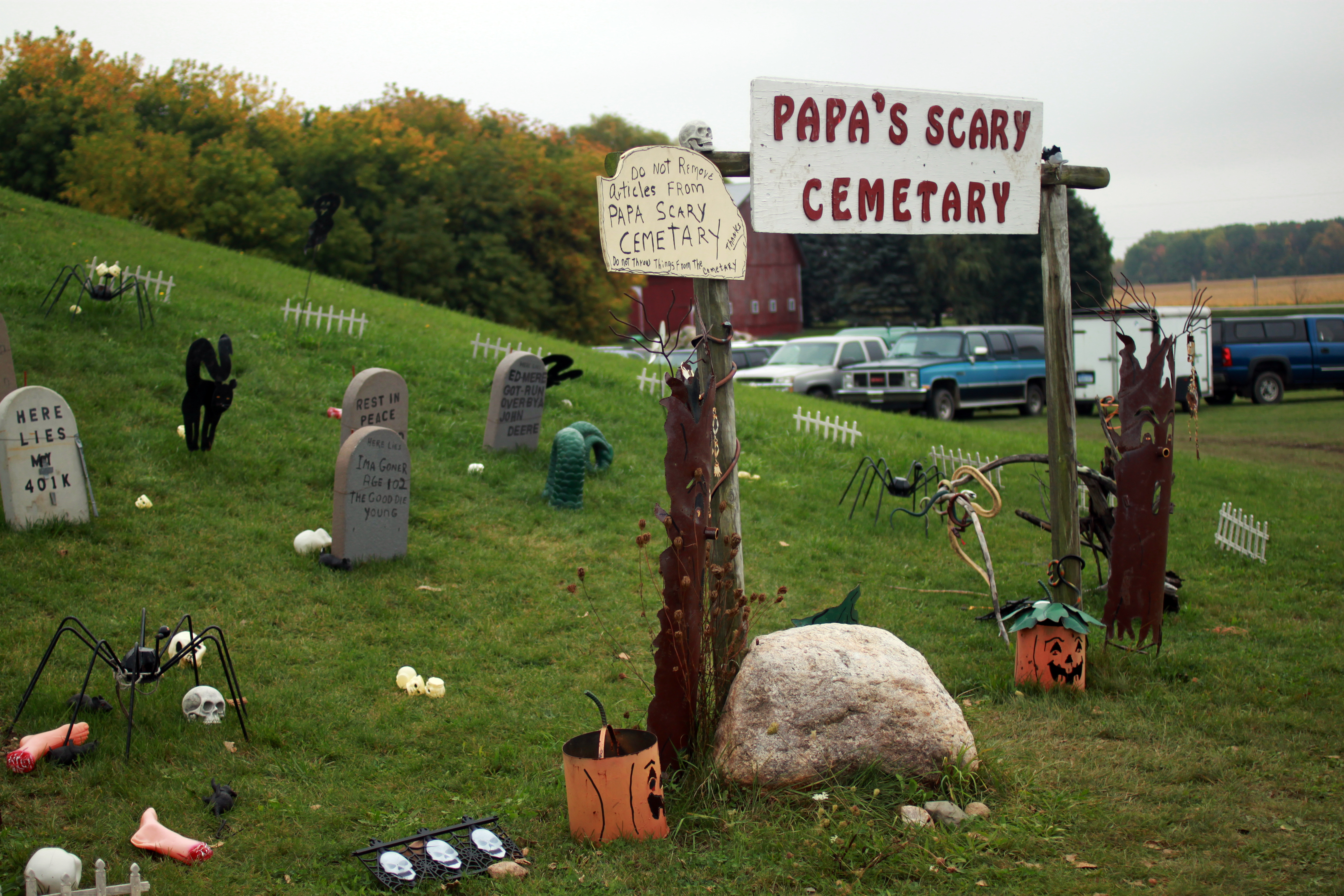 The smell of freshly baked doughnuts and the taste of tart apple cider and the sight of brightly-colored pumpkins were all a part of the atmosphere at this year’s Applefest.

The Zonta Club’s 26th annual Applefest made its return this past weekend at Papa’s Pumpkin Patch. The Zonta Club International organization sponsors the event every year, with a mission of advancing the status of women through local and international service projects.

“One of our members was a relative of someone at Macintosh orchards, where it originally started,” The Zonta Club’s Co-Chairperson Monica Fox said. “And the club wanted to come up with a fundraiser that involved the whole community, was something fun and (raised) money for the club. So they came up with the idea to have an Applefest at the orchard.”

The outside event had something for all ages. From tractor driven hayrides and local crafts to baked goods, a huge pumpkin patch and more. Residents didn’t let the chill in the air or the prospect of rain keep them away from attending the beloved fall tradition.

Mount Pleasant residents Damon Brown and Rodney Williams were out on Saturday enjoying the event, while watching their children play. It was Brown’s second year attending and Williams’ first.

Williams said the best part of the Applefest was the layout because there were many choices available to the public.

“You have things for adults that we can purchase, things for the house and then for the children, they can sit out here and play in the open area,” Williams said. “I like the outdoor theme.”

Brown added that the Applefest is a great environment for kids and has good food, which makes it a great event in his book.

The Applefest array of crafts and homemade goods attracted a large crowd over the weekend. From Pam’s pantry dip mixes to Paul’s Gourmet Jerky, there were several craft tents selling a variety of items.

Vicki Bowen and Diane Benn, proprietors of the Apple Tree Quilt shop have been selling their handmade quilts and crocheted goods at the Applefest for over 15 years.

Among one of the new features of the Applefest this year was the addition of local food vendors to the mix. Some of the food vendors featured at the event this year included Max and Emily’s, Hot Dog Central, Pizzanellos Pizza and the Crepe Wagon.

“We wanted to invite some local restaurants to participate and make it even more of a community event and that way when people come out, they will recognize the food vendors,” Fox said.

From crafts to corn mazes, Papa’s spooky cemetery and a face painting pavilion, there were numerous games and fun things to keep the little ones happy too. Local resident Stacie Zeien brought her sons Emery and Evan Zeien to the Applefest this year.

“We ate lunch here,” Zeien said. “The boys picked out what they wanted and then we went and played on all the things. They’ve run the hill. They rode the gator train.”

Zeien said what her boys liked most about the Applefest was being able to play outside.

“It’s clean, it’s fun and there is something for all ages,” Zeien said.