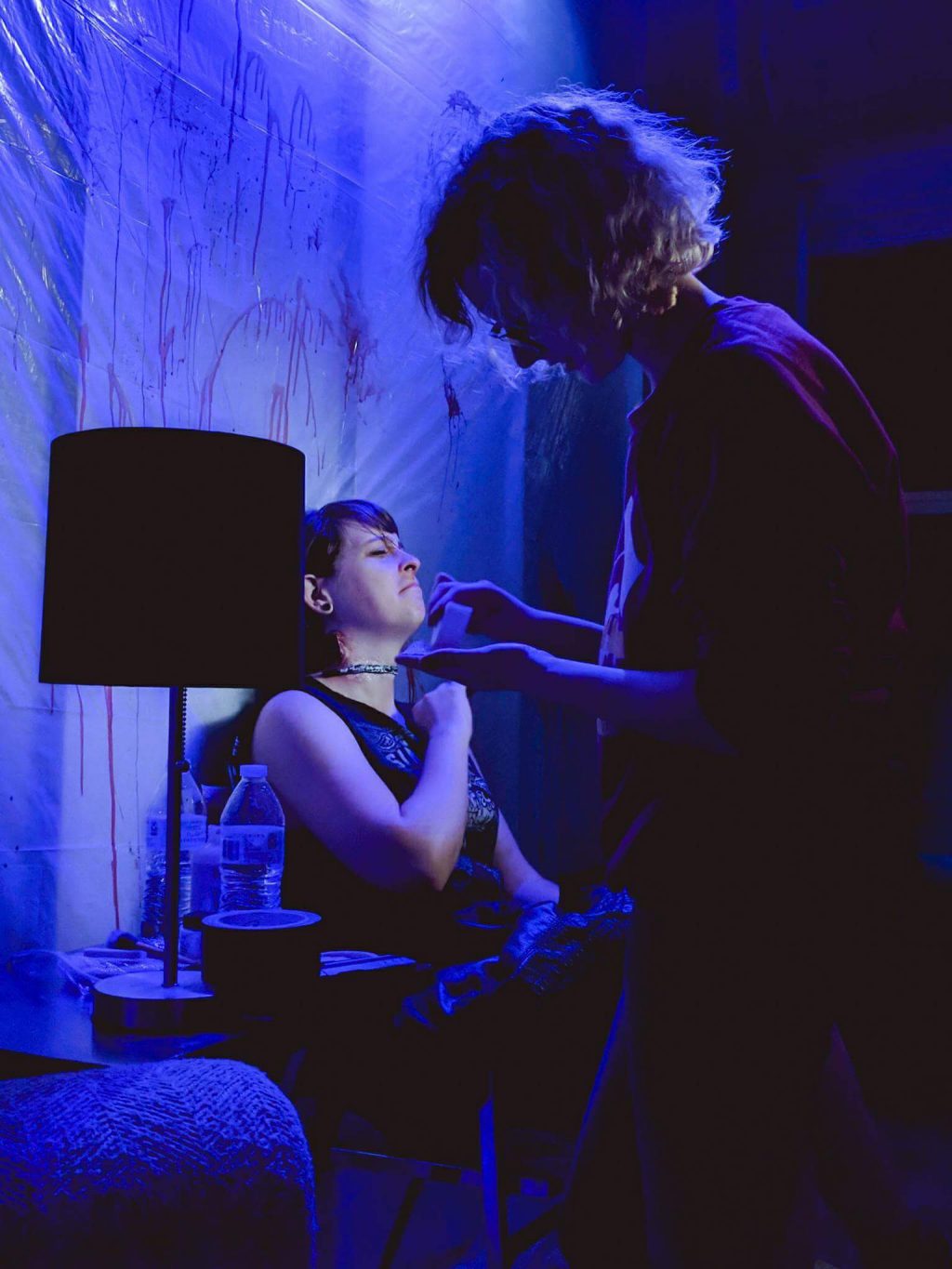 Behind every stage and on-screen performer is a make-up artist who harnesses the skill to add depth to any performance from behind the curtain.

Temperance junior Megan Kirtos, a Broadcasting major and theater minor, works as a freelance make-up artist and has done work for various shows on campus like “Seven Deadly” and “Night of Horror” as well as  short films in Cleveland, Ohio for the 48 Hour Film Project.

“My favorite piece was this piece [pictured to the right] I did for Halloween. I walked around campus with half my face mutilated and it was great freaking out my friends and strangers,” Kirtos said.

Kirtos first learned her skills from a Central Michigan University stage make-up class and became interested in learning to do more with make-up, specifically with prosthetics or fake body parts for characters.

“I bought a make-up kit the summer after I took the class and started practicing on my own,” Kirtos said.

Kirtos’ friends and family have been very supportive of her work. Her cousin, who is involved in the media business, had her come in and work on some of their short film projects. Her parents are very supportive as well, considering her dad helped pitch in for her first real make up kit and follows her Instagram for her business which features much of her work.

“I’ve had a lot of friends let me use them as victims, I mean models, for my works,” Kirtos said. “My roommates are used to me coming out of the bathroom with a bloody face and don’t give it a second thought anymore.”

Most of the work she currently does is horror based make up effects which consists of different kinds of scars and wounds. Her past work includes gun shot wounds and other practical effects.

“It takes practice, time and money to this kind of work,” Kirtos said.

Kirtos is primarily interested in doing work for medical T.V. shows. Her dream show to work on? “Grey’s Anatomy.”

“I like doing trauma work, like medical stuff where you can figure out how scars and wounds work,” Kirtos said. “For Halloween, I did a giant wound on my arm.”