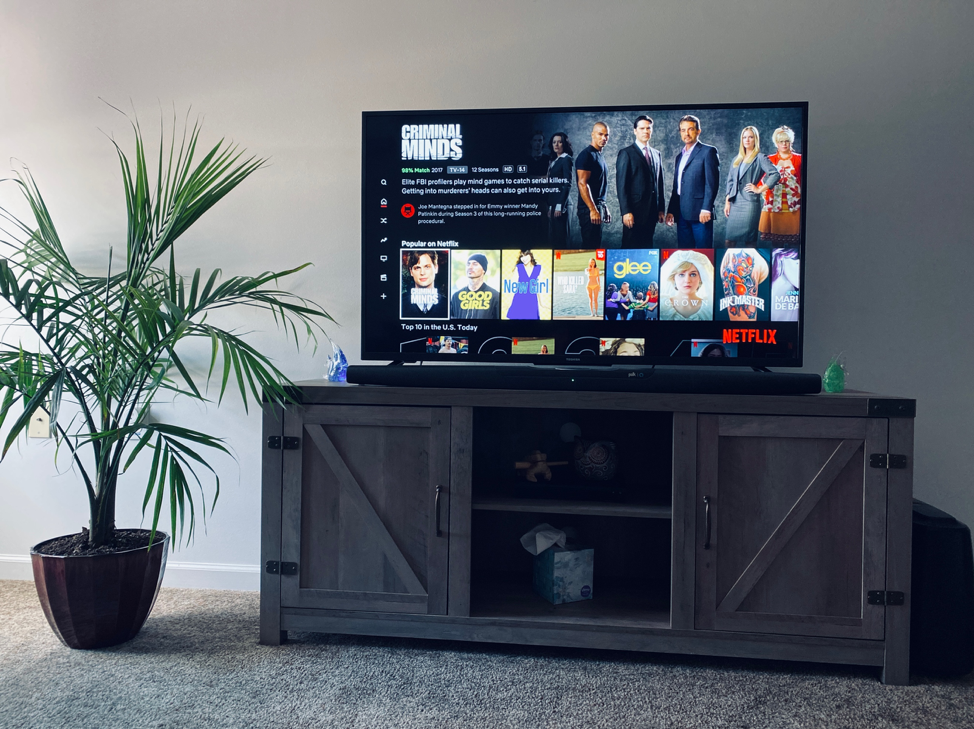 Story and photo by Vinny Layer

The COVID-19 pandemic has changed the way of life for every single person in the world over the past year. From social distancing, to zoom learning, to quarantining, we have all had to change the way we do our everyday tasks. One of those things we have come to know is what to do when stuck in the house.

There are many things people have done while home-bound, but one that has come up time and time again is binge-watching television shows.

Shows such as Tiger King, The Office, Grey’s Anatomy, Schitt’s Creek and WandaVision have all seen their viewership grow exponentially over the past few months during the pandemic.

“I watched around 15-20 hours of TV a week, especially since my job was at home. I was able to work, and then whenever I had free-time I would watch television,” Contreras said.

Binge-watching television shows has also brought a much needed distraction to the tragedy of the outside world today. It is a way to escape and just immerse oneself completely within the fictional world.

“I feel that watching shows brought me a distraction from what was going on around me. I was so focused and interested on what was going on in my Netflix show, while others were stressed about the next time they would be able to attend their next concert,” Contreras said.

Television has always been an important aspect of most peoples’ lives, whether it be an escape from reality, getting immersed within that particular fictional world, or just a way to relax after a hard day. The pandemic has highlighted the importance of tv and just how much time we take out of our day to watch a show.

“I am binge watching TV more than I should,” Contreras said. “There are many other things that I could be doing such as working out, hanging out with friends and family, a new hobby, or just doing things that need to be done.”

Contreras isn’t the only one who feels that way. Florida State University sophomore Joshua Hiltabidel says he too has seen an increase in his screen time when it comes to watching TV.

“I have watched so many shows over the past few months, it’s insane. I’ve been obsessed with shows that just take me out of this world and help me stress out less about the realities of the world,” Hiltabidel said.

Whether it’s the meme-able show of Tiger King, the heart-stopping action of Grey’s Anatomy or the pure comedic timing of The Office, these shows have become a much-needed way to leave the pandemic in reality and just have a break.