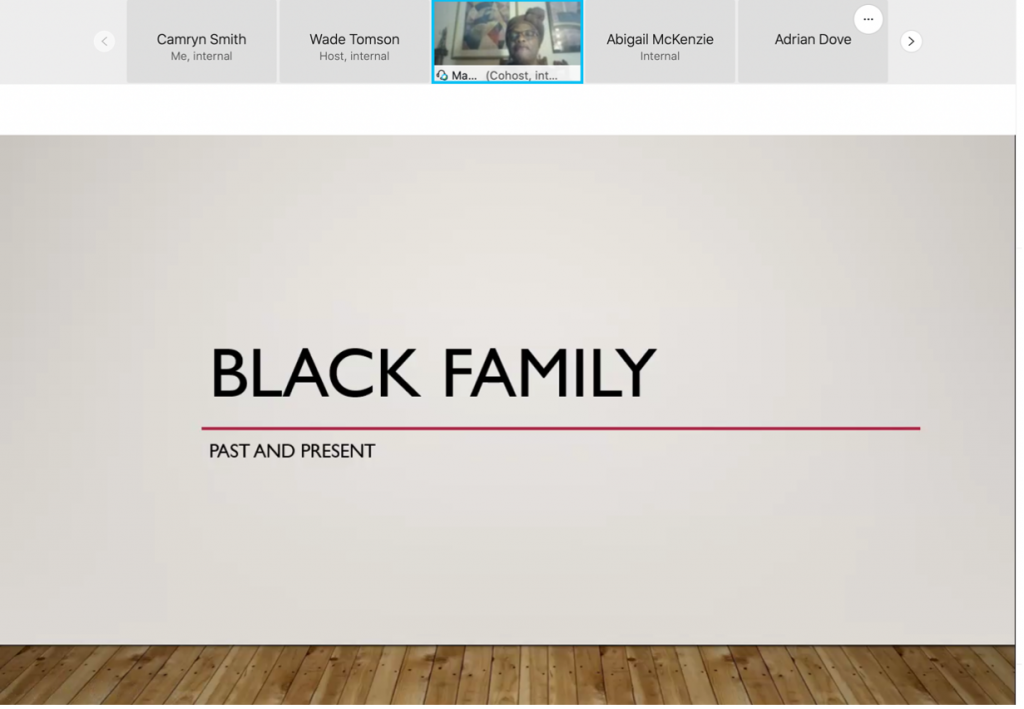 Story and photo by Camryn Smith

Every year, in honor of Black History Month, Central Michigan University uses the month of February to teach staff and students about Black history. This year’s theme at CMU was “Black Families.” CMU professor, Maureen Eke, recently gave a presentation about the history of Black families. The event was held via WebEx and was hosted by the Assistant Director of Multicultural Academic Student Services, Wade Tomson.

Tomson stated how important the events during Black History Month are. He believes it’s an opportunity for everyone to learn the historical impacts that Black individuals face today.

“Me and my whiteness don’t think about this [historical impacts on Black individuals] every day,” Tomson said.

Eke began by talking about the history of Africans and African Americans. She discussed the major historical events that impacted Black families from the past and the present. Eke stated slavery has had the most impact on Black families.

She says that westernization, colonialism and urbanization have also had an impact on Black families, but that slavery had a major impact due to the separation of families.

“12.5 million Africans were shipped to the New World because of slave trade,” Eke said. “This caused the destruction of families and destabilized existing families.”

According to Eke, slaves were not viewed as people but as property during this time. Since they were viewed as property, marriage between slaves was illegal. However, marriages were still conducted, but were kept a secret. Some slave owners encouraged marriage to keep slaves from running.

“Kinships and networks are important in African households,” Eke said. “African families are based off of community.”

Extended family structure is important within Black families. Eke explained how this family dynamic is not an indication of weakness or broken structure.

“Extended family does not deprive you of independence and originality,” Eke said.

Black History Month allows people to learn and understand the hardships Black families faced in the past and how it affects them currently.

“One takeaway I want you all to take with you is carefully examine lenses through Black families that was examined and discussed tonight,” Eke said.