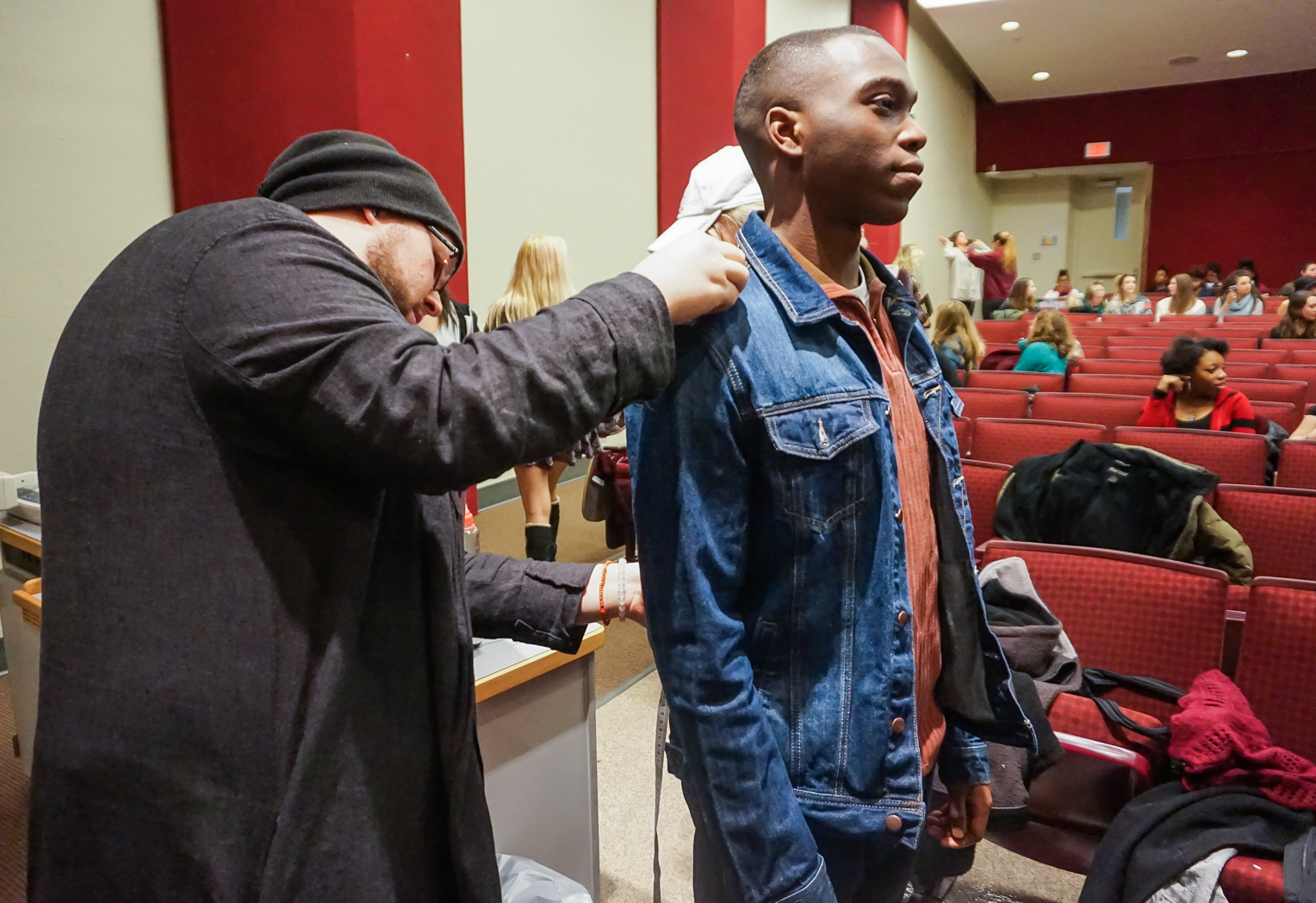 More than 100 models of all shapes, sizes and colors walked into the lecture hall of Anspach 162 on Feb. 22, in hopes of being in the biggest fashion show on Central Michigan University’s campus, Threads. This was the second model call – where designers picked, measured and crtiqued their models walk.

Alexis Jones is on the PR committee for Threads. “The goal of today is to come through to their walk, and get feedback on their walk,” Jones said.

Jones says most designers have already picked their models, and now the finishing touches to the cast need to be made before the April show. 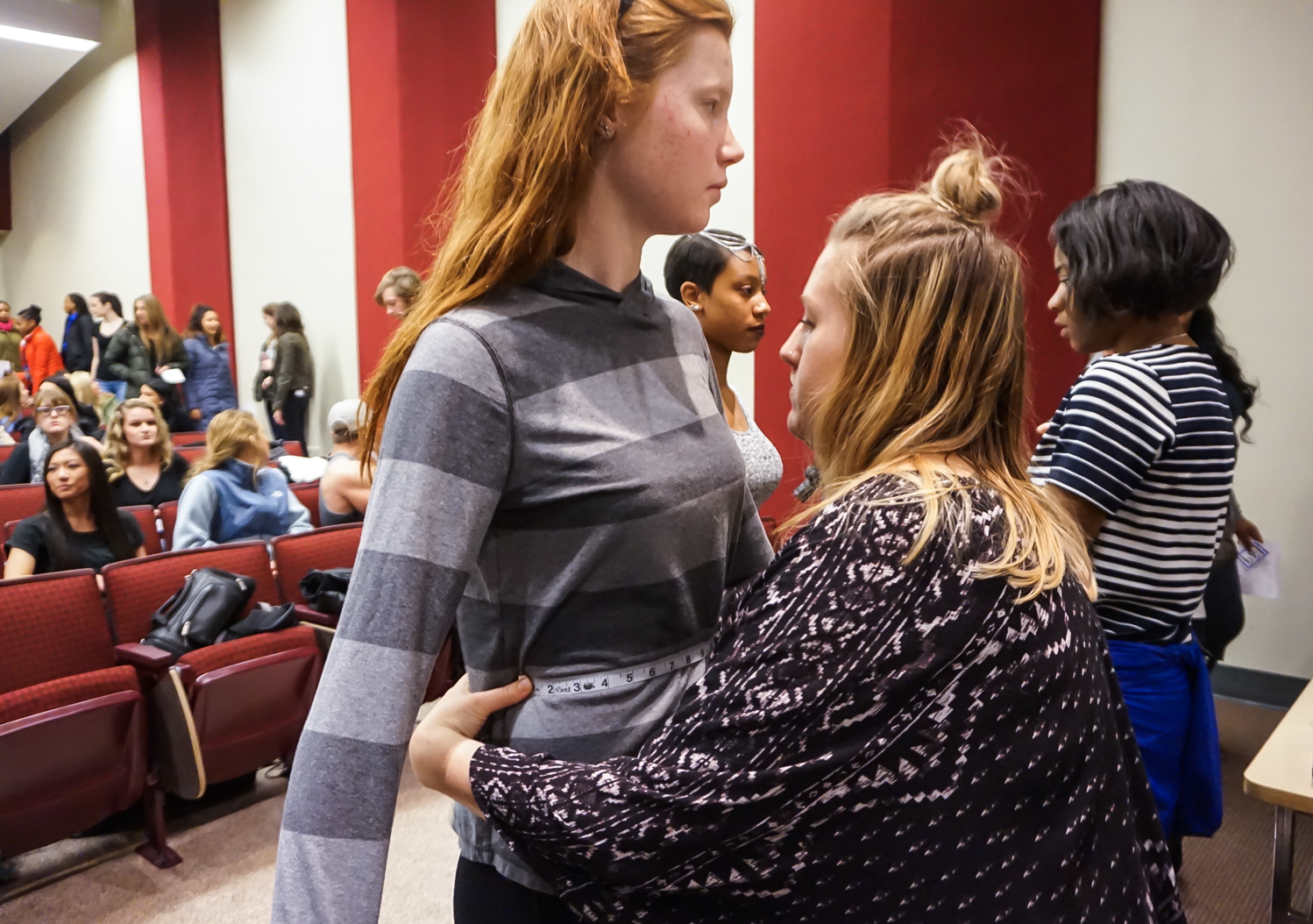 Threads is a student-run fashion show for students in the fashion design program here at CMU. Collections over the years have run from menswear and womenswear, to children’s and even a bridal collection. The event is set to be in the Finch Fieldhouse on April 26.

The model call began with some models being measured by their prospective designer, like sophomore Jomi Ogunifidtimi. “I heard about the show from word of mouth, and I’m really excited to do it,” Ogunifidtimi said while being measured. 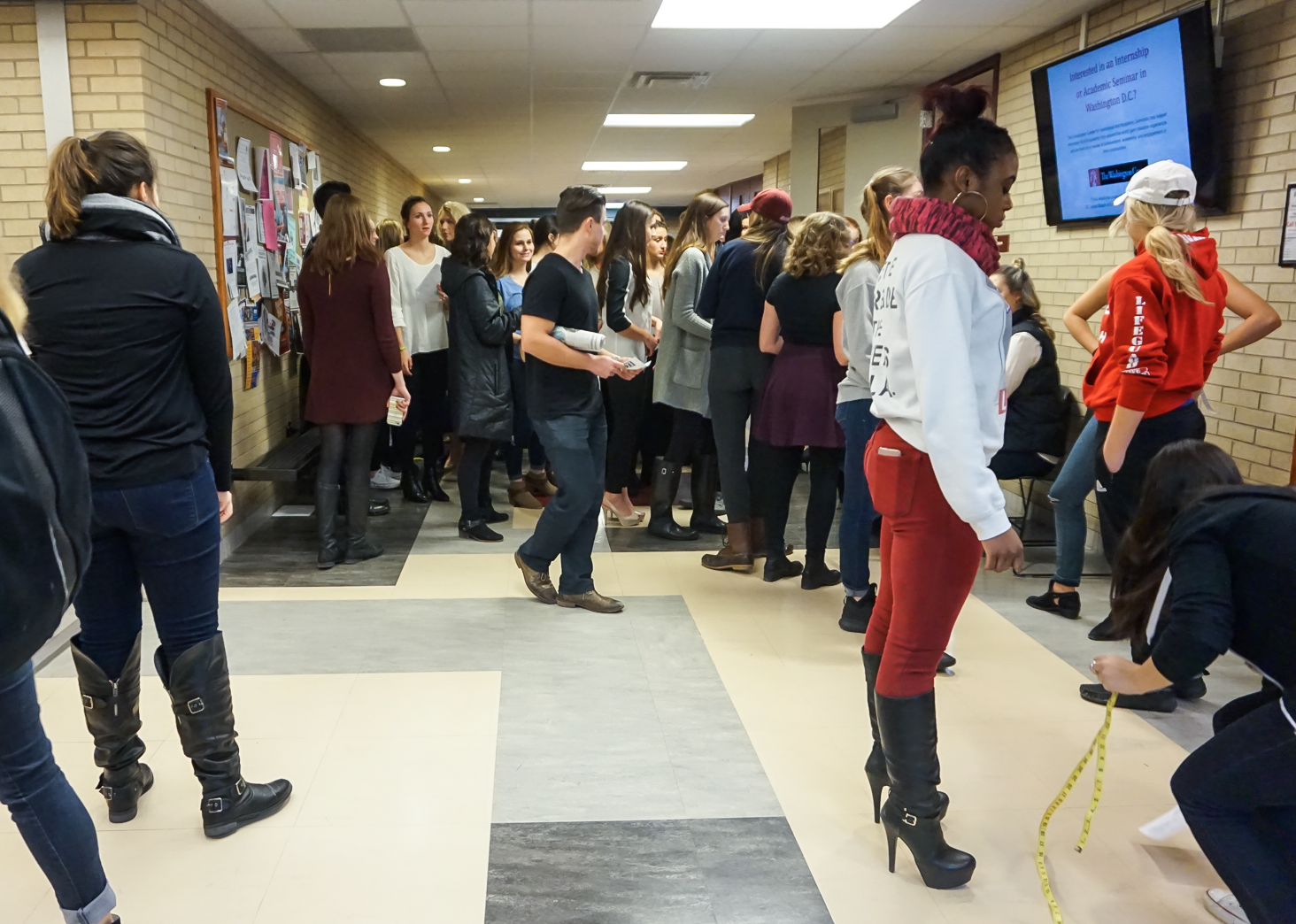 Next up prospective models who did not have a designer were looked over by the Threads crew to determine their best fit. Headshots were then taken for the crew to have their cast documented.

While the women were rocking heels, and the men wearing boots they walked down the aisles of the lecture hall to get a feel for the runway and get feedback on their walks.

The designers got their pick of leftover models with an abundance of hugs and smiles, and pizza.

Next up on the Threads agenda is fundraising for the show. Designers will also be scurrying to make their creations in hopes of another successful fashion show.

Photos and story by Devon Rademacher.