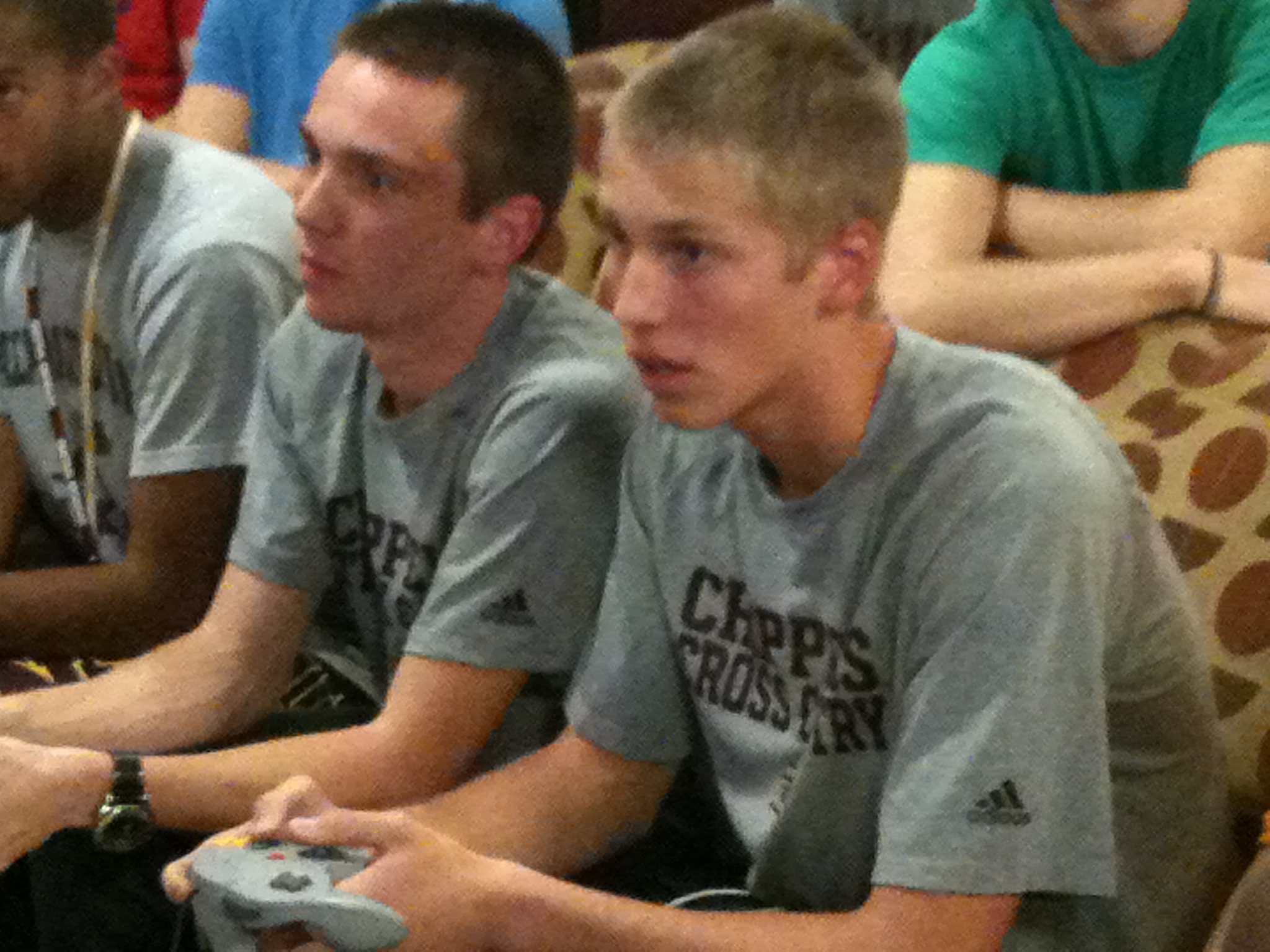 What started Thursday evening as a close match had evolved into a slaughter—a display of skill just one step short of showing off. Working together, Zach Spreitzer and Ben Wynsma made quick of their opponents in a match that caused onlookers to cringe.

By the end of the two-on-two match, Spreitzer and Wynsma were smiling.
“I was never really worried,” Spreitzer said afterwards. “By the end we weren’t really trying.”

Spreitzer and Wynsma race together on CMU’s cross-country team. This, however, was no race. This was “Super Smash Bros.” This was Nintendo 64.

Nostalgia filled the Celani lobby on the east side of campus Thursday as 20 people crowded onto four couches to play 1999’s “Super Smash Bros.” Karlo Delos Angeles was to blame. Angeles hung up fliers, set up the time and supplied the equipment just because he wanted to.

“I really just wanted to see how many people still wanted to play N-64,” Angeles said. What is most interesting is that Angeles is not associated with any RSO. “I got the idea to set up the tournament on a whim. This was a just for fun thing.”

As the tournament progressed and the bracket was completed, more and more people would stop and watch, if only for a minute. Within the first hour of the tournament, the crowd had doubled to 40.
After beating their first opponents handily, Wynsma knew they couldn’t afford to get lazy.
“The first game was our warm up, but the rest of the games won’t be that easy,” Wynsma said.

After capitalizing on a few minor errors made by their opponents, Spreitzer and Wynsma pulled it out with a final score of 10-7.

“They were a lot better than our first, and our next game will be even harder,” Wynsma said. The two had a 20-minute break between matches that they used to recuperate and study their future opponents.

“Having a basic idea of how other people play can have a huge impact,” Spreitzer said. “Just knowing which characters they choose is a huge help.”

While they studied how others played, Spreitzer and Wynsma loomed over everyone like an upcoming exam. It was no secret they were the team to beat.

Teams waged war with each other. It wasn’t long until Spreitzer and Wynsma’s final opponents had risen.

The N-64 controllers glistened with palm sweat. The crowd had thinned to just fewer than 15, and both teams were silent. With a surgeon’s focus, the teams went to work.

Spreitzer and Wynsma were up against their biggest challenge yet. Both teams were nervous as evidenced by the sheen of sweat on each player’s forehead.

As the match wore on it seemed even, but thanks to a few well-timed moves, Spreitzer and Wynsma emerged victorious again, 10-7.

They were champions. Champions of a different sort.