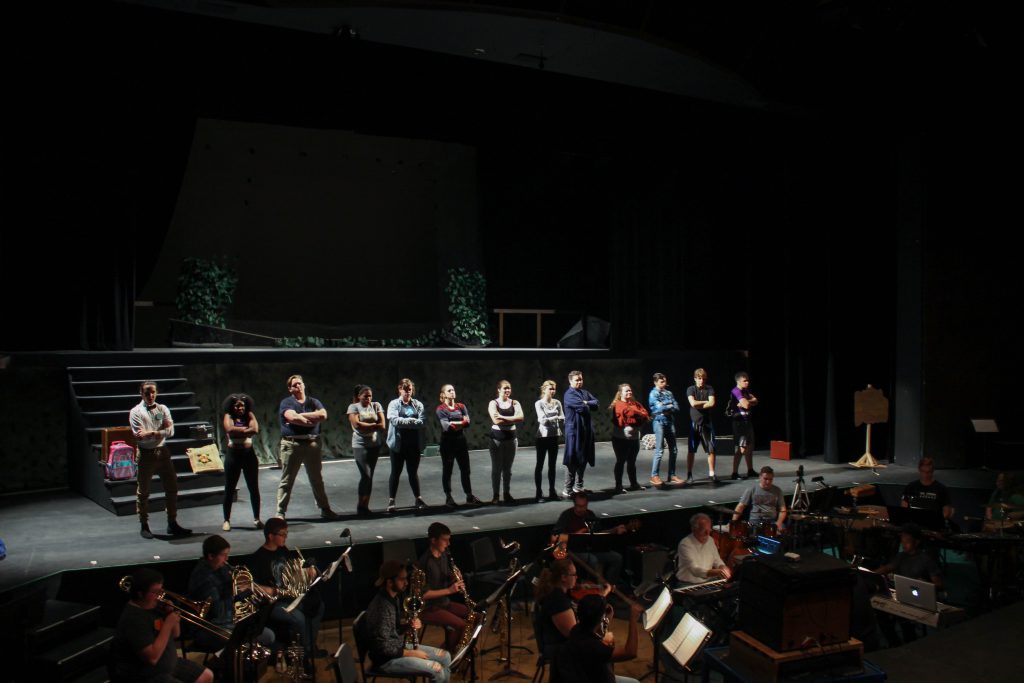 Photos and Story by Sydney Hutchison

“Shrek: The Musical” is hitting the stage at Central Michigan University’s Bush Theatre this week, Nov. 7-11. The cast and crew have been hard at work to make this show the best it can be. In fact, the show has been sold out in advance.

“About  2,500 people are going to be seeing the show… I’ve never performed in front of a crowd that big… there’s a lot of expectations and it’s really fun and exciting to try and live up to those,” sophomore Brendan Sowersby, playing Pinocchio, said. As the cast gears up for show week, they’ve recounted their favorite parts, the hardest parts and what they are looking forward to most about putting “Shrek: The Musical” on stage at CMU. 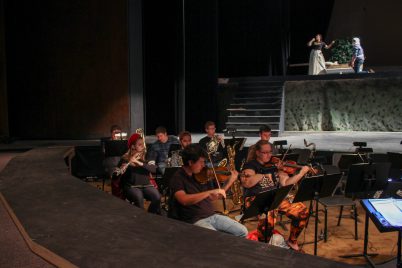 For many cast members “Shrek” has the biggest cast of any show they have been in at CMU. For musical theatre major students, working with a bigger cast is a great learning experience.

“It’s critical for us to get the experience so we know how to handle a big show with a lot of big pieces,” Sowersby said.

Most of the cast members agreed that this is one of the most supportive casts they have ever been in.

Freshman Jessica Boehmer has enjoyed getting to know everyone during her first show at CMU. “I love [the musical theater program] so far. Everyone is super friendly, it’s very family-oriented,” Boehmer said.

Another part of “Shrek” is the fantastical storytelling that goes into it. Senior Dylan Goike, who plays Lord Farquaad, said, “I’m learning it is another aspect of storytelling.… This show is really helpful for all of us in the sense that we’re getting another style of acting under our belts.” 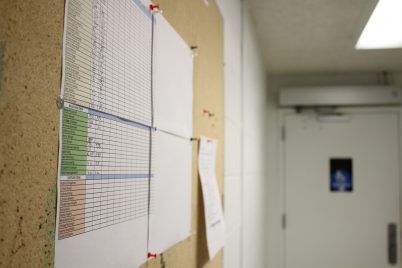 The hardest part about bringing “Shrek” to life has been the technical aspects. The show requires many intricate costumes and set pieces, not to mention making and operating a huge dragon puppet. Boehmer is the Dragonette in the show, which means she operates part of the puppet.

“For the puppet, there are four of us and we each have a part of the body. I’m the head so I rotate everything. Figuring out all the technical stuff I think has been the hardest part,” Boehmer said. 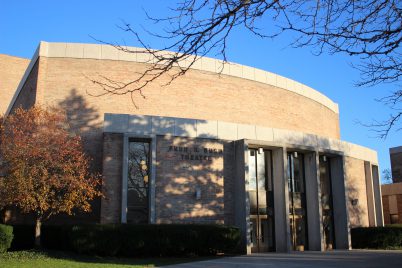 Several actors also mentioned that the late nights at rehearsal have been difficult, but they know that it will all be worth it very soon.

Boehmer specifically can’t wait to see how the “kiddos” in the audience react to the show.

“I grew up watching Shrek, so I’m excited to see all their reactions when they see everything onstage,” Boehmer said.

Even with the long nights, the complicated sets and the intricate costumes, the cast is more than excited to see their hard work pay off.

When asked what junior Sophia Rizzo, who plays Fiona, is looking forward to most about show week she said, “Everything. The whole show week is going to be chaos, but I think that’s the best part of it— because in our chaos we’re creating art.”