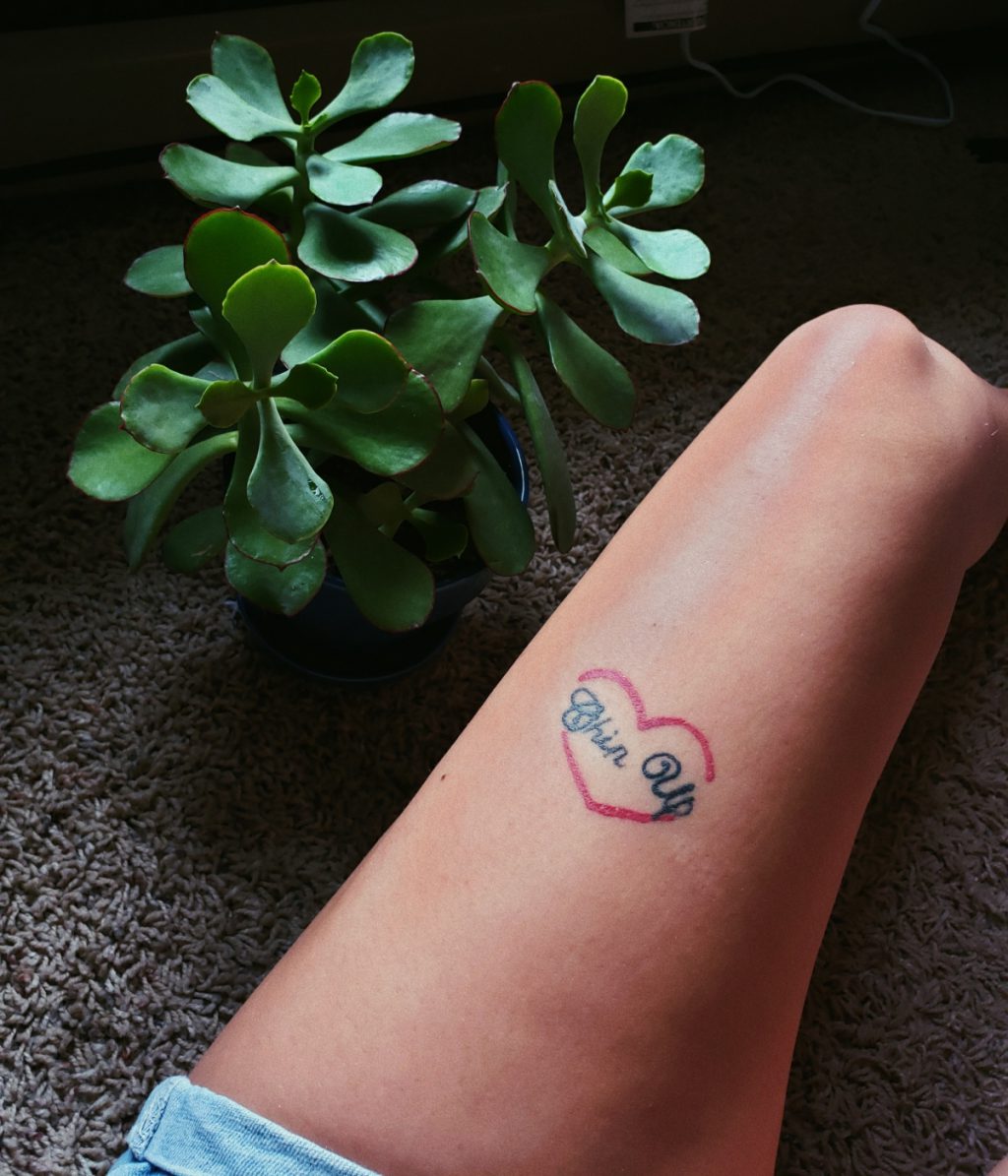 Tattoos are a great way to express yourself whether it’s just for fun or has a meaning behind it.  Many students on campus have all different kinds of tattoos that offer different stories. A few Central Michigan University students share what their tattoos mean to them.

Junior Jordan Zampa has a tattoo on the back of her neck of a cross with a stem leaf wrapping around it. When asked what the meaning was, she said, “I’m rooted in my faith.” Her and her sister were sitting in a coffee shop and they knew she’s been wanting it. They spontaneously went to the tattoo shop that day so Zampa could get the tattoo. The artist sketched it and did it for her that same day.  The process of it was very uncomfortable for her, and she got the chills but she overcame that feeling. Over the summer, Zampa reunited with her faith, so this was a very meaningful tattoo for her.

Junior Tyler Lajiness has a tattoo on the back of his calf of a man stargazing. “It represents my constant wonder of the universe around us,” Lajiness said. He got this tattoo to be spontaneous. Lajiness fell asleep while getting the tattoo, so the pain didn’t bother him. He said it was nice because the tattoo is on his calf so he was able to lay on his stomach while the tattoo artist did it.

Junior Elizabeth Kessler has a tattoo on her forearm of the Team Rocket hot air balloon from Pokémon. It’s a sibling tattoo between her and her brother. “We both grew up watching the Pokémon TV show and it was something we both loved and shared,” Kessler said. Their birthdays are only a month apart from each other so one year they decided to get it done as presents. She said it didn’t hurt too bad, but the line work hurt the most. They both got it on their forearms so they could see it often and think of each other.

Senior Autumn LaCross has a tattoo on her thigh of a heart that says “Chin Up”.

“It’s not particularly meaningful, but I got the tattoo facing me as a reminder to stay positive when I read it, ” She said. LaCross noted that it hurt getting the tattoo, but not enough to stop her from getting more in the future.

Junior Joe Servitto has a tattoo of the word “Family” written across his back, from shoulder blade to shoulder blade. “Family is the most important thing to me,” he said. “It’s at the center of my core values.” The tattoo took two and a half hours to complete. He said it hurt the most when the tattoo artist was working on his spine.