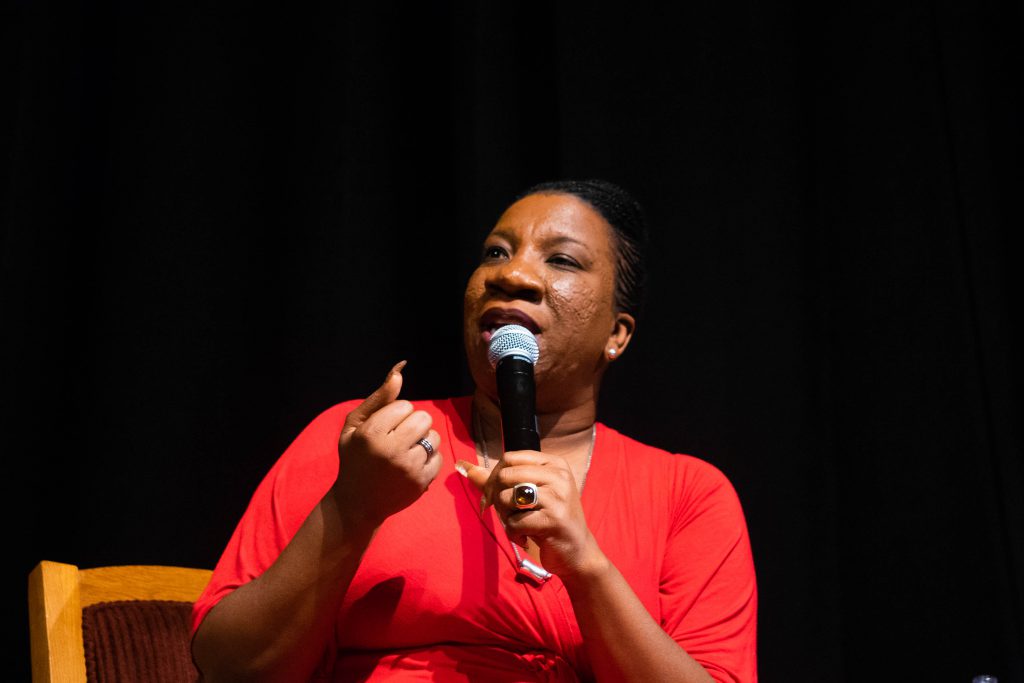 Story and photos by Rickey Portis

Tarana Burke, the creator of the #MeToo movement that took Hollywood and the rest of United States by storm, came to Central Michigan University Monday, Sept. 17 to speak to the community about her legacy.

Burke had actually started the #MeToo movement on social media in 2006, but it didn’t hit mainstream media until about 2017 when accusations against famous film-producer Harvey Weinstein came to light in a post by actress Rose McGowan.

Suddenly, sexual assault survivors from all walks of life were coming forward with their stories of sexual harassment and assault, particularly in the workplace. At first only supportive and encouraging  feedback was exchanged, but skepticism and counter-accusations followed in close pursuit, especially attacking credibility.

“This is a movement about healing and taking action, and if we distract from that, in a way will miss an opportunity… Don’t be distracted by the noise, all the noise will distract you from the mission… This is not a movement about taking down powerful men, to be honest these men have less to do about the the women who have spoken up against them, this is about finding a frequency where they are heard. A Harvey Weinstein can not exist for decades without the complexity of those corporations,” said Burke during her event in the Plachta auditorium.

Left: Staff Member Sarah Fiorillo, “The me too movement gives women from all different backgrounds a platform to share their stories.” Right: Senior Mark Heideman, “The Me too movement empowers those who have experienced trauma in the form of sexual abuse.”

Left: Senior Samantha Daily, “The Me Too movement brings together men and women in a positive environment where it’s safe to talk; it’s important for people to get their stories out there and get more recognition so that sexual assault will be taken more seriously.” Right: Danielle Horton, “The me too movement is a collection of women to come together to share in their experiences; it’s a call to action for women to share their stories and not be a ashamed.”