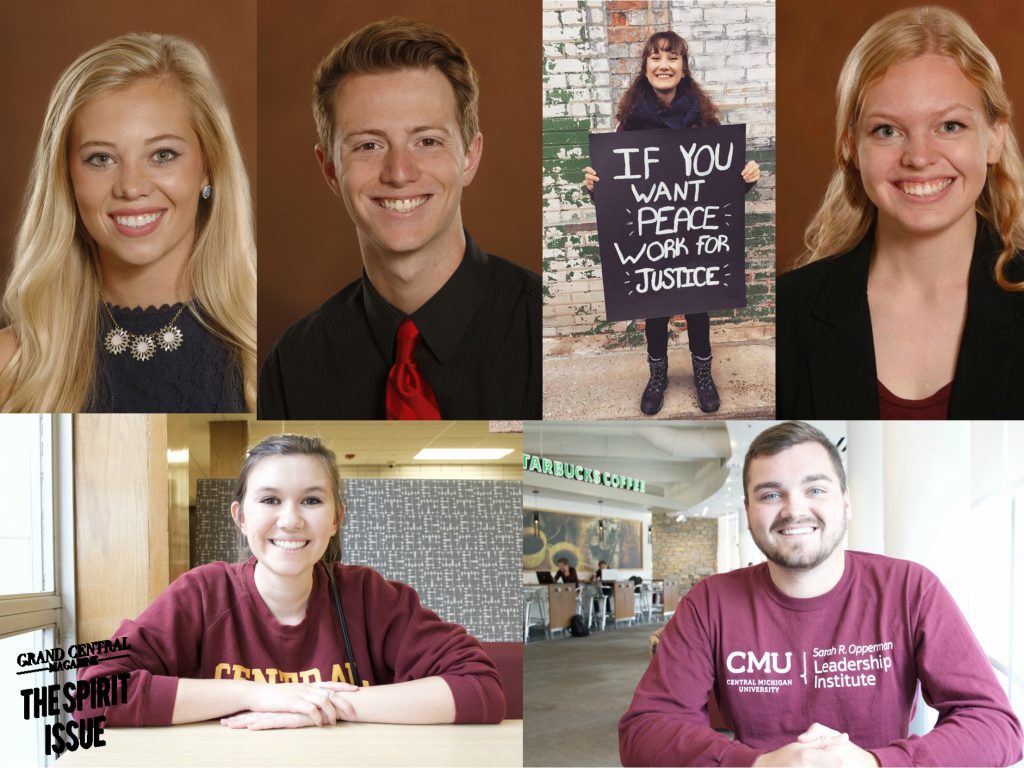 As campus gets dressed in maroon and gold and “fire up” is shouted more than ever, one cannot help but wonder what goes into making homecoming so great.

A key tradition that goes into a CMU homecoming is the ambassadors.

Stephanie Hare, a first-year graduate student and an Office of Student Activities and Involvement staff member, knows a lot about the ambassadors, what they do, and how they gain their title.

“This is a long-standing CMU tradition where the university’s top leaders on campus go through an extensive application, interview and voting process,” Hare said. “Homecoming ambassadors are students that are a reflection of what CMU stands for and a reflection of the universities core values. These individuals are highly involved all around campus and are truly stand out leaders on CMU’s campus.”

Each campus ambassador is honored to be in the place that they are in because it takes a lot for them to get there. They must be nominated by an outside source, then they must go through a panel to pick the top ten, then the student body votes for the Golden Ambassador through OrgSync.

“I was nominated by the Alternative Breaks program; it was never something I truly thought I would end up partaking in or even be considered for,” Jennifer Peacock said. “Once the ball got rolling, it seemed like an amazing opportunity to represent first-generation students who may not have had an easy start here at CMU.”

To some, the term Homecoming Ambassador seems very foreign. Even some of the ambassadors themselves had a time where they were not sure what the title meant.

“I found out about homecoming ambassadors when I attended Program Board’s Maroonzie in the spring of my freshmen year, Caroline Murry said. Twenty student leaders, most of which I knew and looked up to, were announced to be homecoming ambassadors. I thought it was really cool to see such an inspiring group of leaders come together to make homecoming wonderful.”

Once the ambassador gains their title, their schedules get filled with homecoming activities.

“As an Ambassador, we get to help with each of the events and activities throughout the week of homecoming, said Samantha Berryhill. This could range from spreading school spirit and representing our school to even jumping in the water and helping with the battleship activity in the SAC pool.”

“We will be present at all the events, Zach Oborne said, we judge things, we are there to greet people, just to get people fired up for the week. Basically, I will be at all the events just being present and a friendly face.”

A Chippewa homecoming is one that involves a lot of preparation. We can thank our homecoming committee for putting it all together and making it run smoothly. Some of our ambassadors will be involved with the preparation of specific events during the week of homecoming.

“I’m actually the Trivia Coordinator in addition to being an Ambassador, Joshua Belcher said, so I’m managing and coordinating Trivia (as well as being the emcee) for the Thursday of Homecoming Week. I’m very thankful that the other Committee members and Ambassadors will be able to help!”

Homecoming week is full of fun events for students to get involved in. When out at an event be sure to look out for our Homecoming Ambassadors spreading CMU spirit everywhere they go. Let this 125th Homecoming be the best one yet, fire up!