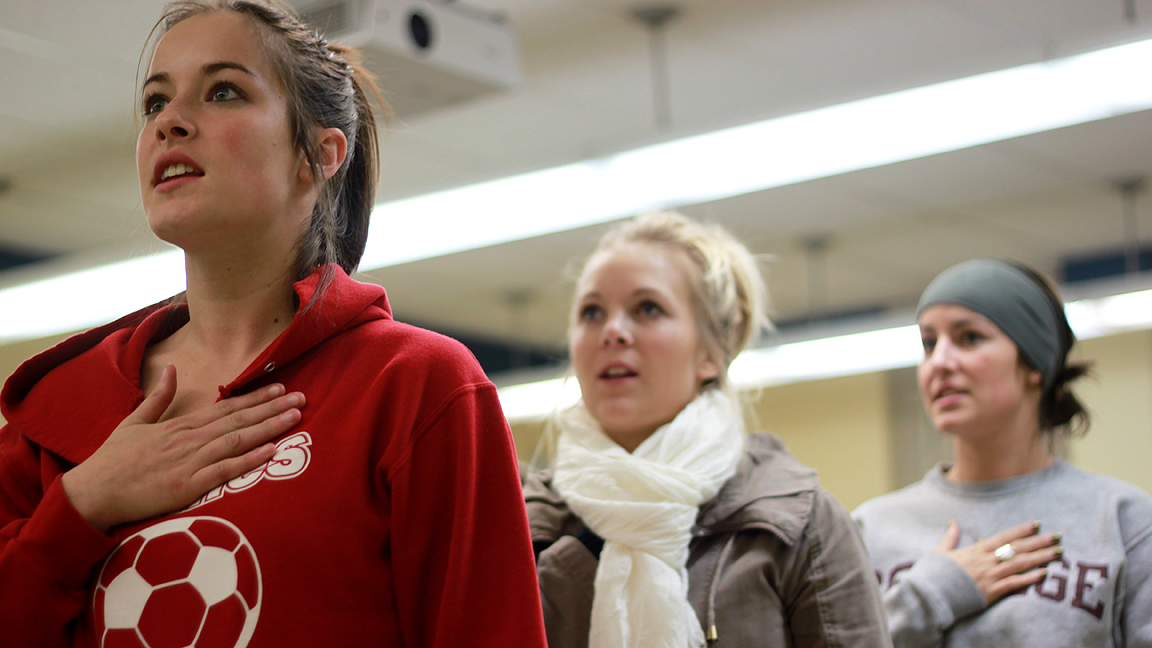 In less than a year, America will elect the candidate it feels is best suited for the throne at the Oval Office.

As of late, the playing field for the coveted trophy of commander in chief has expanded. The Democrats thus far are limited, realistically, to an incumbency. The Republicans, however, have been churning out more candidates than Ben and Jerry’s ice cream flavors. To limit the scope and in an attempt to not overwhelm viewers, recent debates have only crammed in eight soapboxes for participants to stand upon. Students in Central Michigan University’s College Republicans weigh in on the selection.

“A lot can change over the span of the election with so many candidates and so many options,” Inks said. “As we get closer to the primaries, people will get closer to a final decision.”

This early in the election cycle, many have narrowed the focus of the Grand Ol’ Party candidate and stood behind previous runner and former Governor of Massachusetts, Mitt Romney. Farmington Hills student and College Republican member Katelyn Williams views Romney as having the most potential because of his moderate stance on issues.

“He’s definitely been the most prominent thus far,” Williams said. “He gains more support for that compared to Tea Party members.”

Inks believes a less conservative scope and delegating skills will be the ticket for a 2012 Romney victory.

“He’s shown that he can reach across the aisle and with the Senate controlled by the Democrats, bipartisanship is very important,” Inks said.

Williams says that Romney’s only real opponent in the packed party debates is himself. While he may lose some conservative Christian voters in light of his Mormonism, the real threat are his changing stances.

“If anything, his ‘flip-flopping’ problem will hold him back more than his religion,” Williams said. “If this pattern continues, that could cause huge problems later on.”

If the ghost of the ‘flip-flopper’ continues to haunt Romney, other candidates stand to gain more than just their 15 minutes of fame. Recently, the spotlight has brightened on GOP hopeful and former Godfather’s Pizza CEO, Herman Cain — though maybe not for the best reasons. There have been numerous sexual harassment allegations against him, as well as a lengthy extra-marital affair coming forward.

“I feel that if Herman Cain were to be elected, it would be for the wrong reasons,” Farmington Hills student Jessica Williams said.

She’s on the Romney wagon too: “I would rather see someone like Mitt Romney because he’s gained popularity because of his ideals and the things he wants to accomplish.”

Attachment to unpopular subjects could not only be a problem for Cain but also Minnesota congresswoman Michelle Bachmann. As a leading representative for the Tea Party caucus, she could stand to suffer because of more radical approaches.

“It definitely hurts her chances,” Greenville native Kristin Jenson said. “They don’t have a great reputation.”

In the race for the White House, reputation is everything. Undoubtedly, there are many surprises in store before the Republican primary election, but it seems many of the hopeful runners are dead on arrival. Former Libertarian candidate Ron Paul seems simply a standard and unexciting opening act in the circus. And Texas governor Rick Perry could have put the last nail in his coffin with his memory lapse at a recent debate. That is, unless he has some Kill Bill capability he’s saving for later.

Many have placed their faith — Mormon or not — behind Mitt Romney for the Republican candidate. But Inks encourages continued research for students to find a candidate that most appropriately suits their ideas on certain issues. The College Republicans have plans to hold voter registration drives to further encourage activity in the upcoming 2012 election.

“It’s something that’s going to affect our future,” Inks said. “We have the most to gain and the most to lose from it.”