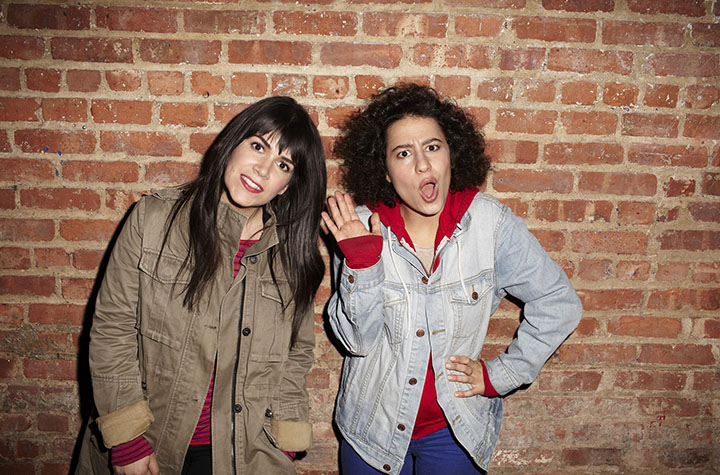 For years, Comedy Central has had a lineup stacked with shows all about the life of dudes. Tosh.0, the popular clip show where every joke seems culled from Tucker Max novels, is one such example.

Women are often the butt of jokes, as are any racial minority; a shtick that has started to run stale over several seasons. Workaholics is another, which details the trials and tribulations of three boorish men (and admittedly, is often really funny).

But one must give credit where credit is due; with the inclusion of a few great new shows — namely “Inside Amy Schumer” and “Broad City” — the station has started to feel less like hanging out with the obnoxious male crowd and more like a network making honest strides to be more inclusive.

Especially in the case of “Broad City,” which just finished its third week on air, Comedy Central seems to have struck gold. The female-centric show began as a web series dealing with Abbi Jacobson and Ilana Glazer; two friends living out day-to-day mishaps in New York City. Alums of the Upright Citizens Brigade, Glazer and Jacobson seem to be a classic comedy duo in the making, and their onscreen chemistry has clearly been developing and improving since the show’s formation in 2009.

At least in writing, the show seems to be Comedy Central’s response to the success of “Girls,” which have led some to dismiss it as a minor rip-off of the HBO series. It’s an easy comparison to make, but it’s also not accurate in the slightest. Glazer and Jacobson are working more in the vein of  say, “Seinfeld” or “Soap,” shows that are keen in observational humor, but also aren’t afraid to take a shameless jump into absurdity once in a while.

“Girls”, especially in its last two seasons, has decided to add more drama into its story and forgo its roots in awkward comedy setups. “Broad City” doesn’t seem interested in taking this route, and it may end up as all the better for it.

“Broad City”‘s first episode, “What A Wonderful World,” is all about the girls scoring tickets to a Weezy concert. Such a simple premise could yield thin results, but there is not a wasted minute in the half-hour episode. The show’s character introductions and riotous comedy feel effortless, and it’s in this nonchalant approach to the writing — keeping the histrionic portrayals of 20-something adults to a minimum — that lends it an infectious and welcoming vibe from the get-go.

As with a lot of other programs on Comedy Central, marijuana is integral to the show, often used as a way for the characters to deal with their socioeconomic status. In these episodes, “Broad City” is less about smoking the drug than it is about scoring it through any means necessary.

These added-in details (which other programs might find extraneous) show young-adult drug use in a more realistic and often funnier manner than most shows, who have made getting high a focal point. Its dedication to showing the real struggle of scrounging up cash is refreshing, and one mustn’t dismiss this as another stoner show about privilege. It is way too smart for such a reductive label.

Glazer and Jacobson also prove right away to be remarkable in physical comedy in these three episodes. This especially rings true in the second episode, where Abbi, stuck in a doctor’s office, goes to the bathroom and proceeds, in a crazed stupor, to smoke a large amount of pot. This sets off the sprinklers and smoke alarm in the restroom, sending her back into the lobby soaking wet and rolling around on the floor in front of a bunch of little kids and their parents.

It’s energy is reminiscent of the uproarious quaaludes scene in “The Wolf of Wall Street”, or perhaps a Marx Brothers comedy. Indeed, this kind of brilliance is becoming hard to find on network television.

These reasons, and many more, are what make this show an essential watch. There are a few minor rough spots littered in the first two episodes, but it’s impossible to deny such delirious highs. The mixed reviews are disheartening, but it’s only in its first season with several episodes left to go. “Broad City” hasn’t even had the time to grow as a network series yet, and it’s already well on its way to making a serious mark.