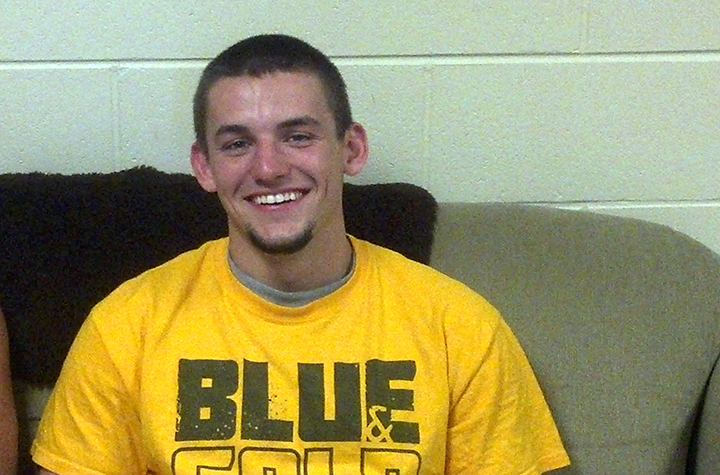 While some only focus on the last season’s record of 6-6 when analyzing the Central Michigan football team, few take the time to truly consider the talented individuals that make up the Chippewa roster.

“People here say I have an accent, but I think they have an accent too,” Howard said. “Picking up on Michigander terminology has been interesting but I’ve adjusted well I’d say.”

Howard left behind family and friends in order to accomplish his collegiate dreams of getting an education and playing for Central’s football team.

As a sophomore, Howard said it still gets hard for him to be away from his family for so long. Howard has three younger siblings, a 6-year-old, 3-year-old and 1-year-old.

“Being away from them when they’re so young and growing up is hard,” Howard said. “It feels like I’m missing a lot.”

Since coming to Central, Howard’s peers have welcomed his personality and sense of humor since joining the team. Howard takes pride in being social and having fun and feels his transition to the Central Michigan culture has been smooth.

Howard soaks up every moment of wearing the No. 87 on his chest and has become good friends with redshirt sophomore defensive lineman Lance Sanders.

“When me and Connor first met, he was trying to be a funny guy, but he reached out to me and was really cool and we’ve been good friends ever since,” Sanders said.

Junior defensive back Colton Odykirk calls Howard a great teammate and admires his attitude and what he brings to the team.

“With an attitude like Connor has, good things will come,” Odykirk said. “He’s a great teammate with a good work ethic and I feel like that’ll carry over to whatever he does.”

On the field, Howard is a versatile player who is open to play various positions on the field, whether it’s on special teams or offense. Fulfilling those roles begins with hard work for Howard.

“Everybody wants to go to the NFL,” Howard said. “I’m definitely going to work for that, but with the way things are in sports I’m not banking on it. Anything can happen. So I’m trying to make sure I take care of business as far as my education.”

Howard is majoring in sports management with a minor in Spanish and sees the soccer environment in Spain as a great market to work in that some Americans may not have considered. He is balancing 17 credits this semester with a series of workouts to help him get in shape for the upcoming season.

“It’s a lot but hopefully it’ll be all worth it,” Howard said.