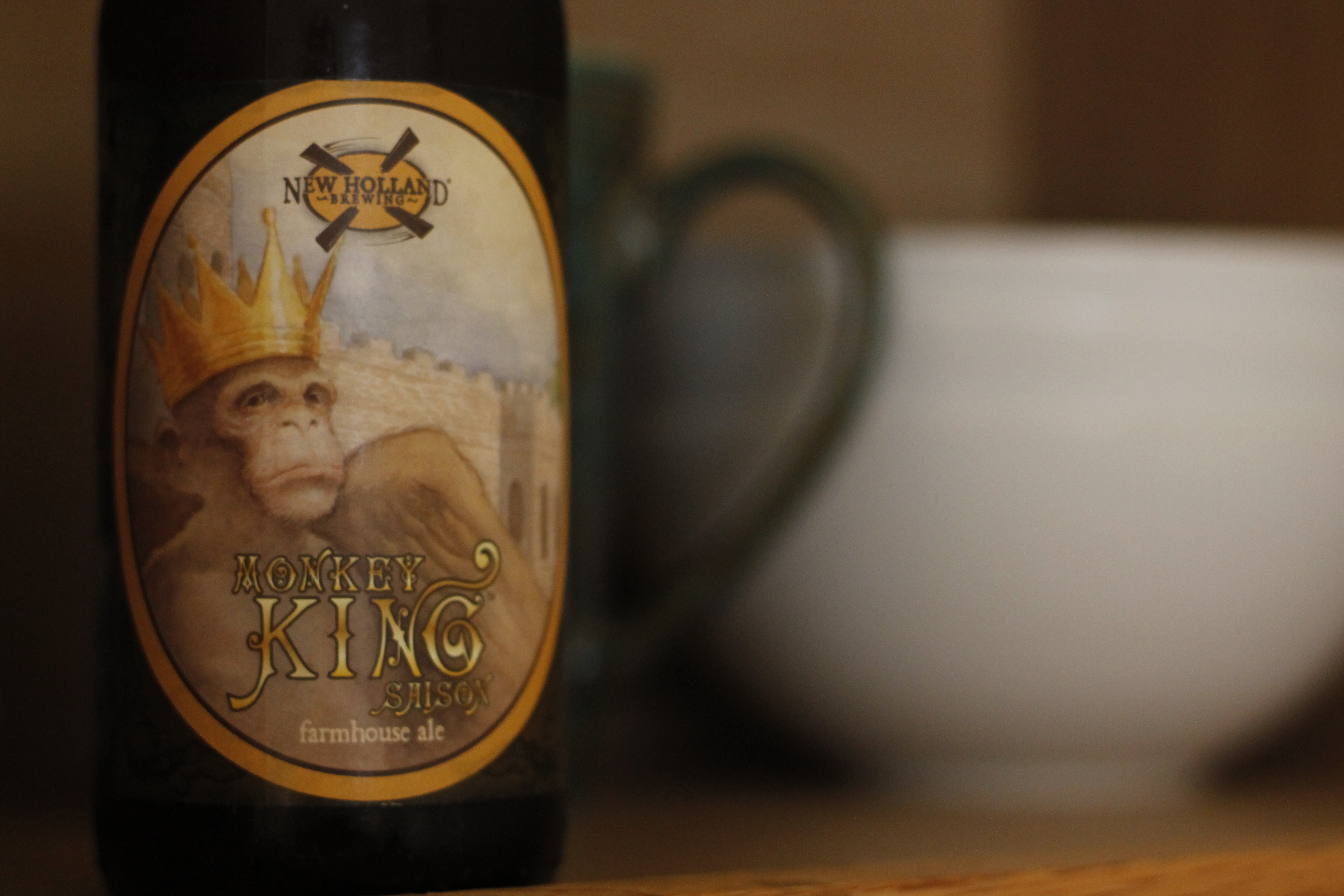 Have you ever had one of those dreams that was so weird, you expected to wake up in a pool of your own sweat – dazed and confused, but instead, you wake with a sense of joy and amusement?

This week’s craft beer, Monkey King, is the physical manifestation of one of those dreams. It is brewed, bottled, given an interesting name and is very different from its other craft beer counterparts.

Crafted by the New Holland Brewery in Holland, Michigan, Monkey King is a medium-bodied farmhouse ale with a smooth flavor of spice and wheat that’s not too overpowering to the senses.

The eyes and mind however can be quickly deceived by staring at the bottle’s label and thinking too hard about it.

How exactly does a monkey become king? Do monkeys follow the same general traditions of human monarchies, or is the position of king just symbolic?

Rules aside, this monkey king seems to be just, and the ale, closely following in the footsteps of its intriguing mascot, has almost no after taste and can be enjoyed fully until the bottle is empty.

Traditionally, farmhouse ales are brewed in the winter, stored and enjoyed later into the summer months. However, since farmhouse ales have been growing in popularity – which is no surprise given this beer’s wondrous flavor – Monkey King is available year round.

Next time you’re searching for a craft beer to try, pick up a bottle of Monkey King. You will not be disappointed.