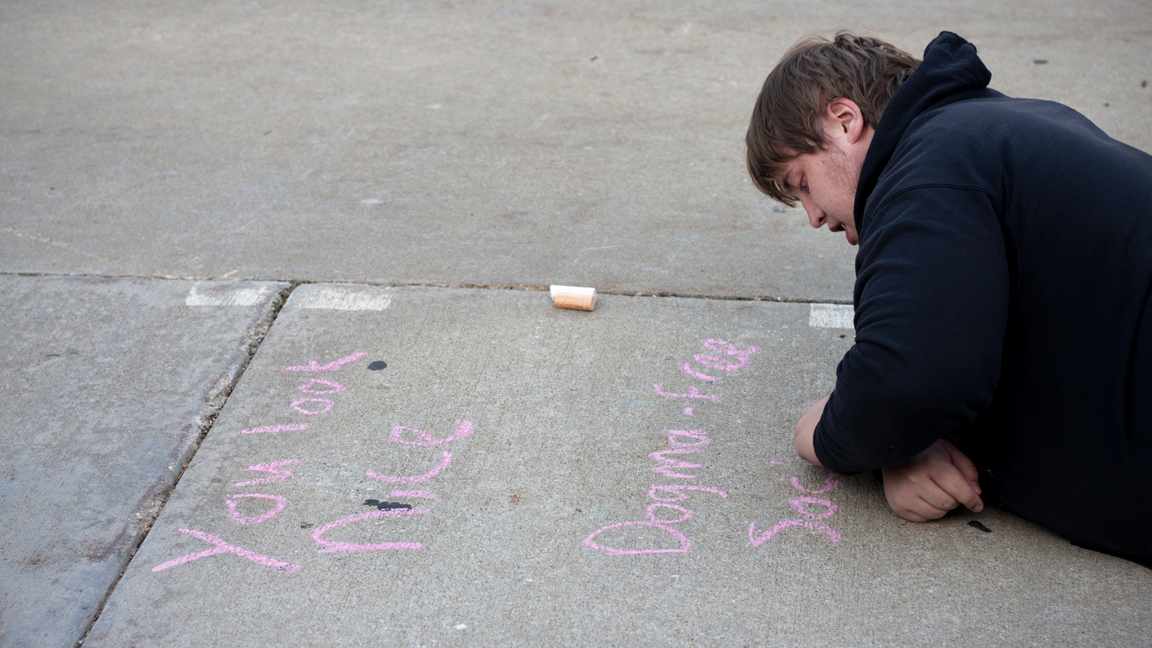 Ann Goodfellow slips into her usual Thursday night seat in Anspach 153. Before her group meeting begins, she checks her planner to make sure she hasn’t forgotten any upcoming assignments or events. She waits for her peers to fill the room. As average as Goodfellow and others present in Anspach 153 seem, they are among one of the most discriminated against sectors in the United States. They are Non-Religious.

After coming to college, Goodfellow and numerous students found a safe haven in The Dogma-Free Society (DFS) at Central Michigan University, a group seeking to provide a judgment-free environment for students unsure about religious beliefs and curious about exploring Non-religious, Atheist, Freethinker and Agnostic viewpoints. DFS also seeks to eliminate ignorance about its members’ beliefs to prevent discrimination. It’s made clear by the group’s promotions and meeting discussions that all religious affiliations, if any, are free to participate. Their ultimate goal is to show how alike its members are to other college students, dogma or no dogma.

Like any other Registered Student Organization (RSO) on campus, DFS starts meetings off by settling business matters and discussing current events and issues. During this time of year when freshmen take on more responsibility, the group’s key matter of business is increasing name recognition and explaining their mission to these campus newcomers. Another portion of the agenda is organizing participation of numerous future charity events. DFS focuses on donating time and money to different causes like Big Brothers Big Sisters and the Special Olympics. This school year, DFS hopes to participate in community kindnesses big and small. From cleaning up campus and Mount Pleasant’s rivers to doling out free hugs and hot cocoa to students, the members of this RSO just want to show their humanity.

Members volunteer for community benefit and to defuse discrimination–they hope to show that the Non-Religious don’t have to be non-moralistic.

“You don’t have to be religious to have morality,” DFS President Cory Kinne said. “Associating our name with these positive goals should help the Non-Religious image.”

But it seems the nation thinks differently. A 2007 Gallup poll that showed Americans would be least likely to vote an atheist president into office. The statistics displayed that 53% of voters would be completely against an atheist as head of state. These numbers don’t surprise the members of Kinne’s group as they recall discrimination they’ve handled in the past.

Goodfellow was brought up by a veteran church organist mother and a preacher stepfather. For many years she contemplated how to tell her religious family that her faith in Christianity had faded and that she now considers herself Non-Religious. She felt nervous to share her beliefs with not just family, but also friends.

“After some people find out that I’m Non-Religious, they’re like ‘Oh, that’s a shame! She’s so nice,’” Goodfellow said. “It’s the friends in DFS that helped me deal with stuff like that.”

But Goodfellow is not alone in her experience. Other members have shared similar occurrences.

“It’s a lot easier to sit behind your computer screen and spread your own prejudices,” Vice President Dylan Clauson said. “But I haven’t dealt with any direct actions at CMU apart from people tearing down our fliers.”

Flier defacing aside, members assure that DFS is open to discuss other beliefs and opinions.

“If anyone feels they have a problem with DFS they’re free to come to our meetings and discuss.” Harrison Township’s Gina Cipriano said.

According to the members of DFS, the key to eliminating all discrimination is discussion and education about other beliefs. They believe prejudices and generalizations wane with education.

As the meeting came to a close, Goodfellow gathered her things and chatted with friends as they exited the room. The Dogma-Free Society just completed its weekly duty–spreading the message of humanity and morality beyond the bounds of religious dogmas. It’s an average RSO meeting in an average classroom, providing an extraordinary amount of support to students across campus. They infuse normalcy into the lives of the Non-Religious.