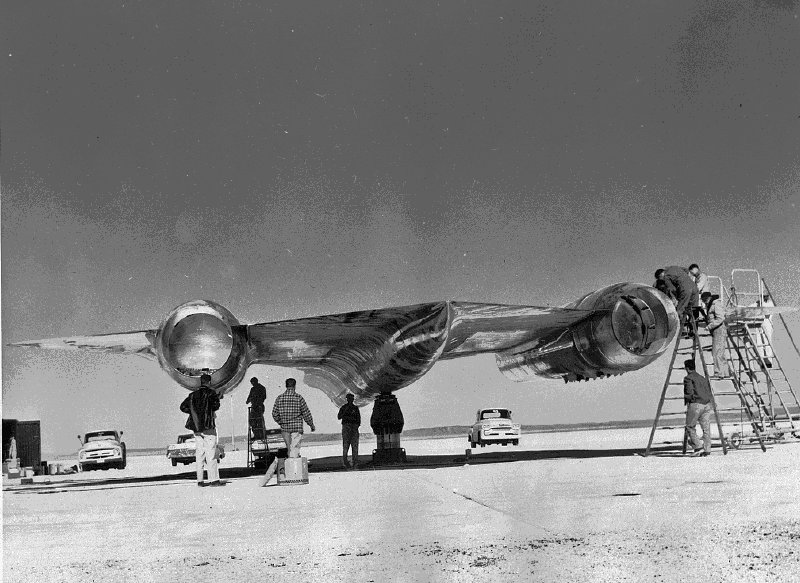 Annie Jacobsen knows things that the creators of “The X-Files” only dreamed about.

After hundreds of hours of exhaustive research and interviews, Jacobsen has peeled back the layers of the infamous military mystery Area 51, which her new book definitively claims is a military base in Nevada, about 75 miles north of Las Vegas. More importantly, though, she wants you to know it isn’t full of aliens or the supernatural.

“Area 51 was this base that was set up to push science and technology faster and further than any other foreign nation, to stay ahead of the enemy,” Jacobsen said.

Jacobsen’s book, “Area 51: An Uncensored History of America’s Top Secret Military Base,” is a two-part magazine feature turned in-depth, nearly 550-page account of interviews she personally conducted with retired scientists and military personnel who worked at the base during the Cold War and beyond.

“I have all these people in my book that lived and worked there for extended periods of time and at the same time it still doesn’t officially exist,” she said.

The book was intended to have another element added to the interviews and declassified government documents. When Jacobsen received a tip from a retired Area 51 scientist named Edward Lovick at a Christmas Eve dinner party in 2007, she contacted the CIA soon after to try to arrange a tour of the facility.

“I suggested I should be the first journalist to have a tour, and not only did they tell me they couldn’t help me in that regard but they put my request in quotes to really distance themselves from any kind of acknowledgment of what I was talking about,” she said.

This fascinated her as a National Security reporter, and she was driven to find answers. After 74 interviews with retired Area 51 personnel for the book, the U.S. government still won’t acknowledge the facility.

She isn’t the only one who doesn’t have a “Need to Know” about the secret base. As asserted in her book, when Bill Clinton was president he inquired into Area 51, and was told that he didn’t need access, either.

You can imagine that more than 500 pages of narrative gave Jacobsen plenty of time to expand on her findings about Area 51. Several government prototypes are not only explained at length, but there are also pictures of them.

“Some of the projects that were developed down there, particularly the CIA spy plane program U-2 or the A-12 (airplane prototype) were fascinating to me because they were so far ahead of their time,” she said.

Jacobsen said she was able to stay focused on Area 51 from the initial tip in 2007 up until publication of her book in May 2011 because as a journalist, finding a subject that intrigued her made a daunting undertaking like this one easier to undertake. She claims to favor “long-form journalism,” so talking with many of the subjects at great length was necessary to get the information she needed. She claims that shorter-form news reporting, like what she does working as a feature writer and Contributing Editor at “The Los Angeles Times Magazine,” is a “great way to stay in shape.”

Her next undertaking will be good exercise for another book she plans to write. Though she was vague on details, Jacobsen said her next project for the magazine is a story on a Special Forces raid that she claims was a blueprint for the one that killed Osama bin Laden at the Abbottabad compound.

“I’m always interested in history; how the past serves the present,” she said.

After she’s whipped herself into shape with that article in the magazine, she already has plans for another book about secretive government exploits. It’s another book about what she calls “The Black World,” which is where Area 51 exists.