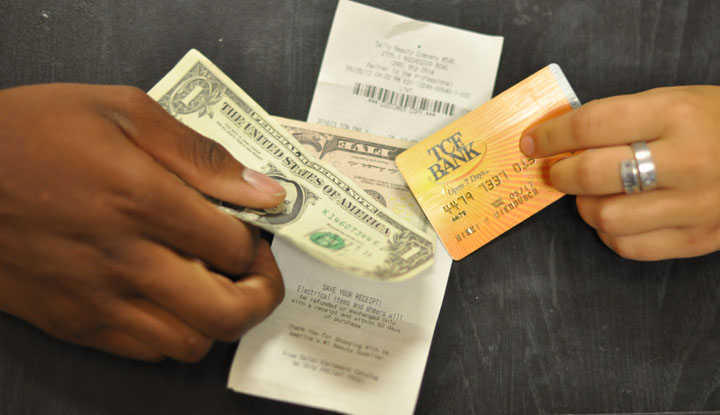 We’ve all had those awkward first encounters on a date when you don’t exactly know what to say or how to act. You’re too worried about if they like you or not that you can’t concentrate on what you’re doing.

To make it worse, all of the relationship advice in magazines is targeted to an older audience, which doesn’t always apply to the typical college student.

Here are a few guidelines that every college student should remember when going on that first date:

Don’t lie— if he asks if you saw the awesome Tigers game last night and you didn’t, do not say that you did. Never start off what could be a new relationship with lying or it will end that way.

Don’t talk about how drunk you were last night or how much you can drink. Keep it classy, Central. Besides, being an alcoholic really isn’t that impressive, especially on a first date.

Do not spend all night talking about yourself or your ex. Yes, they probably want to get to know you, but they don’t need to hear your entire life story in one sitting. To ensure a second date with this person, make sure there’s more left to learn about you.

“I’ve been in situation where I was not sure if they were dates or just hangouts, so I wish our generation went on more formal dates,” junior Katy Kildee said. “It seems like everyone just hooks up and gets married, no courting.”

With that being said, do not talk about marriage or getting engaged. Marriage might be something that they eventually want, but talking about it on the first date might scare them away. They just met you five minutes ago, so planning the future to that extent is not OK.

If the guy wants to pay, let him. You can offer to help, but if he insists, let him and remember to say thank you.

There is nothing wrong with meeting someone on a double date, especially if it’s a blind date. If a mutual friend wants to set you up with someone, have them tag along so you have that one thing in common to fall back to. That mutual friend can help start conversations and avoid awkward silences.

If your first date involves food, do not take something off their plate, especially without asking. No one wants a fork poking around in their meal.

Guys, belching is not attractive. It doesn’t matter if you can burp the alphabet, we don’t want to hear that on a first date, if ever. Try not to let any bodily functions escape in front of her. If you are in dire need of a release, try to leave the room. Don’t blame it on the guy next to you if it slips out, own up to it so she knows you’re honest.

Girls, you want to look cute, but don’t dress like someone you’re not. If you can’t walk in the shoes, don’t try to wear them. Falling on your face in front of the guy you just met is not the best impression.

If at the end of the date it went well and you want to meet up again, suggest something different than going out to dinner. Try mini-golfing, bowling, grab some coffee or drinks, but don’t do the same exact date again. Let them know that you can be comfortable in a variety of settings and not just in a dark bar.

If the date goes bad, be careful who you tell about it.

“I went on a first date with a guy to a movie and it was awful,” alumna Desirea Faust said. “After he dropped me off he meant to text the girl that set us up, but he texted me saying that he blew it because of the bad movie. I would suggest double checking your phone about who you are texting before you send the text.”

If for some reason you decide you don’t want to see this person again, then don’t lead them on. We’re college students, we’re more mature than that and everyone deserves to know where they stand. Depending on what you did for the first date, it might be hard to decide if you want to go out again. If you know for sure that you don’t want to continue, kindly thank them for meeting you and let them know that you don’t think it went very well. Whatever you do, don’t lie to them about wanting to see them again if you don’t. Be gentle about it, it’s not easy to have your hopes crushed by someone you just met.

Remember to be yourself, don’t battle to be the most impressive. If it’s meant to be it will find a way to work out, otherwise there’s plenty of other options around campus.