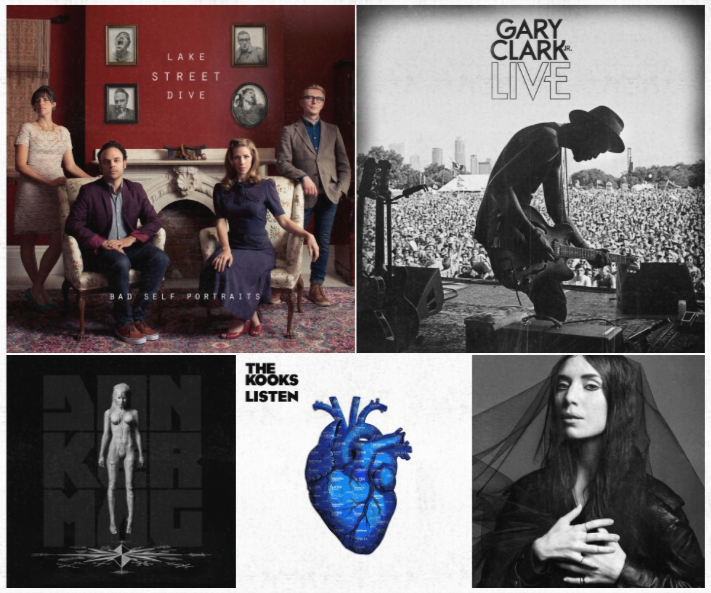 These albums, all great in their own right, didn’t get much airtime in 2014. From blues guitarist Gary Clark, Jr. to rap/rave group Die Antwoord, below are some undiscovered gems from this past year.

This Swedish singer-songwriter (pronounced Licky Lee) offers a smooth indie sound with spectacular harmonizing on her third studio album, “I Never Learn.” Li’s first two albums were distinctly pop, but this LP is folk-inspired with less synthetic beats and more guitar. Her songwriting and signature vocals make this album stand out from the rest.

Check out this track: “No Rest For The Wicked”

Lake Street Dive, who have been around since 2004, had four albums under their belt when they received attention for their 2014 track, “Bad Self Portraits.” This quartet is best described as a jazz band that doesn’t play traditional jazz songs. Lead vocalist Rachael Price’s soulful voice gives the group’s sound dimension that isn’t easily achieved. The addition of a trumpet and upright bass is what makes their sound unique and distinct.

Check out this track: “You Go Down Smooth”

This Austin-bred guitarist is no stranger to blues music – he started performing with legends like Stevie Ray and Jimmie Vaughan at the age of 15. Since, he has become a staple in the Texas blues genre. He has collaborated with a wide array of artists including Alicia Keys and Foo Fighters. Clark’s fuzzy guitar and smooth vocals are his trademarks, and both are very well showcased during his live performances – an addition that makes this album great.

Check out this track: “Catfish Blues”

This British rock band was the Arctic Monkeys before the Arctic Monkeys. Both bands are characterized by catchy songs that blur the line between pop and alternative, with distinct British vocals. “Listen” (the band’s fourth album) is full of pop beats and dance tracks that make it near impossible to stand still. Their earlier albums had a blues tone to them, but “Listen” is by far the most commercial album they’ve recorded.

Check out this track: “Bad Habit”

The most out-there band on this list, the South African rave/rap group is drowning in weird (but the good kind). Composed of Ninja, Yo-Landi Vi$$er and DJ Hi-Tek – Die Antwoord is heavily influenced by a counterculture movement called “Zef.” This “high class trash” movement is showcased in their outrageous lyrics and music videos. It’s hard to place the band in just one genre. They can be considered rap, but most of the songs on “Donker Mag” have a pop element to them. No matter what the genre, this group is undoubtedly a quirky mix of music, lyrics and people.

Check out this track: “Ugly Boy“