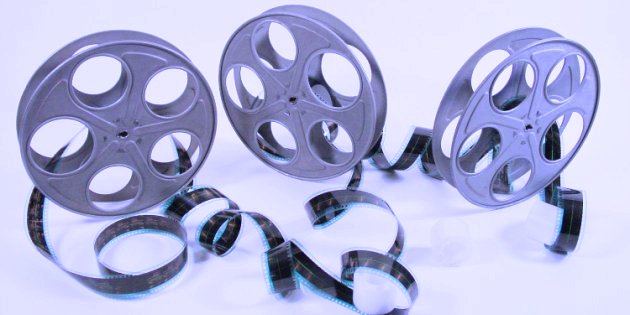 TV specials and movies have become an essential part of the holiday season. Each year, more and more people discover “A Christmas Story” and “Rudolph, the Red Nosed Reindeer” and a whole new audience for these film favorites emerges. It is a beautiful thing to celebrate Christmas through film and this list guides readers to five holiday essentials; both classics and the less recognizable.

“Mystery Science Theater 3000” is a concept that works best when Joel and the bots are riffing material that soars way over the top. The more absurd the film, the more surreal non-sequiturs the guys can stew up for viewing pleasure. “Santa Claus” is a film that is so mind-bogglingly inept, it seems to exist on a whole other plane of cinema. It is made all the more hilarious by the stream of brilliant remarks made by the “MST3K” crew. In the movie, Santa comes across much more creepy than merry, demonstrated by the extended musical number featuring children of different ethnicity singing along with Mr. Claus in his castle. If that isn’t enough, Santa’s main nemesis in the film is the Devil, who constantly tries to outsmart him and ruin Christmas. Any kind of description could not possibly give justice to this unbelievable film. Watch it, and discover a new holiday classic.

For those sick of the merry Christmas cheer found in so many holiday films, here is something completely different. Arguably the greatest Canadian film of all time, “Mon Oncle Antoine” is a very dark exploration of childhood. It focuses on Benoit, a child who works in the general store of his mining town. It is owned by his aunt and uncle. His uncle, Antoine, doubles as the town’s undertaker, and when he is asked to pick up a body on Christmas Eve, he drags Benoit along with him. Through the long, cold carriage journey, dark revelations are surfaced and the movie evolves into a harrowing and deeply affecting holiday gem. Sadly, this classic is not recognized nearly enough around the Christmas season.

Remember “You’ve Got Mail” starring Tom Hanks and Meg Ryan? Well, it should be advised to skip that one and watch the original instead. Erst Lubitsch’s 1940 “The Shop Around The Corner” stars one of the great actors, James Stewart, in one of his most touching roles. He plays an employee named Alfred Kralik that works in a Hungarian shop. A beautiful woman comes into the shop around Christmas time and asks for a job. When she eventually receives it, she and Alfred take an intense disliking to each other. However, a twist reveals that the two know each other much better than they initially thought. Lubitsch, a director who deserves much more recognition, directed this romance with peppy humor and touching sentimentality. It is a must during the holidays.

Since Bob Clark’s “A Christmas Story” is a already a well-known classic and appears on virtually every holiday movie list, viewers looking for something different should try “Black Christmas” from the same director. This slasher film, one of the first, takes place at a sorority house. A vulgar and eerie phone caller starts harassing the girls in the house, and eventually, a killer starts picking them off one by one. Not only is this movie one of the first of its kind; it also  remains one of the very best. Before the warm nostalgia and hilarity that Clark gave us in “A Christmas Story”, he proved himself to be an exceptional horror director. This might all sound a little too bleak for the season, but with only a handful of truly great Christmas films, this one is essential viewing. If you don’t watch it around Christmas, at least try it out around Halloween.

George Steaton’s “Miracle on 34th Street” has proven to a perennial holiday favorite, but still doesn’t seem to get the recognition it truly deserves. “Miracle” is a peerless critique of consumerism and cynicism, and one of the most touching and spirited Christmas films ever made. Kris Kringle, a man who claims to be the real Santa Claus, is hired at Macy’s as a department store Santa. But, when people start questioning his sanity, he is put on trial to prove that he is the real deal. It is such a great movie because of its commitment to being totally and unabashedly jolly. Yet, it never feels like a syrupy sweet movie, like so many other Christmas films. For anybody who is feeling a bit Grinch-y around Christmas time, pop this one in and try not to produce a big smile.