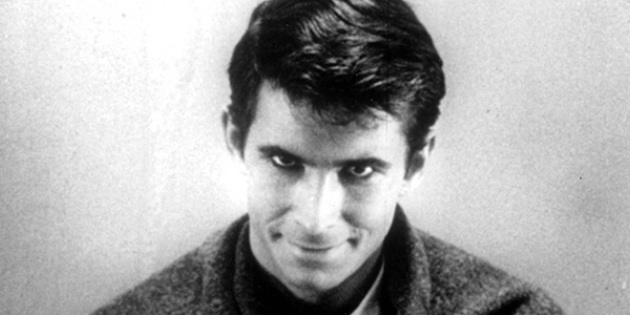 Grab the popcorn and turn on the tube — Halloween is right around the corner, and everyone knows the best way to get into the spirit: horror movies. Here are the top five classic films that get audiences hearts pounding and guts wrenching for the love of the scare.

Plot: Alfred Hitchcock’s masterpiece mostly centers on motel owner Norman Bates. Bates is very close to his mother and goes out of his way to conceal the murders his mother has been committing. As the dutiful son gains sympathy with the crowd, it becomes more apparent that all is not what it seems at the Bates Motel.

Why to watch: Full of plot twists and surprises, “Psycho” is one of the best movies ever made. It is allegedly based on a true story of a demented serial killer. The infamous shower scene may be the most widely recognized scene in the history of cinema.  “Psycho” effectively blends good storytelling and chilling terror, making it one of the most acclaimed movies of all time.

2. “Friday the 13th” (1980)
Plot: A camp where two counselors were mysteriously murdered is being reopened on Friday the 13th. All of the new counselors are then hunted down one by one by an evil murderer. Everyone must try to hide from the killer and escape the camp to get help.

Why to watch: There have been many sequels and remakes, but the original “Friday the 13th” will always be the best and scariest of the franchise. It does a great job of setting the mood for the scenes as well as delivering the scares and surprises. This is one horror movie that gets scarier and scarier as it’s watched, finally ending with a twist and suspenseful horror sequence.

Plot: Possibly the scariest movie of all time, “The Exorcist” shows the horrid story of a possessed little girl named Regan MacNeil. Her body is taken over by the devil and two priests must perform an exorcism on her to try and cleanse her soul.

Why to watch: “The Exorcist” was the first horror movie to ever get an Academy Award nomination for Best Picture. It is a captivating movie with extremely terrifying horror elements, and it is based on a true story. Packed with unforgettable horrific scenes, “The Exorcist” is an excellent movie to watch around Halloween time.

Plot: A daughter of a regular family starts interacting with the television set that is complete static. A series of odd things start happening that haunt the home’s residents. They must all try to survive the maleficent haunting spirits.

Why to watch: “Poltergeist” is a horror movie that really connects with audiences. It is about a normal family that audiences can relate to. They invest in the characters and then get really frightened when they see all the demented things that go on. “Poltergeist” also had very unique special effects, a result of Steven Spielberg’s production of the movie.

5. “Halloween” (1978)
Plot: Insane murderer Michael Myers is sent to a sanitarium after brutally stabbing his sister. He breaks out on Halloween 15 years later and starts stalking a group of high school students. He makes sure to haunt and hunt each victim on a dark, Halloween night.

Why to watch: No Halloween holiday is complete without watching “Halloween.”  This is another one of those movies that has a franchise with numerous sequels and remakes, but the original will always be the best. “Halloween” introduced the world to Michael Myers, one of the most prevalent villains in horror movie history.