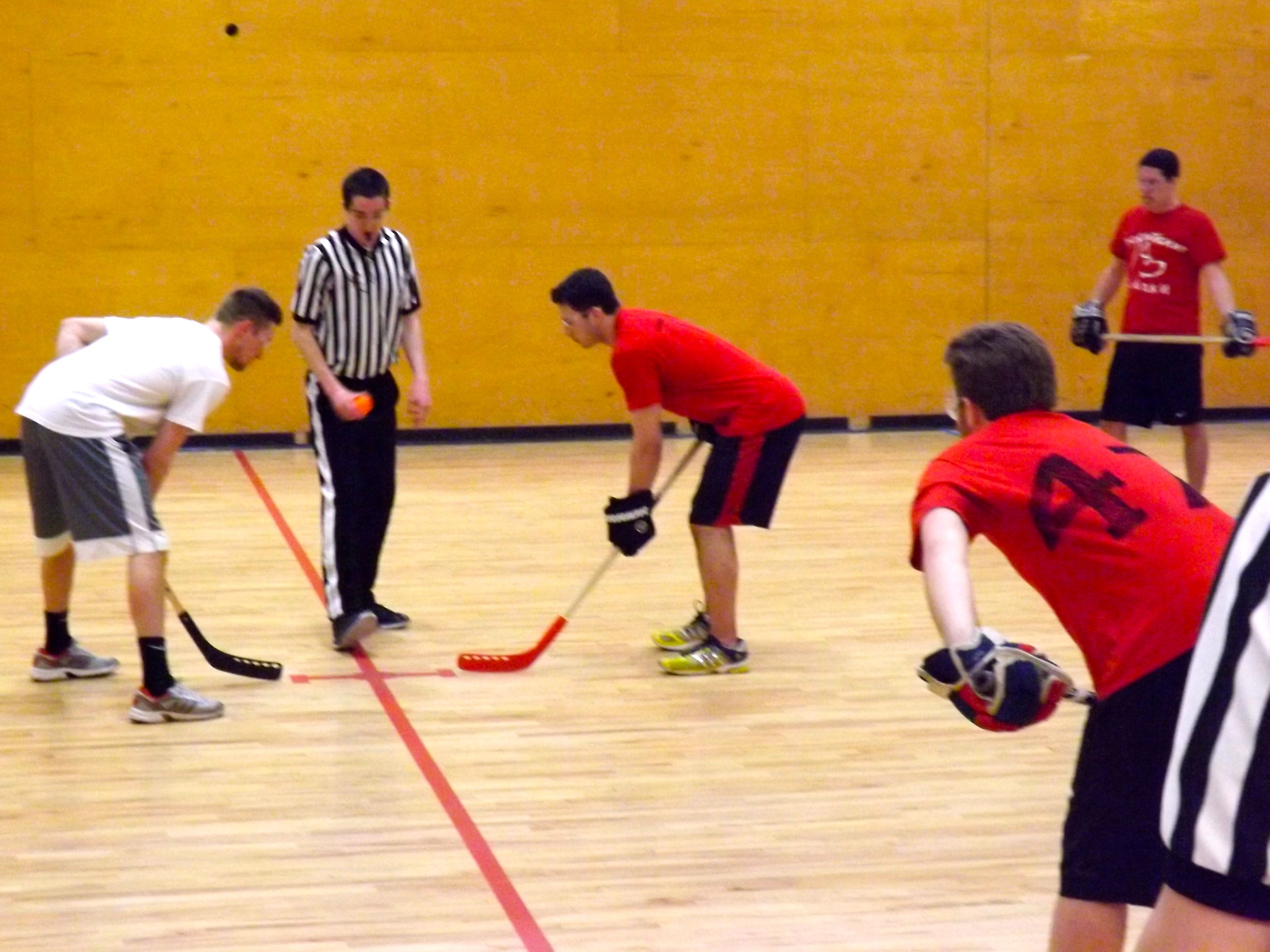 There are Russian Dogs on campus. But instead of four legs, they use two. They also happen to play floor hockey in Central Michigan University’s intramural sports league.

Senior and team captain Seth Benson leads the Russian Dogs and is responsible for the team’s name as well as the names on the back of the players’ jerseys.

“I kind of have this fascination with foreign languages and with the Olympics in Russia, I know a little Russian, so I thought it’d be cool to write everybody’s names in Russian on the back of our shirts,” Benson said.

Benson has been playing hockey since he was 12 and enjoys playing intramural sports, especially hockey, in part because he’s the team’s goaltender.

“It’s such a rush compared to other sports because you’re right there so you can impact the game,” Benson said. “Being goalie, it’s a lot of fun making saves and carrying your team on your back. Being the last line of defense and coming up big is just a good feeling.”

Junior Reese Clark plays for the love of the sport and the love of playing with friends. Senior Tom Pallas participates in floor hockey for the same reason.

Clark said the Russian Dogs started off with a bit of a rough patch to begin the season, but the team is improving.

“We’re making strides to be a better team and I feel like we’re gaining so much quicker than other teams too,” Benson said.

As with all sports, floor hockey gets extremely competitive once the game begins.

“It started as fun, but once the puck drops, it’s competitive,” Pallas said. “It’s definitely fun out there once the whistle blows, but when you’re playing it’s very competitive.”

What the Russian Dogs are hoping to get out of their experience is to not only have fun, but to hopefully win that intramural championship.

Benson calls the championship “the holiest of grails” and Pallas said he wants to be an intramural champion for life.

“I want to go out on top, it’s been four years and this is what I want to leave with,” Pallas said.

The team thinks it’s capable of winning if everyone puts forth their best effort and knows how to sacrifice for one another. Clark said during a past game, he gave up a breakaway so that his teammate would have a chance for a goal.

“It’s that kind of heart, teamwork, and dedication that makes the Russian Dogs,” Pallas said.