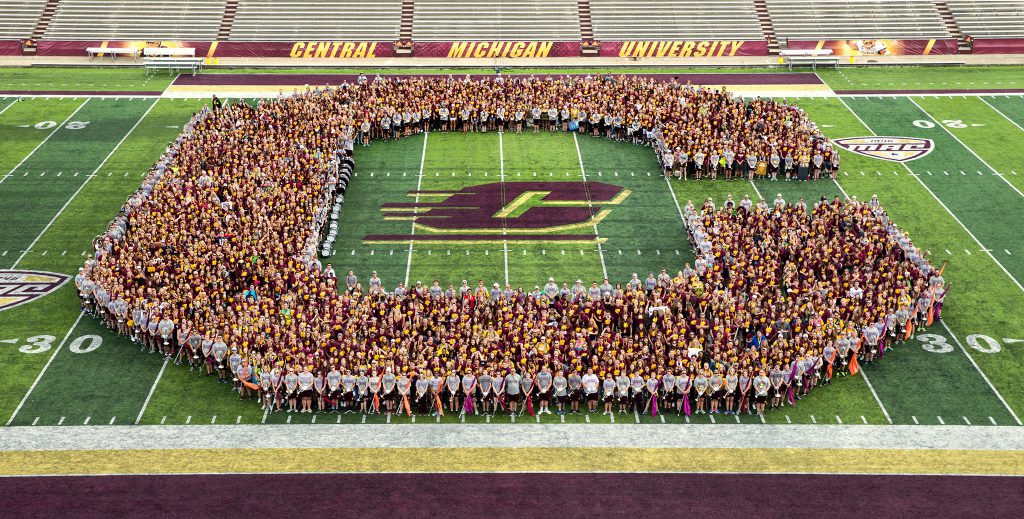 It’s that time of year again when students are moving in and making Central Michigan University their home away from home. Any former incoming freshman knows: this is a whole new chapter – an adventure of independence.

Madyson Wells, from Powers, Mich., says she’s excited to see how college differs from the stereotypes seen in movies.

“I believe it’ll take time getting used to, coming from a small town,” Wells says. “But I believe once I get used to the environment, it’ll be a great first year experience to get out of my comfort zone, meet new people, be away from home and do things on my own.”

Wells says after her time at freshman orientation, she feels CMU is a very welcoming environment.

She adds that she hopes it will be easy for her to make new friends here at Central because she describes herself as being very sociable and outgoing.

Brookelyn Miller from Stanton, Mich., says she feels her first time away from home will be “nerve-wracking.”

Miller and Wells agree that the goal of the year is to study hard, make new friends and have a good time.

Both Wells and Miller participated in Leadership Safari, so they were able to move in earlier than most students. Wells knew her roommate far before moving into her room here on campus. Miller said she has been in contact with her roommates but hadn’t met them in person yet.

Miller said she believes her roommates and her will be friends. She says roommates should at least be friends because that is who you live with for a year.

In all their experiences, from move-in day, to Leadership Safari, and the first day of classes, freshmen have a lot to take in.

Miller says she’s ready to take it on.

“I’ve been on multiple campus tours. Each time I’ve been on campus the environment is upbeat and happy, everyone around me seemed happy to be there,” Miller said. “It’s all around a happy place.”