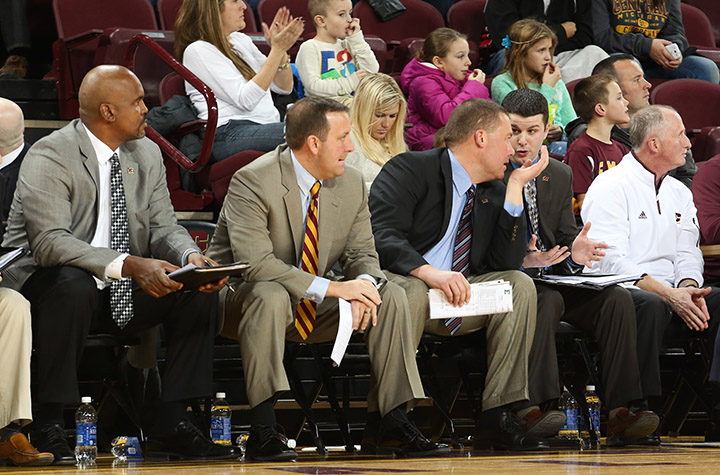 When it comes to getting to know the people on Central Michigan Men’s Basketball team, it’s easy to become familiar with the players on the roster and head coach. However, sometimes equally important people, such as the assistant coaches, are forgotten among fans and locals.

Men’s basketball Head Coach Keno Davis said he doesn’t think assistant coaches get nearly as much credit as they deserve. Davis sees on a firsthand basis the hard work his assistant coaches Kevin Gamble, Kyle Gerdeman and Jeff Smith put forth day in and day out.

“We wouldn’t be able to recruit such a high level of student athletes if it wasn’t for the assistants that put in the long hours on the phone, but also travel the distances to be able to see young men multiple times, and build a relationship with them and their families to try to sell CMU,” Davis said.

Under Central’s men’s basketball program, Davis said each of the assistant coaches are in charge of different areas on the court. They are heavily involved in the recruiting and fundraising process, as well as several other responsibilities that go into building a program. 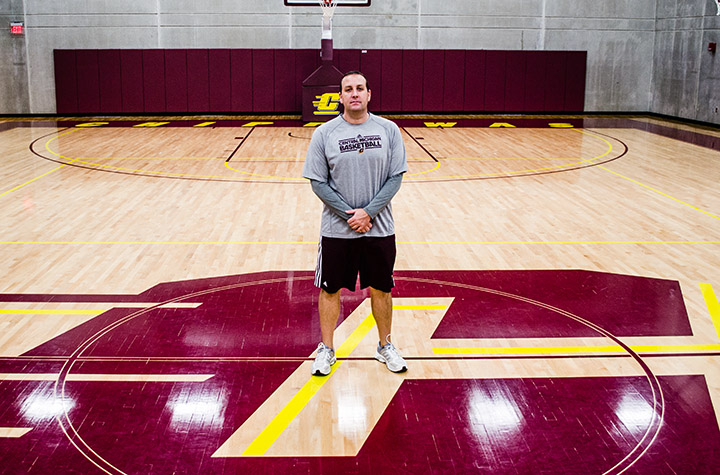 Gerdeman had 15 years of prior college basketball experience before coming to Central. Gerdeman said he believes his collegiate experience gave him a chance to grow and develop as a coach at different levels because of the different job requirements and duties.

“So you wear so many hats at the junior college level, and it just really gives you a good chance to try everything and to experience everything.”

Gerdeman’s role on the court is to assist players in rebounding and special situations. He said the biggest goal he wishes to accomplish is to give the players a chance to be as good as they can be.

While attending practice and coaching the players everyday, Gerdeman said the team is made up of a good bunch of guys who are always working hard. Davis said the team understands and values the assistance provided from the staff.

“I think our players are very acknowledgeable about the hard work the assistants, especially here, put in and that the experience the assistant coaches have can help them become better players and help them develop,” Davis said. 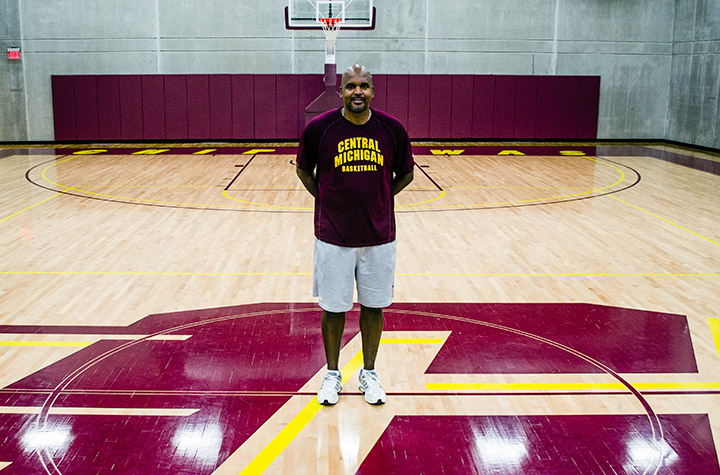 Assistant coach Kevin Gamble helps the men on the team develop on the offensive end. Gamble has worked as a head coach for the University of Illinois-Springfield and even played 10 years in the NBA after the Portland Trailblazers drafted him back in 1987.

The NBA veteran said he definitely felt he was given instant credibility due to having played time in the league. Gamble said he knows being in the NBA is something most young men aspire to do when playing college basketball.

“They want to be at that ultimate level so I think the credibility of talking about certain things on offense or defense, I think you get that instant credibility because you’ve been there and done it,” Gamble said.

Gamble said the transition from working as a head coach to assistant coach has not been hard at all. He said there was less to worry about but a lot more work when it comes to film, scouting, and recruiting. Another aspect of Gamble’s history that made the transition easier was that he played for Davis’ dad, Tom Davis, at the University of Iowa.

Central was forced to play several freshmen last season and over the course of the last year, those young players have looked to progress in several areas. An increase in both free throw and field goal percentage, would be improvements Gamble says he would be happiest to see.

“I’m the offensive coach, so I try to develop them more on the offensive end,” Gamble said. “So for the guys, if they’re shooting better free throw percentages up at the free throw line and field goal percentage, that’s what I’d be most happy about.”

Unlike Gerdeman and Gamble, Smith takes care of the defensive end on the court. The world of basketball is nothing new for Smith, who has been an assistant coach for Albion College, Oakland University, the University of Utah, and the University of California-Riverside.

Smith also worked as a graduate assistant and assistant coach for Central earlier in his career. Smith said at the time he was just trying to cut his teeth in the profession. After traveling to work with different schools around the country, he said he has learned several things that have made him a better coach.

“I came back with a wider scope, a bigger understanding of the things that need to be done as an assistant coach, and I think those assets have allowed me to come back to a place that is home,” Smith said.

Smith said he tries to regenerate the interest and excitement for this program in the community, as well as on campus.

“That has been a main role for me since I’ve been back as well as the same thing on campus,” Smith said. “Trying to really get the students back involved in McGuirk and what we’re trying to do. Now that we got the ‘Club Keno’ thing going on and it’s generating excitement, so those are some of the things that I take real personally because I care about this place so much.”

When Smith isn’t working, he utilizes his free time by spending it with his wife and two daughters. Smith, Gerdeman, and Gamble all enjoy playing golf in their leisure time.

Gamble said when he’s not working, he can be found at Sacred Heart Academy cheering on his daughter and son whenever they have a game. Gerdeman said when he has time for relaxation he’ll also try to be with his family visiting the park and enjoying the outdoors when the weather is nice.

Gerdeman said as an assistant coach at Central, he thinks people are very appreciative of him and his colleagues.

“I think we get a lot of support from everybody we come in contact with whether it’s people on campus or students on campus,” Gerdeman said. “People in the community are always supportive of us and that’s enjoyable and it’s not something you really look for as an assistant.”

Davis said he and his assistant coaches get along very well together and make a cohesive staff. Davis said there are times where they have disagreements because of their competitive nature as coaches, but he said that’s an asset to the program.

“I think we benefit from them and it’s good as a head coach to be able to have your assistants challenge you with different ideas and different thoughts and that we don’t always have to agree,” Davis said. “It’s just we have to decide when we do decide as a group, that we all agree on making that decision, but I’m very happy with the staff we’ve been able to assembly.”