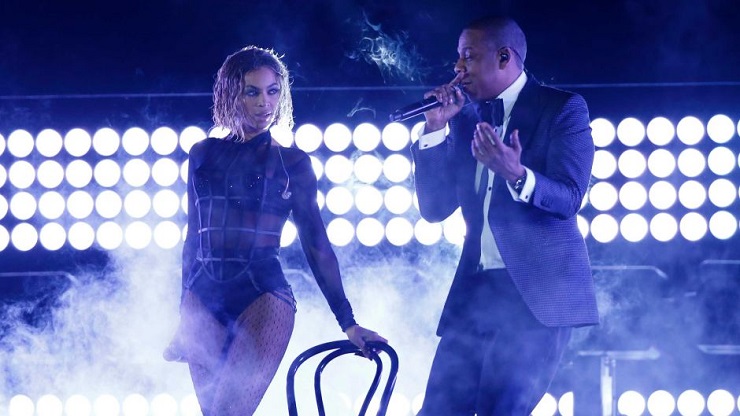 The 56th Annual Grammy Awards celebrated the biggest talents in the music business on Sunday. LL Cool J hosted the show, which had its up and down moments.

The Grammys are not always the most entertaining thing to watch, and that was made clear this year. LL Cool J’s hosting skills were not their finest, and instead of transitioning the show with humorous quips, he gave motivational speeches. This got old quickly and made the night quite dull.

The performances are what made the show bearable and were the highlights of the night. Beyonce and Jay-Z opened the show with a very sexy rendition of “Drunk In Love.” The act was provocative, but classy at the same time. It was a great way to open the show.

Macklemore and Ryan Lewis won the first award of the night and proved to everyone that you do not need a big label to become a big star. The duo was nominated seven times.

Lorde was the second to go on. She performed her current hit “Royals,” but it would have been nice to see her sing something new. Her performance was OK, but became distracting with her constant twitching on stage. Lorde took home two awards last night, including “Best Pop Solo” and “Song of the Year.”

Hunter Hayes was, unfortunately, one of the weaker performers of the night. The young country star has an amazing voice, but it was not shown in this set. He performed “Invisible”  and, sadly, the outcome was not that great. Luckily, Katy Perry took the stage and performed “Dark Horse” right after. Perry always seems to deliver, and this one, theatrical and dark, was no exception.

Robin Thicke performed with Chicago, which started off very strong. The famous band did some of their old hits, and it was very mellow and cool. The medley of songs worked nicely, until it went into “Blurred Lines”, which did not fit with any of the songs they had performed, making it end on a weaker note.

Kevin Hart was one of the best presenters, lightening the show with some much-needed humor. Honestly, he probably should have been the host.

Taylor Swift, shockingly, sang one of her more country-flavored hits, “All Too Well”. With just her and the piano, it was a beautiful performance and the stripped-down nature worked in her favor.

P!nk brought back the acrobatic act, once again, and it was interesting. She did her stunts while belting out “Try” and the combination was gorgeous. Nate Reuss, from Fun. eventually joined her on stage to sing “Just Give Me A Reason.” Reuss weakened the performance because his vocals are not quite as powerful—P!nk would have been strong enough on her own.

Kendrick Lamar and Imagine Dragons came together on stage, combining “M.A.A.D City” and “Radioactive.” They put on a creative show with a lot of power, with the effects and color also adding a strong essence.

Kacey Musgraves, a new country artist on the scene, showed off her cuteness with “Follow Your Arrow.” Musgraves also won “Best Country Album,” beating big names like Jason Aldean, Taylor Swift and Tim McGraw. The Beatles will be receiving a Lifetime Achievement Award and were honored by Julia Roberts. Paul McCartney and Ringo Starr reunited on stage with McCartney’s “Queenie Eye.”

Merle Haggard, Willie Nelson, Kris Kristofferson and Blake Shelton came together and performed country classics in honor of George Jones and Ray Price, who both passed away in 2013.. It was one of the more boring performances of the night, unless you’re a big fan of classic country.

Daft Punk performed “Get Lucky” and added Stevie Wonder to the mix, which proved to be a very nice touch. Daft Punk also received two awards, including “Record of the Year” and “Album of the Year.”Carole King was honored and Sarah Barielles joined her onstage to sing a King classic and Barielles’ hit single “Brave” by Barielles.

Metallica hit the stage with the talented pianist Lang Lang to perform the group’s classic “One,” but the piano ended up weakening the song.

The best moment of the night was Macklemore’s performance of “Same Love” with Mary Lambert. What made this event so special, however, was Queen Latifah coming on stage and officiating 33 different weddings—straight, interracial and homosexual, alike. Madonna joined in on the tear-jerking performance, and it ended up as the most memorable thing to come from this year’s awards.

The “In Memorium” honored those who passed in 2013. Phil Everly, who passed on Jan. 3, was honored with a performance by Miranda Lambert and Billy Joe Armstrong of Green Day.

The show was closed with four powerful rock artist: Nine Inch Nails, Queens of the Stone Age, Lindsey Buckingham and Dave Grohl. It was not the strongest way to close the show, but it was still one of the better acts of the night.

The Grammy’s, per usual, was not the most exciting award show to watch, but it did a fine job of recognizing the amazing talent we listen to on a daily basis.