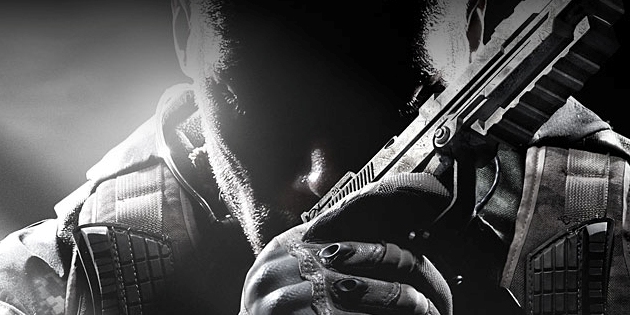 “You killed many men today, eh? Haha! Yes, we all did!” one character triumphantly shouts at the end of the first mission. He was right, I had killed scores. It started when I mowed down waves of machete-wielding enemies with my fully automatic rifle. Later, they realized they were outgunned and turned to run. The game then encouraged me to shoot them in the back as they fled. “They are weak! We must finish them!” the same character cried.

Such is “Call of Duty: Black Ops 2,” a nonstop rush of slaughter. It’s filled with action-packed pieces, a flurry of bullets from all angles of the battlefield and enough explosions to make Michael Bay blush. It’s as if the developer, Treyarch, thinks players all have ADD.

“What are you doing?!” Treyach would yell. “You can’t stand around not doing anything for five seconds! Kill, kill, kill!”

The violence is so over-the-top and assaulting it’s honestly baffling at points. One particularly brutal scene is when the player takes over the game’s villain. The character is in a rage and can’t be killed, the shotgun has unlimited ammo and never needs reloading and the game sends batches of good guys for Player 1 to slaughter.

At several points during this scene, the game literally forces the character to remove his machete and cut down numerous soldiers. “Call of Duty” hasn’t had a scene this needlessly brutal since the infamous scene in “Call of Duty: Modern Warfare 2” where players can shoot up an airport of civilians.

This begs the questions: Isn’t this critique hypocritical? How can you condemn a first person shooter for being hyper-violent?

However, “Black Ops 2” is very fun and quite addicting. There’s a reason why it sold more than 8 million copies in its first 24 hours. The shooting is solid, the gameplay is fast and never boring and there’s a great variety of weapons and attachments. With a backdrop ranging from the early ’80s to 2025, the great contrast between the weaponry adds a lot to the game.

The quality of the multiplayer is at its peak with the new “Pick 10” feature. In old games, load-outs (a character’s set of weapons) would consist of a primary and secondary gun with attachments, two types of grenades and a few perks. “Black Ops 2” gives the most freedom with load-outs yet. Gamers can have one main gun with two attachments, a secondary gun with one attachment, three grenades and two perks for a total of ten custom options, hence “Pick 10.” What’s great about this feature is that the character can carry any combination of these. It does a great job of letting players fully personalize their load-outs.

The feel of multiplayer remains fast and frenetic like other “Call of Duty” games. Multiplayer consists largely of running around with little regard for self-preservation and whoever sprays the most bullets wins. It’s fun for fans of the fast pace, quick-twitch gaming, but players looking for strategy should look elsewhere.

The third major facet of “Black Ops 2” is its Zombie mode. Player 1 and up to three other people defend themselves from wave after wave of zombies, with each wave becoming progressively more difficult. That’s the standard mode. There’s nothing wrong with it, but it is a bit boring and watered down at this point.

Tranzit mode is the most fun and the highlight of “Black Ops 2.” In Tranzit, teams attempt to survive among the horde of zombies with a bus shuttling them throughout areas. There is a bit of story in this sector of Zombies, but it’s so minuscule it’s hardly worth mentioning.

The third Zombies mode is the new Grief mode. Two teams of up to four battle for the highest zombie body count and the longest survival. The Zombies mode is now more robust, and will easily become a player favorite.

“Call of Duty: Black Ops 2” is fast, gruesome and in your face. If gamers can handle the mindless killing and frequent explosions, then the game holds enough to last for years. But for players looking for a little more substance, save the money.