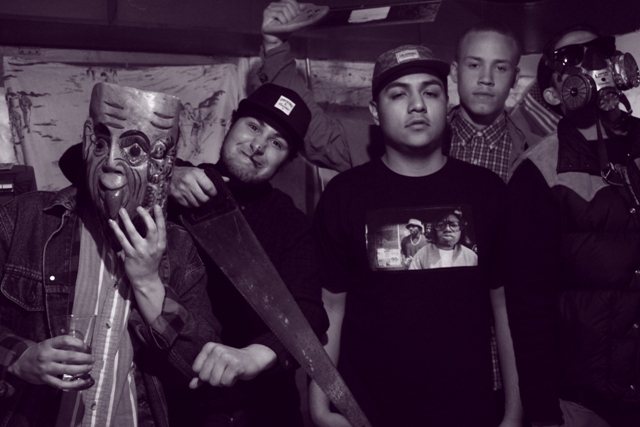 I was able to reach out to Paul O, and we linked up for a phone interview for some inside information on the group’s formation, current projects and the direction they’re heading.

The group had to come together, and it wasn’t very automatic, as Paul O told me. “I met Jesse my freshman year of high school and we didn’t really get along until we started hanging out junior year, which is when we started making raps just for fun.”

The casual pastime turned more serious and they hooked up with the producer Somko Ono to have some beats to rap over.

“The last two members (Loudmouth and Mulatto) were sort of added at the last minute after we graduated,” Paul O said. “I actually knew Loudmouth, but never really talked to him or anything during high school.”

“The name Supreme Regime sort of just came up and stuck,” Paul explained, “We would always chill in Jesse’s back room and just throw out ideas for names.”

Supreme Regime has a great cohesive sound, but each of the three artists has their own unique flow, so it’s curious from where they draw their inspiration. “Jesse and Loudmouth both listen to a lot of underground and independent hip-hop, and Jesse also likes Drake’s flow,” said Paul O. “I get most of my inspiration from the old school, lyrical hip-hop, the kind of stuff that can tell a story.”

The Regime has quite a few songs available on their SoundCloud and three music videos out – “S.O.V.,” “Down,” and most recently, “Georgia Home Boy,” with a fourth on the way soon (“Commonwealth” slated to drop in late April).

I asked Paul what his favorite song was: “It’s really hard to say,“ he started, “so much work goes into each song, so picking just one is tough. I’d say that ‘Down’ is my favorite, though.”

Paul explained that the chill mood and old guitar sample of “Down” is what makes it a standout for him, but if he could only show someone one song of theirs he would pick the currently unreleased “Commonwealth” track.

“It’s just the perfect song to represent Supreme Regime,” he said, “the beat is really cool with a chopped up jazz sample from the ‘70s, and everyone’s flow matches well with our sound and style. I think it’s the best song for someone to pick up on us.”

Supreme has a their first full project on the way, Sloane Peterson, which is due out officially on May 15and will be

made available on datpiff.com as well as some other sites. Paul O also leaked some album release information: “We’re actually planning a listening party at Jugrnaut [a clothing boutique in Chicago that also hosted Chance The Rapper’s 10 Day listening party] for either May 5 or 12.”

When I asked if there was anything else Paul wanted to tell readers about the group he said: “Don’t sleep on us. I think our style is sort of breaking the mold of what hip-hop is today. Personally, I love this album [Sloane Peterson], and we’re putting so much into it.”

With music videos up on YouTube, music available on SoundCloud, and an album due out soon, there is plenty Supreme Regime to keep you occupied and hold your interest.