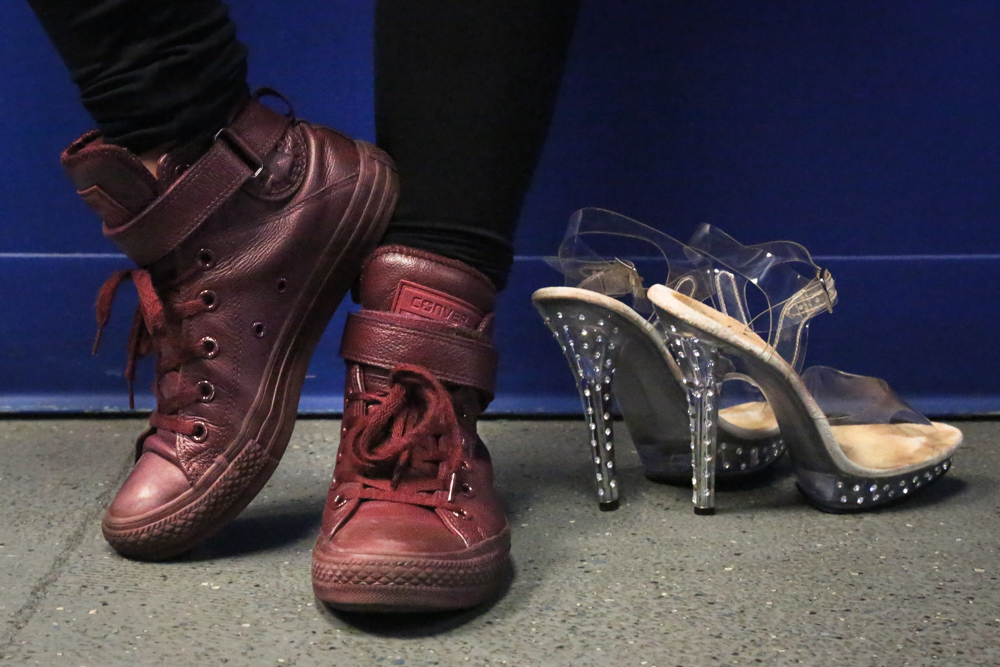 The heels, bikinis and show lights may look incredible from the plush seats of spectators, but Stephanie Butch has the best view in the house – the crowd.

Contrary to what most would assume, the practice is not for glamour or vanity purposes. And in Butch’s case, dealing with mental health and self-esteem does not get easier, no matter the body type.

Career Beginnings
Butch began her bodybuilding career a few years ago at CMU. After seeing girls lifting weights she thought “that seems like something I could get into.”

While friends are ordering pizza or partying, Butch chooses to eat right and spend her time at Endurance Fitness.

She said it can get tough.

“I feel, like, really alone sometimes because everybody around me is doing the opposite of what I’m doing.” 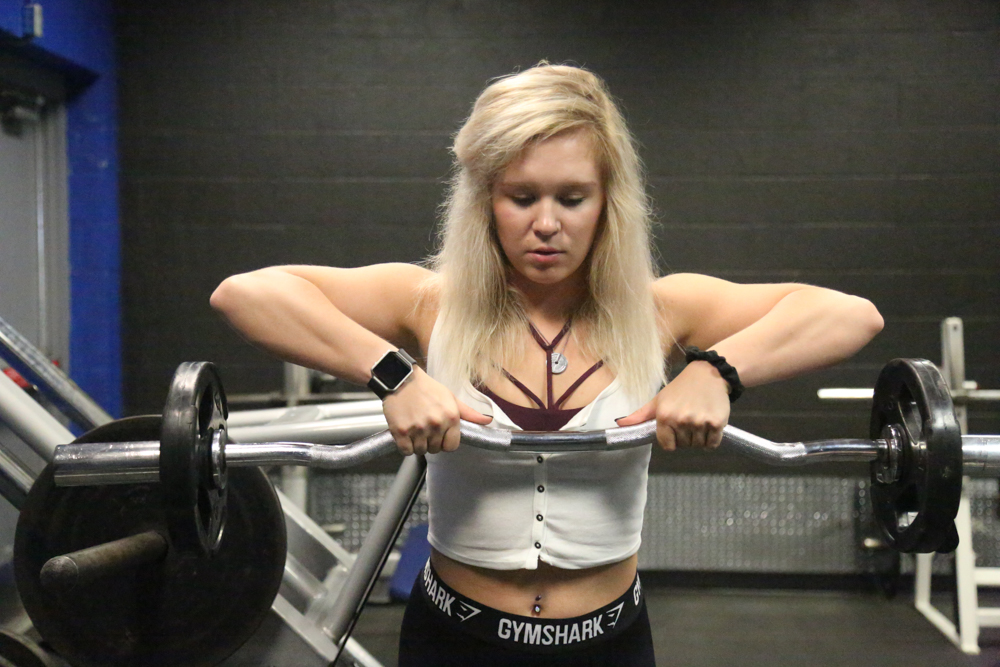 Prepping for a show can take her 20 weeks, including the processes of bulking and leaning out, which she said can be grueling work.

But for her, it’s all worth it.

Butch has competed in three competitions, two in Ypsilanti and one in Grand Rapids. Butch received first in Grand Rapids, and fourth in a Ypsilanti show, and she plans to compete in more, but wants to wait until she graduates.

Behind the Scenes
Taking a look at Butch, you can tell she is invested in her bodybuilder lifestyle.

She boasts broad shoulders, muscular legs and a confident stride, but she didn’t end up like that from one protein shake or buying trendy sports bras. It took (and still takes) hours in the gym and equal time meal prepping and grocery shopping.

On top of that, she said she deals with body image issues.

“I’ve had past mental health issues, like eating disorders and depression and anxiety,” Butch said.

While that can hinder anyone’s spirits, Butch said she pushes through and works out when she’s feeling down, or alone.

“It gives me mental clarity and calms me down.”

She said she wished people would understand more of the “behind the scenes” rather than just the superficial aspect. It took a lot of hard work to get where she is and she doesn’t take that for granted. Butch said it’s turned into a lifestyle that she wants to manage for years to come, even after her bodybuilding career is over.

Glitz and Glamour
Breaking the traditional stereotype of a gym-goer, Butch squeals at the mention of fashion.

“I love the glam side of fitness, I’m all into workout clothes and what I buy. If you see my regular wardrobe, it’s pathetic.”

Gymshark and Doughnuts and Deadlifts are among her favorite sports brands. She said she’d much rather wear workout gear than regular threads.

Butch’s glamorous, sparkling green and red bikinis come from Ravish Sands, and she has them custom made to her liking. She chooses everything from the color to the placement of the crystals and straps.

The six-inch heels rival the bikinis in the glam department, but walking in them is another story.

Finally, spray-tanned and glimmering, Butch is up on stage for only a few minutes. All the hard work and dedication, though, is priceless.

“I feel so powerful and almost invincible. I know I look damn good, I put so much work [in] and it’s like, look at me.”

The dirty work, the lonely times and the physical and mental struggles that Butch goes through don’t tear her work ethic down. When she wears that sparkling bikini or those new pair of leggings, she is invincible.

Editor’s Note: Photos were taken at Endurance Fitness. They are currently offering a student discount of nine dollars a month.