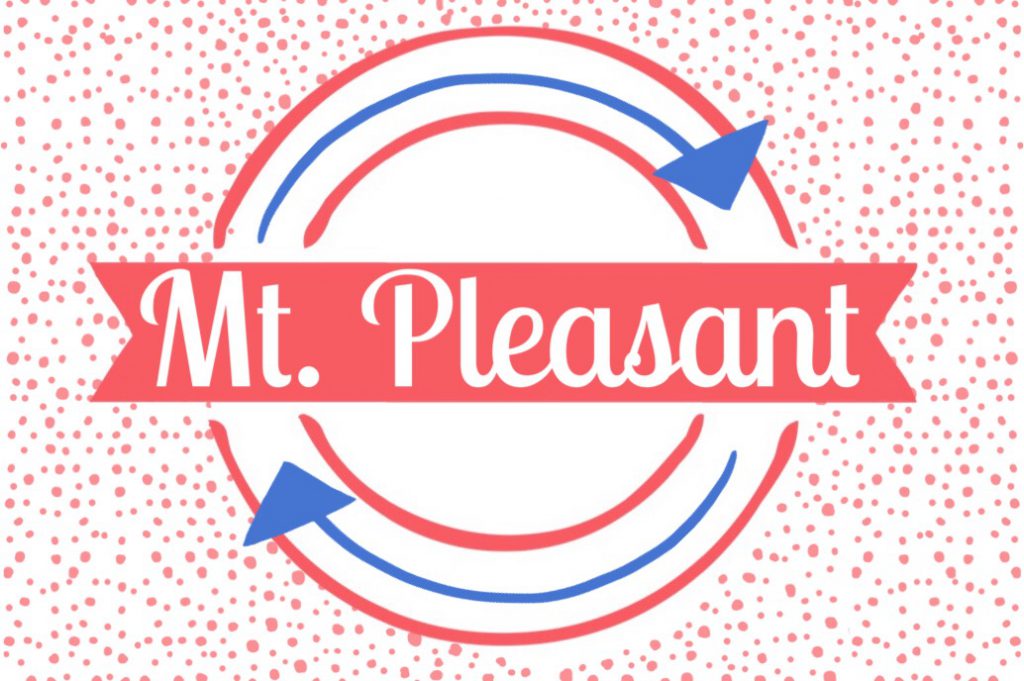 According to Katie Crane, attending Central Michigan University felt like a whole new world – even though she went to high school two blocks away from campus.

The CMU junior decided to go to CMU after receiving a scholarship. She also said growing up in Mount Pleasant affected her decision to attend CMU because she thought it would make her transition from high school to college easier.

“There’s a completely different atmosphere on campus than in Mount Pleasant and my high school,” Crane said. “I went to high school where I knew almost everyone and at Central, you’re one of 27,000. While it feels like a whole new world, it still feels like home.”

A majority of CMU’s students come from Michigan, but Crane is one of several that went to high school in Mount Pleasant and made the decision to attend CMU. According to the On-Campus Enrollment Profiles and Projections from Fall 2015, over 93 percent of first-time freshmen were from Michigan. In that same year, 48 of the new freshmen came from Mount Pleasant High School, which was the highest number of freshmen attending CMU from any one high school.

Senior Taylor Felton’s dad is a professor at CMU so he receives 24 free credits per year. He said going to high school in Mount Pleasant didn’t affect his decision to attend CMU because he knew he would meet new people living in the dorms.

“I’ve grown up on campus with my dad working here my whole life, but living 24/7 on campus was a whole new experience that made it feel like a new place,” Felton said. “I never saw the true college aspect of Mount Pleasant until I lived in the dorms. Now, it’s just a major convenience having my parents to cook random meals for me or just to have a quiet place to escape to if needed.”

Sophomore Shyam Patel took dual enrollment classes at CMU while attending Mount Pleasant High School, which put him ahead in regard to credits. He said he also likes how there’s a sense of community on campus even though CMU is not a small school.

“Mount Pleasant is a lot different when students are not here,” Patel said. “It seems completely dead. You can actually take left turns on Mission without having to wait 10 minutes. The campus, to me, has a different feeling and vibe than just Mount Pleasant. There are enough diverse students that go here to make it seem like a completely different town in general.”

What Could Go Wrong?
Felton said one of the disadvantages is the number of people he knows other than students.

“I’ve grown up with a large group of adults and it is good seeing them on occasion, but having the constant thought that I’m probably going to be recognized by some friends of my parents can be tiresome,” he said.

Though Patel said CMU feels “homey” because it’s easy to run into friends while walking to class, he would like to live in a bigger city in the future. During the summer, he thinks Mount Pleasant can get boring.

Crane said college is typically viewed as a time for exploration, where people move away from home and grow. She feels that she didn’t have this experience as much as people who went away for college might.

“I lived in the dorms my freshman year, so I kind of got that experience, but I felt like I didn’t have as much opportunity for exploration because I have lived here for the past 21 years of my life,” she said. “While going to another college would have been nice, CMU is my home and I wouldn’t trade my experiences thus far for the world.”

“Townie” Perks
Crane said she’s pretty directionally challenged, so not worrying about getting lost was a major advantage for her.

“I also like knowing all of the hidden gems of Mount Pleasant and the area,” she said. “Townies know that The Diner and Stan’s have the best breakfasts.”

Patel thinks being close to home is an advantage because in addition to knowing where everything is, he doesn’t have to worry as much in emergency situations.

“In emergencies, you never really need to stress because help is just a few minutes away,” he said.

Felton said his family respects his desire for independence, but they are just a short drive away if he wants to wash his clothes or get a free meal.

“Knowing good restaurants and my way around town and the surrounding towns are definite perks to staying here for college,” he said.