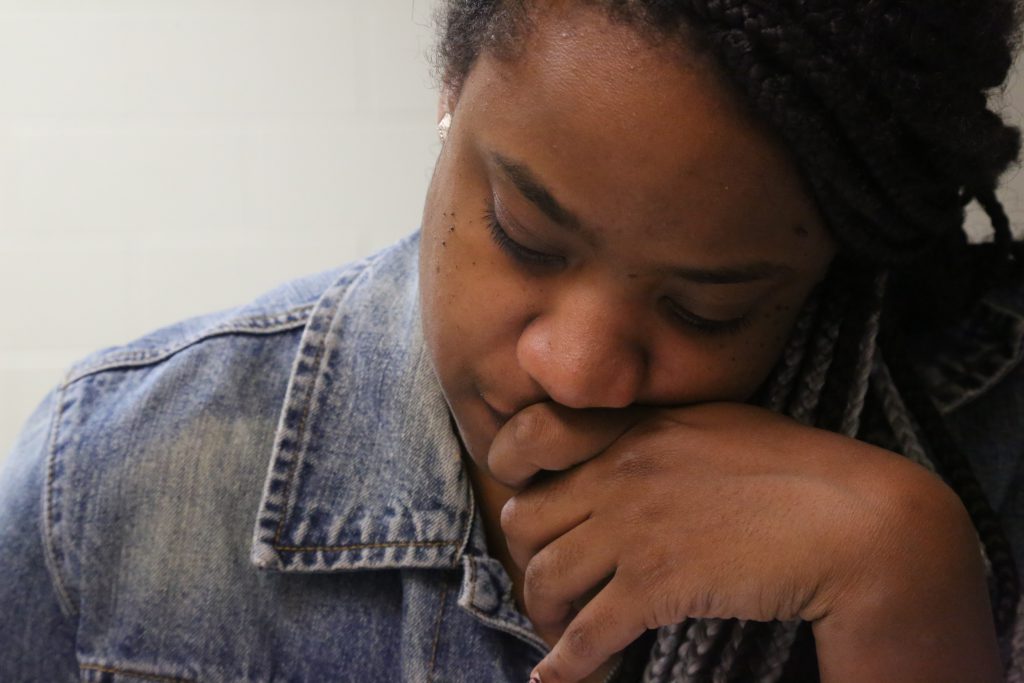 I am an African American girl who grew up in a predominantly white community, meaning I attended schools with a majority white student body and very few black students. 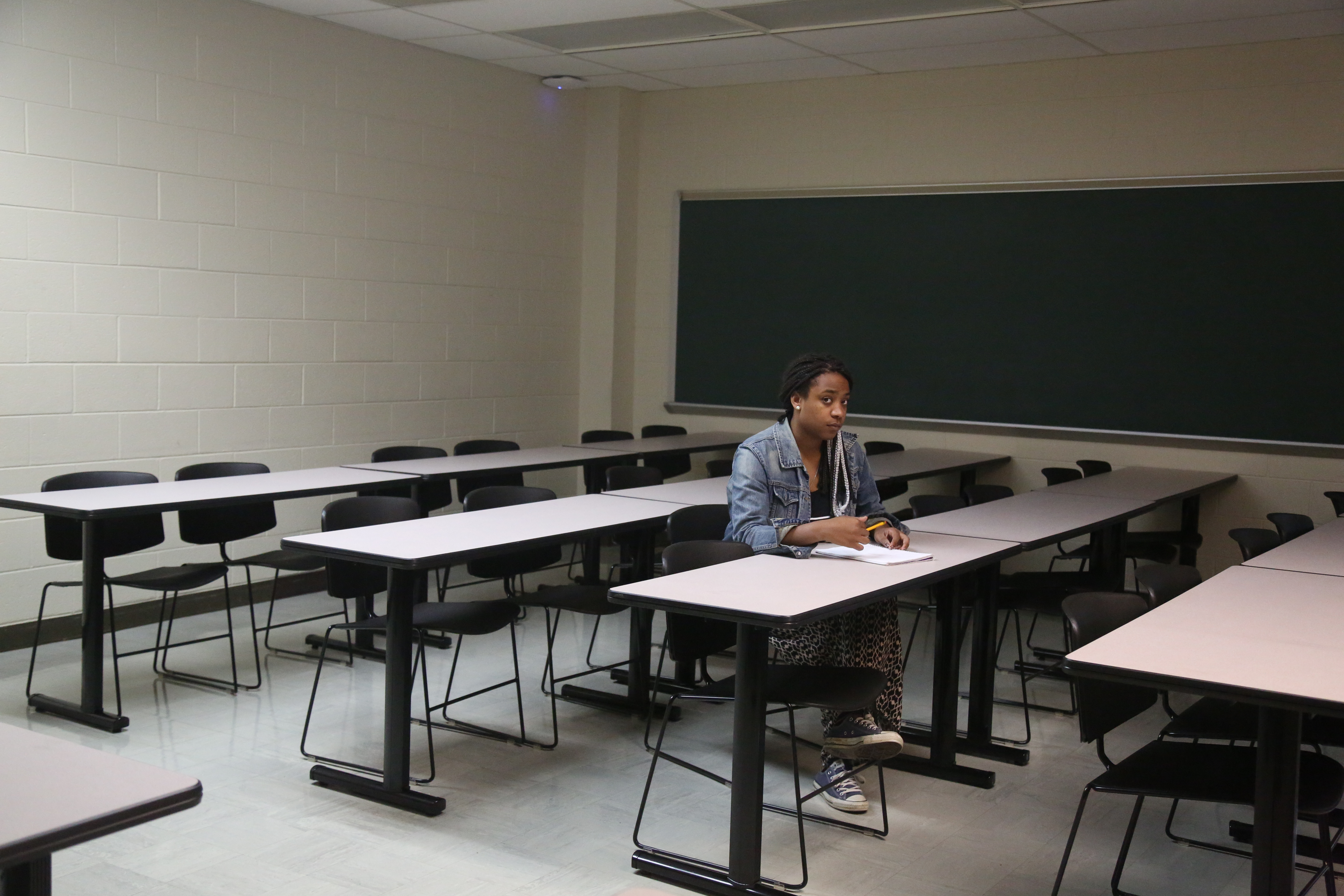 The way it sounds, this article seems like an episode of MTV’s “True Life”, But unlike the reality show, my story is real with no cameras and started at the age of six. I thought I was okay with it, but these past few years I noticed how it affected me greatly.

The Beginning
In August 2000, I started first grade at St. Thomas Lutheran School. I was normally a shy child at first, but always managed to open up later on. However, entering this new school I did feel that something was different. The previous school I went to for pre-school and kindergarten was a school of mixed races, and this new school contained 98 percent Caucasian students.

Gaining friends was not a problem as years went on in elementary school, but my desire to conform grew stronger as time went on.

When I was seven, my friend made fun of my collard greens which resulted in me banning soul food from my lunchbox. For a seven-year-old, your school lunch represented home, and having that be rejected hurt.

It became more difficult for me when middle school hit. Middle school was a confusing time and the demon of low-self esteem grew within me.

Beauty was always a sensitive topic because I stood out among the other girls with fair skin and long hair. At the time I wore cornrows to contain my fro (not my favorite childhood style).

I remember I would walk around the house with a t-shirt on my head imagining myself with long hair like my classmates. I would also design personal game avatars with a slightly lighter skin tone because dark skin seemed unwanted.

I would get my parents to take me to Hollister and American Eagle in order to get the trendy apparel of that time. I knew the apparel was over-priced, but I wanted it anyway for a chance to make it with my caucasian peers. When a white peer of mine snickered to me about me wearing the overpriced clothing, I got confused. I thought, “Isn’t this is what they want?”

In sixth grade, I got a perm which chemically straightened my hair. When I first got the perm I finally felt beautiful. What I didn’t know was how damaging it was to my hair. When high school hit and I had damaged strands, it was devastating because my attempt to conform to European standards of beauty had begun to backfire on me.

The number of times I was asked “why is your hair short?”  or told “you should get a weave!” by my white peers still haunts me to this day.

(Editor’s note: In the first year of college, I decided to stop getting perms to go natural. I’m in my fourth of year of being perm-free!)

Crushes in middle school were awkward for everyone, but for me they were much worse.

When I would get a crush, it felt they always were attracted to my white friends and never me. I would get so frustrated and never fully understand why. I constantly believed I could never measure up to the Caucasian girls in my class – I felt so out of place and unwanted.

Once, my friend who was bi-racial told me the guy she liked mentioned to her he doesn’t date black girls to her face. When I heard that, I felt numb. I kept thinking to myself, just maybe a guy can look past a my skin color for once.

When I was 14, a boy asked me to dance for the first time. When he asked me I was shocked – but excited. He was a cute blonde boy with the ever-popular swoop hair.

Good Ol’ High School
When high school came along I started to date and have small flings.

There was one a guy I really liked, and remember hoping to start a relationship with, but we only talked via text message. Because of our limited face-to-face communication, I felt he was ashamed of me. Shortly after that fling I dated my first boyfriend for 2 years, simply because I just wanted to be in a relationship for company and not feel alone.

I had a diverse personality, which meant I befriended everyone as usual, but the status quo high school cliques made me feel like I was living in a movie. A movie where I had to put up with listening to high school students say nasty racial slurs and jokes – in front of me.

All I could mange to do was sarcastically think to myself, “Wow, I’ve never heard that before – so creative and intelligent! You deserve a trophy for your borderline racism”.  *Eye roll.*

Around that time, I became good friends with two girls who were also African American. They were cool, but I still felt out of place. In my mind it felt like they played along with the stereotype of black women to entertain our white peers. They would commonly bond over rap music of current time, which I strongly disliked. The lyrics were too vulgar and degrading of black women for my taste.

When I didn’t know or jam along to rap songs, I felt odd in the bunch. My teenage peers would listen to either rap, punk rock or country. There was no in-between. But, I mean, who really loves getting in touch with the lyrics of Rack City? #Notme). I felt students saw me as weird for not listening to rap.

One day at lunch my friend asked, “why don’t you act more like Marissa? (who was also black)”

He was a sweet guy, but what he said was hurtful because what he didn’t realize was that the question reminded me on how I wasn’t enough – enough for my own culture or the one I was trying to conform to.

Growing up in a predominantly white school distanced me from my own culture for so many years. I felt disconnected from black people which resulted in being labeled an “oreo”. On the other hand, I felt like I couldn’t measure up to my white peers either. I couldn’t understand this time in my life and as a result, I felt trapped.

The Epiphany
When college came around, I still felt out of place because Central Michigan was (and is) also a predominantly white school.

Things went differently this time, though. With the exposure to multicultural advisors and mandatory inclusive discussions I started to see the justification that I had in the confusion with my identity. For the first time in a long time, I was starting to feel included.

The real epiphany came during the middle of my junior year at CMU, when I fell in love for the first time at the age of 20.

It was the first real relationship where I felt someone else saw me for me. And suddenly, it was gone. The relationship ended abruptly after his parents didn’t accept me for my skin color.

It took this experience to finally open my eyes to the feelings I had kept expertly locked away since the age of six. I began to realize the mask of conformity that followed me like a shadow needed to be ripped off.

It was clear to me I shouldn’t keep trying to meet the impossible standards of others. It was time for me to accept my entire person and embrace my culture in my own way.

Since then, I have made leaps and bounds in the pride I have for myself and my culture. I took the realization and began to study and reflect on discrimination of different races and orientations.

If you feel this way, too, I am sharing my story say you are not alone. Turn your experiences of conformity, of the pressure to be someone else into positivity and joy for the things that make you unique and special.