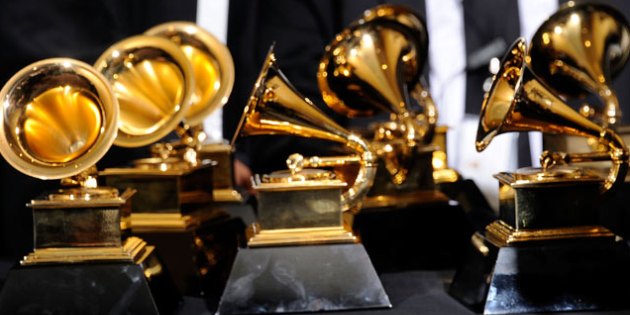 It was a great night for alternative music at the 55th Annual Grammy Awards Sunday night. Best New Artist, Record of the Year, Album of the Year and Song of the Year all went to alternative artists. Gotye took home the biggest award of the night, Record of the Year, for “Somebody That I Used to Know.” The indie pop ballad topped the charts in 25 different countries and sold nearly 13 million copies. Gotye also took home the award for Best Pop Duo/Group Performance for his collaboration with Kimbra on “Somebody.”

The biggest winner of the night was Dan Auerbach of The Black Keys. The frontman took home four Grammys in total: Producer of the Year, plus three other awards with bandmate Patrick Carney. The band’s seventh studio album, “El Camino,” nabbed Best Rock Album.

Fun. was awarded Best New Artist and Song of the Year for “We Are Young.” Former Chippewa Andrew Dost’s band was nominated for a whopping six awards, along with Kanye West, Jay-Z, Dan Auerbach, Frank Ocean and Mumford & Sons, who took home Album of the Year for “Babel.”

Tributes were a huge part of Sunday’s broadcast. Artists from many different genres paid tribute to music greats including Levon Helm of The Band, Bob Marley (whose birthday was four days before the broadcast) and jazz legend Dave Brubeck. The Marley tribute left a lot to be desired. Bruno Mars began the medley by performing his song “Locked Out of Heaven” with Sting, whose music is largely inspired by Marley. They were then joined by Rihanna, Ziggy Marley and Damien Marley to perform “Could You Be Loved” and “Uprising.” The timing of the tribute was odd. This year’s show didn’t fall on a significant birthday for Marley or a round number anniversary for his death. Rumors have circulated that the producers needed a reason to lure Mars into performing and the Marley tribute did the trick.

The tribute to Levon Helm was a favorite. Elton John, Alabama Shakes’ Brittany Howard, Mumford & Sons, Mavis Staples and Zac Brown all paid tribute to the late drummer of The Band, who died at 71 last year after a long battle with cancer. These artists, all talented in their own right, also dedicated the performance to the victims of the Sandy Hook Elementary shooting.

Taylor Swift opened the show with her single “We Are Never Ever Getting Back Together,” which didn’t receive any Grammys. The performance in one word: weird. Swift’s vocals were decent but the circus theme wasn’t appropriate for the song and the performers were just plain terrible. Besides, it’s seldom heard of anyone wanting to get back together with you, Swift.

Music’s biggest night promised a show and it gave one. There weren’t any huge surprises or upsets in the major categories. Gratitude must also be expressed to the producers for not broadcasting the Best Alternative Album category, which featured a Fiona Apple album with a 23 word-long name. The only major disappointment was the exclusion of some performers. Some performances were better than others, but the show successfully honored artists old and new.