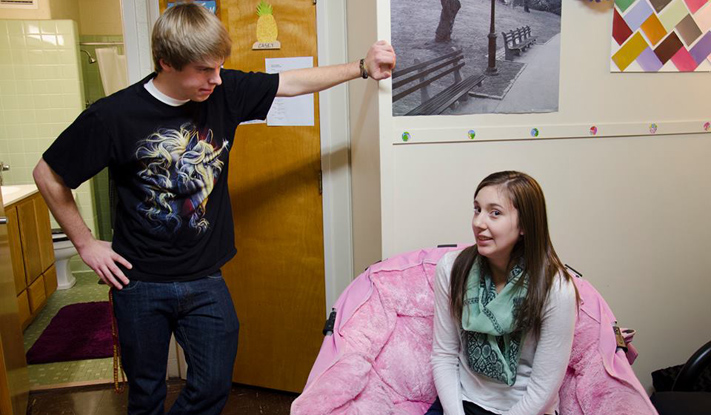 It used to be easy to tell a simple white lie.

Perhaps you told your boyfriend you loved the dinner he cooked, even if it tasted like week-old cafeteria food. White lies, while seemingly no big deal, have the potential to turn into something bigger if continued. There are reasons why the saying “honesty is the best policy” rings true in relationships.

If it weren’t for movies like “Pinocchio” or physical tell-tale signs of lying, we might never know what our significant other is hiding from us. Thankfully our noses won’t grow like Pinocchio in real life but that doesn’t mean you can get away with dishonesty. Honesty in relationships is one of the most important factors when choosing to make a commitment to someone. If we can’t trust the person we’re committed to, then how can we learn to trust anyone else?

There are a variety of things you should not lie to your boyfriend or girlfriend about.

One discussion that always needs to happen is if you happen to cheat. It is important to come clean about any kind of infidelity, not only for the sake of being a decent person but because he/she should hear it from you, not from someone else.

No one likes being lied to in the first place, but it is even worse when that person finds out from a third-party source instead of the direct source.

You know those three little words a couple says to each other after a certain point in their relationship?  “I love you” can sometimes be the hardest words to say because it can be a sign that a relationship is becoming more serious. If you are unsure you feel the same way, then tell your boyfriend that you care deeply about him, but that you need more time before saying those words.

One of the most admirable qualities when looking for someone to date is knowing they are baggage-free. This means leaving the past where it was and starting new. If you bring old baggage like constant contact with an old significant other and not being honest with the one you are with currently, they will question the relationship. Exes can be friends, but you shouldn’t be talking to a former flame more than your current one.

People go into relationships with an image of where they want it to go, so make sure you are honest about what you want out of the relationship. Maybe he wants a serious long-term commitment and you are looking for something more casual. Be honest with what you want to make sure no one’s feelings get hurt.

Most relationships are built on a foundation of honesty and trust. It doesn’t take much for trust to be broken, so it is better to be up front to begin with. If you don’t like your boyfriend’s shirt he has picked out to wear to your uncle’s birthday party, you can be honest without criticizing. You could suggest he wear a different colored shirt because it brings out his eyes and have him save his other shirt for a different occasion.

Whatever the scenario is, honesty truly is the best policy.