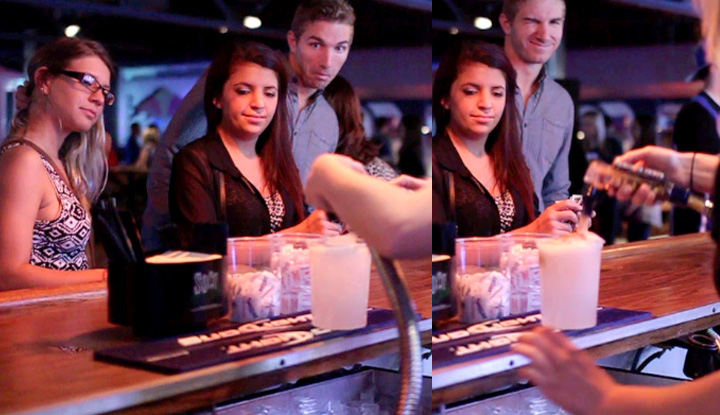 “Are you from Tennessee? Because you’re the only 10 I see.”

“I lost my phone number. Can I have yours?”

Pick-up lines, one of many forms of flirting, are not always well-executed. Some people may be receptive to them while others may laugh (at you, not with you), cringe of embarrassment or think, “did that really just happen?” The technique of pick-up lines usually comes from casual online research on Google or from the movies or television shows.

What works in a script does not always translate in real life. Some pick-up lines, like many other flirting techniques, can and should be used, but plenty need to be put to rest.

For example, Kate Hudson’s character in “How To Lose A Guy In 10 Days” had Matthew McConaughey’s character pursue her despite all her efforts to push him away. The “flirting” techniques she used ended up attracting McConaughey’s character because the script was written for them to.  Unfortunately, there aren’t writers for everyday people like us, and therefore they must take the approach of flirting that will work best for their own unique situation.

There are several resources to use to find out which flirting techniques are best. While it is easy to find techniques that (supposedly) work, what about the ones that actually don’t? Just because a certain technique exists does not mean it is guaranteed to make you a hit with your desired prospect.

Pick-up lines as a form of flirting can work in some situations but for sophomore Emily Tiihonen, they can be awkward and annoying.

“I went grocery shopping and this guy kept putting random stuff in my cart and then running away,” she said. “He followed up with some cheesy pickup line like ‘I’m sorry, it’s just when I see a beautiful girl I can’t contain myself.'”

Tiihonen isn’t the only one who had a flirting experience that went awry. Junior Anna Godzik once had a guy tell her about how much money he made to impress her.

“One time at a party a guy told me I should go on a date with him because he made a lot of money,” she said. “When I said money didn’t matter, he called me a [expletive].”

An insult whether it is following a failed flirting attempt or not, is a guaranteed to make the other person walk away as fast as possible. Some think their flirting techniques are smooth or cute, when they aren’t.

Public declarations may seem romantic, but they can be embarrassing if the person you are declaring your interest to doesn’t feel the same. When at dinner, trying to seductively eat a particular food is not a good idea. It is best left to the people that have had prior experience to perfect it.

As for the “accidental” bump approach this technique requires some research. The person’s specific schedule would be needed to find out when and where they would be, which is a little stalker-ish. However, if you accidentally bump into this person multiple times they may finally catch onto the idea that it isn’t merely a coincidence.

Flirting can be a great way to meet new people if done correctly, but some techniques just simply need to be put to rest.