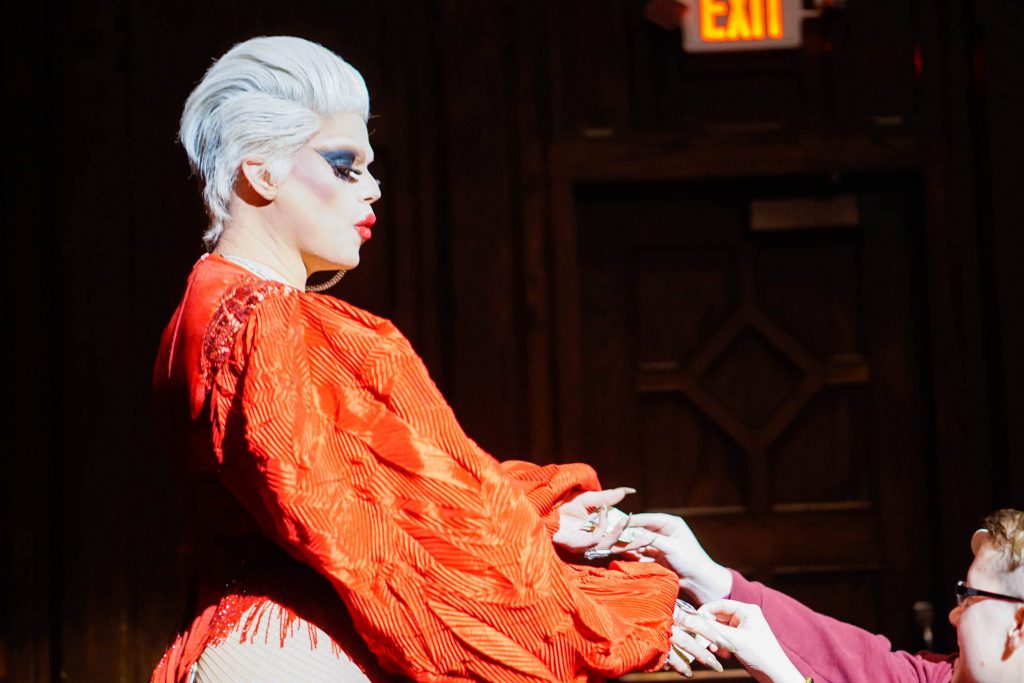 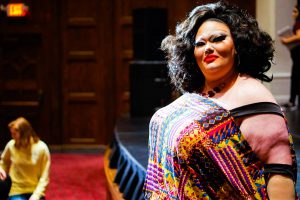 Central Michigan University’s Office of LGBTQ+ Services not only provides educational programs for those interested in learning more about the community on and off campus, but also allows opportunities that serve as engaging entertainment with the intent of educating others on the prominent message acceptance that the LGBTQ+ community is known for.

The office itself is meant to serve the lesbian, gay, bisexual and transgender students as well as aid CMU organizations that are equally invested in helping and educating others on LGBTQ+ matters.

There are many programs affiliated with the Office of LGBTQ+ Services, most notably the Safe Zone Program. This program is a training program that provides students, faculty and staff with information in regards to terminology, the current campus climate for the LGBTQ+ community, issues facing the LGBTQ+ communities, and the importance of a Safe Zone at CMU.

Other programs include class panels that provide an opportunity to discuss LGBTQ+ issues on and off campus, social justice dialogues, class presentations which allow for members of the office to hold lectures in classes by request.

On top of their many programs, they also hold events during awareness weeks like Coming Out Month in October, Pride Week in April and Trans Week of Awareness in November. 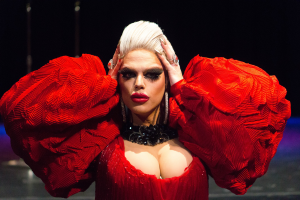 The Office of  LGBTQ+ Services sponsored Morgan McMichaels’ Drag Show, which was put on by the Program Board and held in the Plachta Auditorium on February 26. The show was run by Elizabeth Reyna-Hernandez who met McMichaels for the first time at a NACA conference.

McMicheals herself was previously a contestant on “RuPaul’s Drag Race” and has been working in drag since 2001. During the show, McMichaels danced up and down the aisles, taking dollars from students only to throw them around and give them back. She did cart wheels and even sat on a few student’s laps. 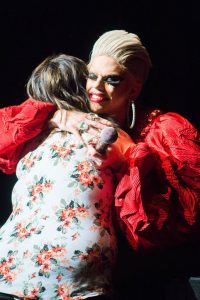 The show finished with a Q&A session. McMichaels continued to spread her messages of empowerment. Specifically, McMicheals took time to talk about LGBTQ issues and had several students stand up and talk about being bullied and gave messages of hope, support, and empowerment to each student that talked.

“I really liked her message and I think that LGBTQ issues are not talked about enough on campus,” Reyna-Hernandez said. “Also because she was on RuPaul’s Drag Race it is good attention for CMU.” 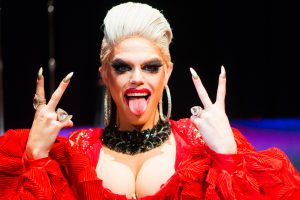 “I love the energy that they bring and how creative it can also be,” Bach said. “I feel like a drag show is its own art form.”

Before transferring to CMU, Bach came from Mott Community College in Flint. As a transfer, Bach was able to make friends through attending drag shows on campus due to a mutual interest in the subject.

“Once I found my group of friends I pretty much just stuck with them,” Bach said.

Bach believes that drag culture means people in environment where they can feel comfortable with themselves.

“If I’m at a drag show I know I can go and talk to people around me that I don’t even know because I know we have the same common interest which is drag,” Bach said. 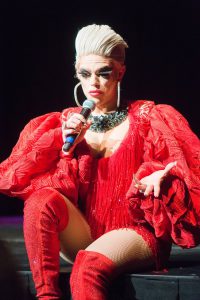 These types of events shows that the Office of LGBTQ+ Services, amongst their other educational programs, can also provide entertainment in order to appeal to all audiences while also spreading the important message of equality and inclusiveness within any respective community.

“I think it’s provided a lot more visibility and has given LGBTQ+ people more of a platform to speak out on issues that affect us,” Bach said.