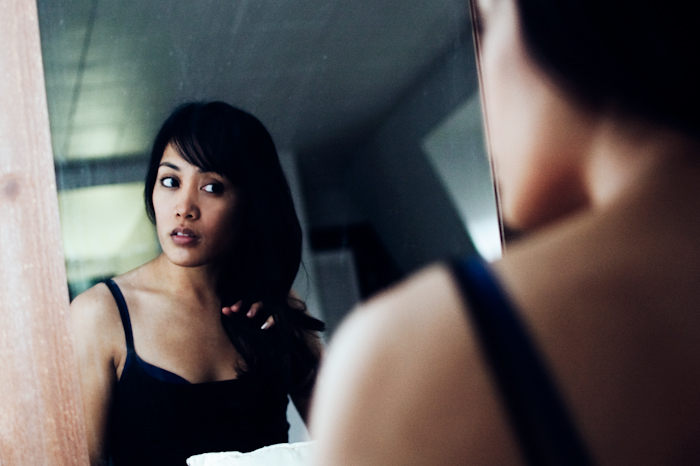 To start off, I must say, that every girl deserves to feel beautiful. Being called pretty is not a negative thing. But, it should not be the only compliment valued by people.

As a girl, being called pretty is nice but I often find myself feeling better when I am called something else such as smart, outgoing, funny, talented or well-rounded. Sometimes, even being told I am a good driver puts a bigger smile on my face then “you’re pretty.”

Whether you’re a male and let outward appearance be the only compliment you share, or you’re a fellow female and default to complimenting other women’s makeup, sometimes we all put more focus on aesthetics – we’re human.

Here are some attributes to keep in mind when interacting with others – paying attention to what makes a person goes a long way. After all, there’s more that makes someone beautiful than looks.

Witts
Nothing feels better than being told that you are smart and witty. Being recognized for your funny, yet intelligent humor is always rewarding. It feels good because you know you are making others laugh and feel joy.

Bound for Success
Being noticed for your drive and success always feel great. If someone tells you, “you’re going places,” it gives you this feeling of accomplishment. If others are noticing your success, then you must be doing something right. It is stressful being so ambitious, so being recognized for it is always rewarding.

Creativity
If you are a creative person, the world is going to know and it should know. Creativity is meant to be shared, not kept to yourself. Take creativity compliments seriously. These are one of those compliments that are not going to be just tossed around to be nice like being told “you’re pretty” is. Being told you are unique, creative, or artistic is genuine.

Inspiring
Being told you are an inspiration can come with many meanings. Maybe you are an inspiration for the way you dress, or your health habits, or, more importantly, for what you have accomplished and the person you have become. Being a role model to someone feels so outwardly important. If just being you can cause others to have a fascination in you, then congratulations, you are awesome.

Good Music Taste
For many people, their music taste is their most prideful characteristic. Make sure you point this out to music lovers because nothing will warm their heart more. Not only that, but music is an easy bonding ground. People become vulnerable when talking about music, and a person’s favorite song will tell you a lot about them. It is better to give compliments such as “you have good music taste” that could possibly open up a conversation rather than telling someone they are attractive because, after that, the conversation is likely to end.

Interesting
I am sure many can agree with me when I say that it does not matter how attractive a person is, if they are not interesting, then their looks don’t seem to matter so much. It feels much more personal when someone like you for you then when someone likes you for your looks. Being appreciated for who you are and being listened too is much more important than impressing someone before they even know who you are.

Loyal
Being loyal and trustworthy is a value everyone desires to not only have, but also to see in their relationships. Being a loyal friend or significant other is key to keep the relationship stable. It feels good to be reassured that you are loyal because that means it is being noticed and appreciated.

Open-Minded
Lastly, I would like to point out how important it is to be open-minded, especially in today’s society. Being noticed that you are an open-minded person feels phenomenal. It is good to be willing to learn more about subjects you may not agree with, and the effort that it takes to do so is much more empowering than good looks.

As one can see, the list goes on for what could be used in place of being called pretty. It is nice when someone notices your looks, especially on days where you didn’t put on five layers of foundation and just went out with your natural look.

Don’t get me wrong, it is also nice to be appreciated when you do spend hours on your makeup, but don’t let those compliments be the only thing you wish to hear. Take the time to also find things in people you admire that aren’t their looks. Make someone’s day and notice them for them, and I promise you, it will make them feel much more valued then “you are pretty.”