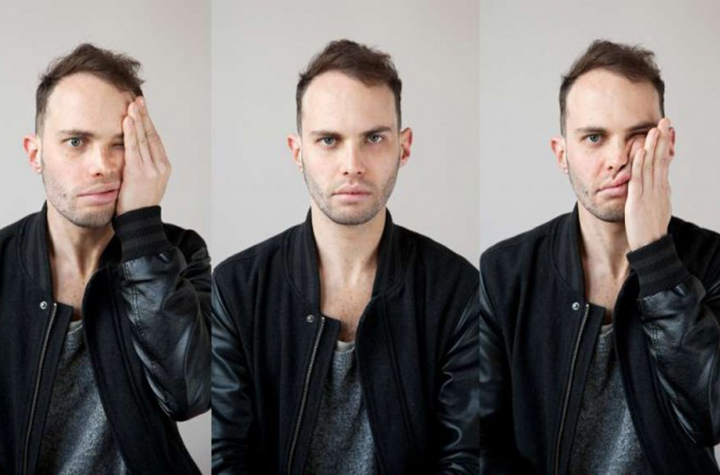 Autre Ne Veut is the stage name of Adley Akin, a New York City based singer who is getting some much-deserved attention for his debut LP, “Anxiety”, which is already showing up on critics’ ‘best-of-the-year’ lists. The music Ashin makes out of his home studio is both immediately accessible and emotionally rigid. “Anxiety” finds him perfecting his craft and deepening the complexity of his deceptively fun brand of electronic music.

When Ashin released his self-titled debut in 2010 his sound was already taking shape. Even though the quality on his first record is rough, it is an assured and impressive batch of songs that find Ashin working with a palette of the past and the present—everything from 70s glam rock to 80s pop music to 90s R&B—and making it all, somehow, work beautifully. All of these identifiable influences often leave Ashin’s music feeling undeniably populist, but the heart-and-soul of Autre Ne Veut lies in the genuine feeling underneath the poppy exteriors.

By the time Autre Ne Veut released “Body EP”, the poor production values that had sometimes muddied his stellar voice had largely disappeared. Ashin’s refreshingly unrestrained approach to vocals and newly grandiose production could come off as overwrought if he wasn’t such an earnest presence. In a video interview with FACT Magazine, Ashin describes himself an “all-or-nothing guy” who gives himself over to every performance, and that is felt through all of his recordings; he is constantly reaching for those “swelling up” moments, when a song reaches a climax and it’s impossible not to be moved.

“Anxiety” takes the aesthetics of his musical alias, the big hooks and the devastating subject matter, and pushes them further into a coherent and purposeful vision. Ashin is tackling such subjects as terminal illness, aging and unrequited love, while also making one of the catchiest records you’ll hear all year.

Released back in February, this album quickly grew into a special thing, being recognized in several of the more high-profile music sites as major accomplishment. Tiny Mix Tapes writer Emblem, who gave the album a perfect 5-star rating, stated in his review:

“This is art that undertakes no less a task than the comprehension of the meaning of life in a deeply contradictory era. The importance of this pursuit should not be diminished nor confused by matters of newness and oldness. After all, there is little more radical than criticism of the self. The lack of vanity, the frank way it strives for accessibility only serves to further magnify the greatness of ‘Anxiety.’ It does the most ideal thing art can do: it tries to make sense of life itself, without pretense or guile.”

“Counting” may be the ideal Autre Ne Veut track and the best representation of what Emblem is talking about; its immediacy is undercut by intense lyrics of watching someone on their death bed and hoping they’ll stay alive. The chorus, one of the best of the year, is a teary-eyed confession:

And yet, Ashin’s production is so layered and experimental that it is easy enough to just sit there and absorb on any of the songs on a purely musical level. When the ghostly choirs fade in and out of the mix or an electric guitar screeches over wailing vocals, it is hard not to be excited thinking where Ashin will go from here.

“Anxiety” can be purchased through iTunes.