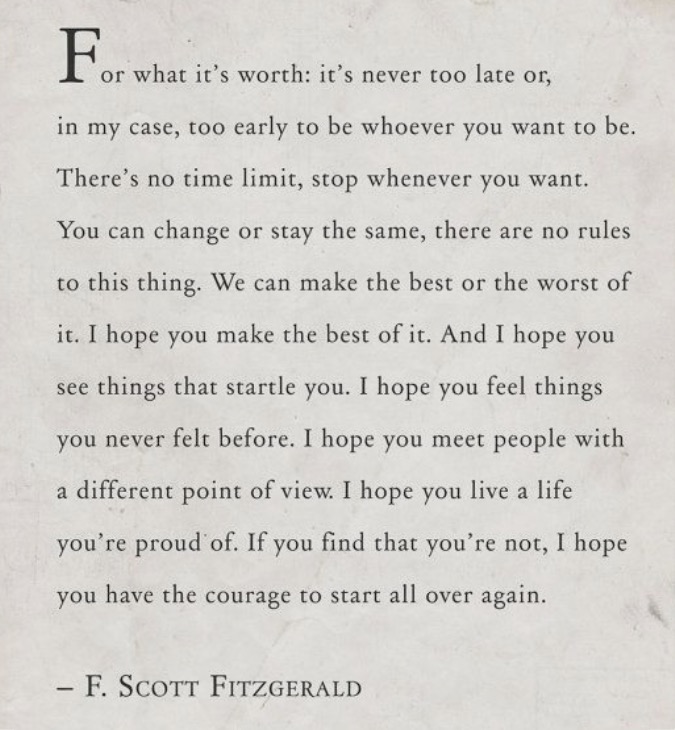 F. Scott Fitzgerald is one of the most well-known authors of our time. Famous works such as “Tales of the Jazz Age,” “This Side of Paradise,” “The Love of the Last Tycoon,” “The Curious Case of Benjamin Button” and “The Great Gatsby“ allow you to escape reality for a little while, and some stories, if not all, contain secret struggles that Fitzgerald endured throughout his life.

As an author, Fitzgerald implored you to seek out his secret messages. Whether it be the symbolism or vivid love story of Gatsby and Daisy, Fitzgerald succeeded in making readers feel something that no other author does.

Emily Rambo, a book enthusiast who has loved F. Scott Fitzgerald for a very long time, shares her experiences with his work.

“I think he is extremely talented and that his writing is best showcased in his short stories,” Rambo said. “My favorite novel of his is ‘Flappers and Philosophers’, which is a short story collection.”

Fitzgerald has written a number of books that have touched the hearts of his readers and made them think.

“He is unique in that you can follow his writing career from his very first novel to his last published work and they all have some underlying details inserted from that time in his life,” Rambo said.

Coming next spring, there will be new material filled with his delightful commentary and sarcasm.

According to The Guardian, “it ranges from work that Fitzgerald was unable to sell because its subject matter or style departed from what editors expected of [the author] in the 1930s.”

If we know anything about F. Scott Fitzgerald, it is that these stories will be nothing less than quirky and exciting.

In addition, all the short stories are revealed to touch on the real struggles with alcoholism that Fitzgerald faced from the time he was in college to the time of his death.

“I will be interested to see when these were written and I’m curious how they found them, but most of all I’m over the moon excited to be able to buy something ‘new’ from him,” Rambo said.

Fitzgerald died believing himself a failure. None of his works received anything more than modest commercial or critical success during his lifetime. However, since his death, Fitzgerald has gained a reputation as one of the pre-eminent authors in the history of American literature due almost entirely to the enormous posthumous success of ‘The Great Gatsby’.

“Each thing he publishes is always better than the last, in my opinion. He is truly one of the greats,” Rambo said.

Although he has been gone for 76 years, F. Scott Fitzgerald continues to influence his readers’ lives each and every year. Luckily for us, we’ll get to experience his pieces that were overlooked and untouched one last time.