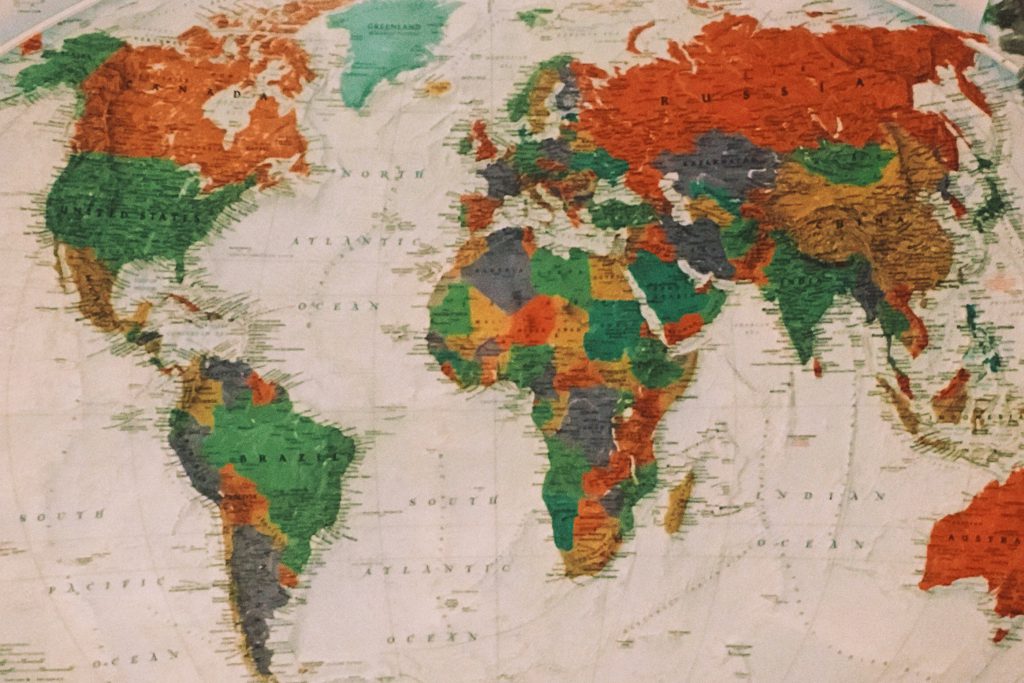 My (now ex) boyfriend of two years and eight months had once dreamed of becoming a Marine. For more than the first half of our relationship, that is all he could talk about. Being a supportive girlfriend, I knew that I had to take into consideration that for us to work, and I had to be okay with the idea of a long distance relationship. As I thought about it, I was honestly excited to be able to prove people wrong since all we ever heard from others was how we would not make it. Because I so often thought deeply about how we would push through it, I honestly think we could have made it if our relationship had been healthier.

Time went on, and he had decided that he wanted to go to college instead. The college he chose is seven hours north of Central Michigan University, so again, I was prepared for a long distance relationship. Unfortunately, just months before my first day at CMU, we broke up. Although it was and sometimes still is hard, I now see how difficult it would have been for us to maintain the distance. I have been here for three weeks now and have witnessed strong relationships that are long distance and ones that have fallen apart.

Long distance relationship insight mixed feelings within individuals, so I’m breaking down what I think works and what does not work.

Long Distance Can Be Healthy
Going to different colleges is a common example of distance being an issue that many young relationships face. Nothing seems worse than being several hours away from the one you love, but there are some advantages. College can be a four or more year-long experience. If you and your significant other can get through several years of Skype dates, and weekend long visits, while being loyal, the two of you can get through just about anything.

Distance is also a way to find out if you even belong the person. When you go from seeing someone every day to once a month, you do meet new people, people you may have been blind to before because you were attached to your boyfriend or girlfriend’s hip.

Breaking up is not an advantage to long distance relationships, but sometimes it is for the best. I hate to break it to you, but it is possible that your current boyfriend or girlfriend may not be “the one” and college is the perfect place to figure that out.

It Can Be Stressful
Although there are advantages in having a long distance relationship, there are also disadvantages. Jealousy is already a major problem most relationships face, but it gets worse when there are hundreds of miles two people. Being trustworthy is the only way to get through jealousy in relationships, but it is difficult. Not knowing who your boyfriend or girlfriend is talking to or who their lab partner is, or who they were at a party with is enough to make anyone go insane.

College is stressful enough, so why put yourself in a situation that only raises your anxiety? If the relationship never has issues with jealousy, you are in luck, and your stress will be at ease. In college, you will want to go out and have fun, but sometimes if you are in a relationship, you will hesitate more. Why is that? Is it because you are afraid of doing something your boyfriend or girlfriend will get angry at you for? If so, don’t do it! Hang out with your girls or guys and they should not have anything to be upset about. There should not be control in a relationship.

Other Obstacles
If loyalty is a moral both people stick to, what is there to control? Sometimes, being loyal is not the only thing that keeps a relationship from falling apart. Other obstacles can still get in the way. I grew up in a very small community, so as one could imagine, most of the people were all rather similar to one another. This made for a very limited choice of people.

My mind was cut off from all the different kinds of people in the world because all I knew was what I grew up around. It became hard for me because, in many ways, I did not fit in with my peers. My interests were different, my music taste was different, the fact that I wanted to leave the small town of Lewiston was different. I was lost.

Coming here to Central Michigan University, I have already found myself even more and have met people who are much more like me. Situations like this can be a problem in relationships. You could be with someone you settled for in high school because you knew nothing else. Then, when you begin to attend college you realize that the person you are with is not the one because you begin to find yourself more which leads to finding someone who will compliment your true self better. Although this is ultimately a good thing, heartbreak still occurs. It is harder to end a relationship when there are miles between you. The fear of failing a long distance relationship is sometimes a large barrier. If people let this fear control them, they will be in an unhappy relationship.

Relationships – Both Near and Far
Long distance relationships in college can be extremely difficult but, as cliche as it is, if it is meant to be, it will be, and if it is not, then it won’t be.

One thing people must keep in mind is that being loyal and trustworthy are the two key points in keeping a healthy relationship. Without loyalty and trust, the relationship will be unhealthy, and relationships that are long distance have to work even harder.

People who are meant to be, though, will get through it. Love is beautiful that way.