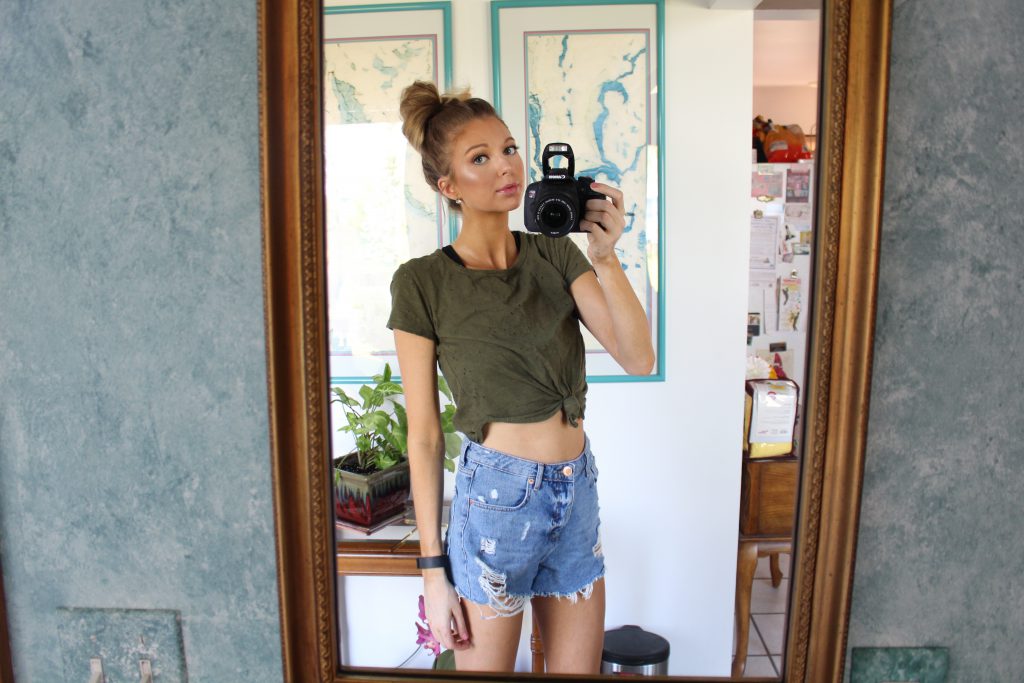 Madison Woody is a senior pursuing a degree in fashion merchandising and design. The Harbor Beach native has also experienced an eating disorder which, ultimately, led to her love for fashion and helps her inspire others.

Woody has always had body image issues since high school and had really noticed it taking over her life in her sophomore year of college. Her weight during this time being at 180 pounds, Madison took the initiative to restrict her diet until she reached under 120 in a short time span. In August of 2016 she started her weight loss journey, and in February of 2017 she had already reached her goal weight but couldn’t stop losing it, as it has become sort of her obsession to lose weight. If she didn’t run every single day or ate junk food she felt extremely guilty. 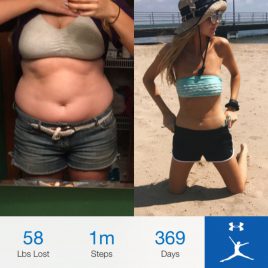 As soon as people started to notice her weight loss, she would get complimented and it would motivate her to lose even more weight. With this new confidence, it never occurred to her that what she was doing was wrong. She felt fatigued all the time but seeing the results felt good. It got to a point where she wouldn’t eat anything unless she tracked it in her phone. She avoided restaurants with her family and friends. 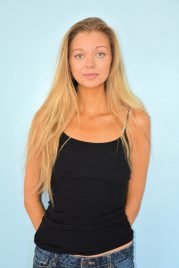 Now, Woody is facing a new cycle of challenges where she is binging and restricting her diet.

“I always heard this statistic that people who lose weight gain it all or more back within a year.” Madison said, “I always thought that there was no way that was going to happen. It happened.” Her rollercoaster of weight loss and weight gain hurt her self-esteem and confidence.

Now, school is a challenge for Madison as she is goes through more struggles with her weight. She skips class, ignores homework because it stresses her out and causes her to eat, and avoids public at all possible.

“No matter how much you want to change your body, there’s still going to be an underlying mental issue of where the problems came from. If you don’t fix that, nothing will change,” she said.

Woody decided she couldn’t fight her battles alone, and she started to see a counselor named Lisa Carpenter based out of the Center of Hope in Mount Pleasant. Her counselor addressed where her destructive personality came from and how to work on it. She has been diagnosed with the eating disorder OSFED.

After long months of hardships and feeling alone, Woody turned to watching YouTube to help her relate to those who are going through the same struggles. She realized even her role models take a long time to overcome their struggles.

“When I sit down and watch videos of people going through the same thing as me, to hear how they are overcoming it, it is an amazing feeling. I want to do that for other people and try to tell my story to help others as well.”

In order to cope with her eating disorder, Madison turned to a hobby to distract herself from the struggle she was facing. Madison’s love for fashion stemmed from her stylish grandma, but grew as she aged and entered college and discovered fashion can be  a career. Her fashion classes helped to forget about her mental struggles, which she appreciates now more than ever. Fashion soon became an outlet to get away from her problems and indulge in something that she loves. Her love for fashion and excitement for the future impacted her mindset during her weight loss journey and helped her heal. 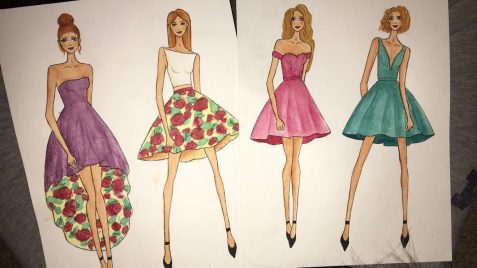 “I got the opportunity to model in Threads Fashion Show last year, and there were models of all different shapes and sizes rocking their looks. It was so empowering to see that, it brought me to tears.” 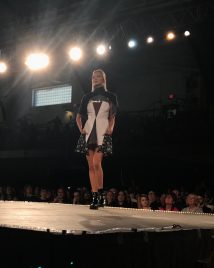 Woody explains people want to see models who look like them. They don’t want to see unattainable looks down the runway. She hopes that the industry evolves to become more inclusive.

She recalls the times she was sad and asking herself why it has to happen to her. Now, she says, she realizes why it happened to her. She has grown so much through her struggles and using it as a tool to help her become stronger and support others.

“I feel so bad for being so hard on myself. If I could go back I would tell myself I am good enough and it’s not about what the scale says or what clothes fit me.”

Woody says if anyone is going through her same struggle, to accept themselves the way they are. She also advised to find something that you love doing and use it as an outlet for your struggles and you will find it will help you in more ways than you can imagine.