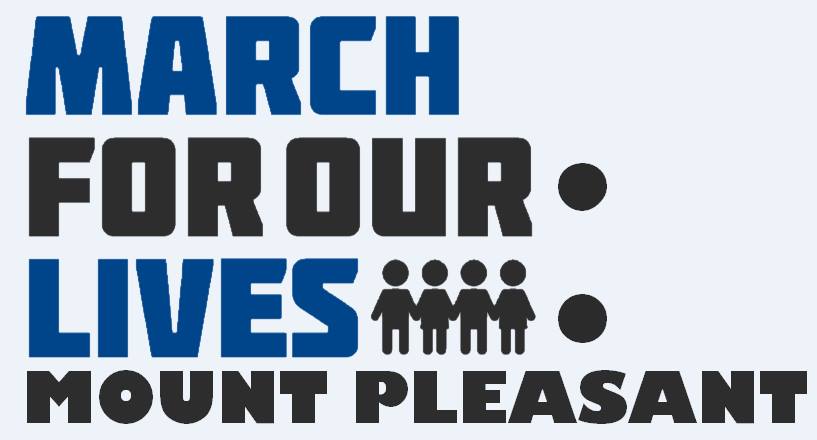 March For Our Lives is a worldwide event that will take place on March 24. The movement came forth after the school shooting in Parkland, Florida. There are marches taking place in Washington D.C. and other communities, all over the United States and other countries. Mount Pleasant is one of those communities all because a Central Michigan University class decided they wanted to do something too.

Morgan Robinson, a Jenison junior double majoring in psychology and sociology and minoring in women and gender studies, is one of the students behind the March For Our Lives event taking place in Mount Pleasant.

Robinson said, “We were in sociology of education, a class that is taught by Dr. Mari Dagaz, and we were just talking about everything that had happened in Parkland and what was going on with the broader March For Our Lives organization and someone in the class was just like, ‘we should do that here.’ And a couple people were like, ‘yeah we should,’ and then Dr. Dagaz was like, ‘okay well then you can have the rest of class and you can plan it.’ So this march is happening here because someone said something and then we had a professor who encouraged it.”

After the class, Robinson said they met that Thursday for more planning and then the idea became an organized event for Central Michigan University students and community members of the area.

Samuel Zeeryp, a Roseville sophomore studying social work with two minors in youth studies and drug and alcohol studies, was another one of the students in the class that started this event here.

“We have a little bit of a different approach than what most marches are doing,” Zeeryp said. “We want to start the conversation on gun control rather than push gun control onto other citizens and everyone in the community. We want to open the forum.”

“The point of our march is to start the conversation on gun control,” Zeeryp said. “Because gun control means different things to so many different people. We want to have everyone come out no matter what your views are on gun control and contribute. That’s what we want.”

According to the March For Our Lives mission statement, “March For Our Lives is created by, inspired by, and led by students across the country who will no longer risk their lives waiting for someone else to take action to stop the epidemic of mass school shootings that has become all too familiar. In the tragic wake of the seventeen lives brutally cut short in Florida, politicians are telling us that now is not the time to talk about guns.  March For Our Lives believes the time is now.”

Robinson said, “The students from Parkland actually stand up and do this, they did this. This is there’s. And watching them do it made us feel like okay well they’re doing this so we need to do this as well and support them and stand up and take the time to actually do something.”

“This started as wanting to create a space where we were standing in that solidarity with students at Parkland and for students who’ve gone through this in the past,” Robinson said. “While also creating a space for a conversation and be able to actually talk about what’s going on in our society and how gun control, whether you’re for it or against it, it is an issue that needs to be talked about and this is the time to talk about it.”