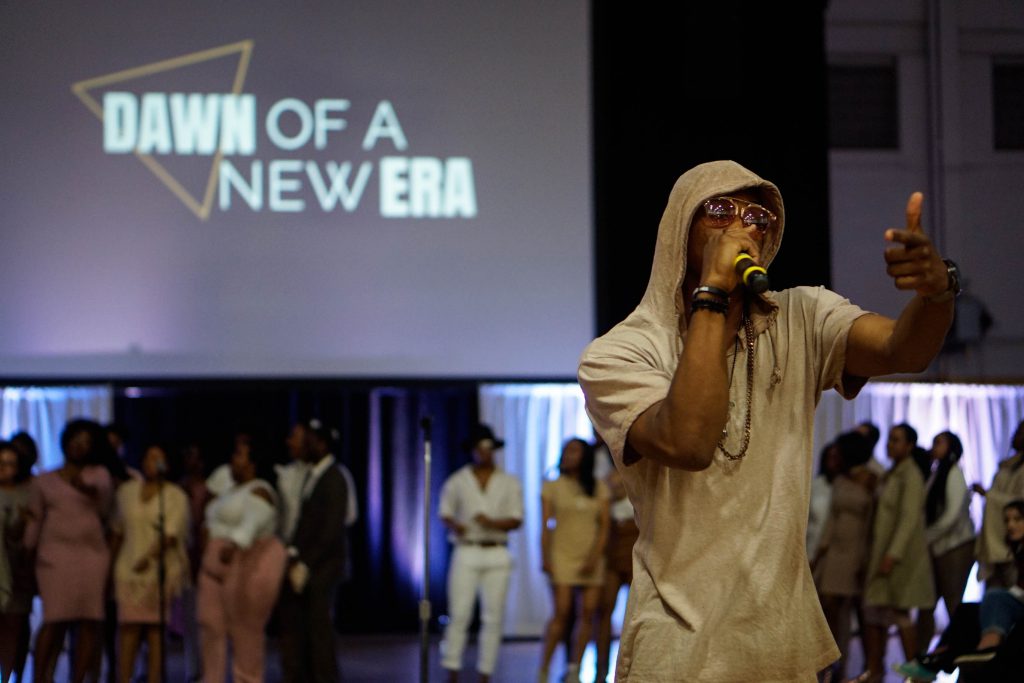 Behind thin-white curtains, in the back of the Finch Fieldhouse, models of every shape, size and color are running between changing rooms and the runway, clad in designs few eyes have been privy to.

Model director senior Austin Reeves conducts them all to their places and scenes for the final rehearsal. With only minutes before the doors are scheduled to open excitement is permeating the atmosphere.

The Organization for Black Unity’s annual fashion show, themed and titled “Dawn of a New Era,” displayed the designs of Central Michigan University students as well as articles from other clothing stores and boutiques.

Each line was inspired by a specific culture. The show was designed to capture the essence of unity among all races and ethnicities. The event as a platform was also utilized to take political and human rights stances.

On top of giving students experience and exposure to the fashion industry this year’s show was held in support of the Lupus Awareness Foundation.

The show also gave the stage over to four different acts throughout the night. First to appear was Central student and singer Roderic Rooks who did a moving rendition of the classic “A Change is Gonna Come,” originally sung by Sam Cooke. The performance was the perfect thematic kickstart to the rest of the show. 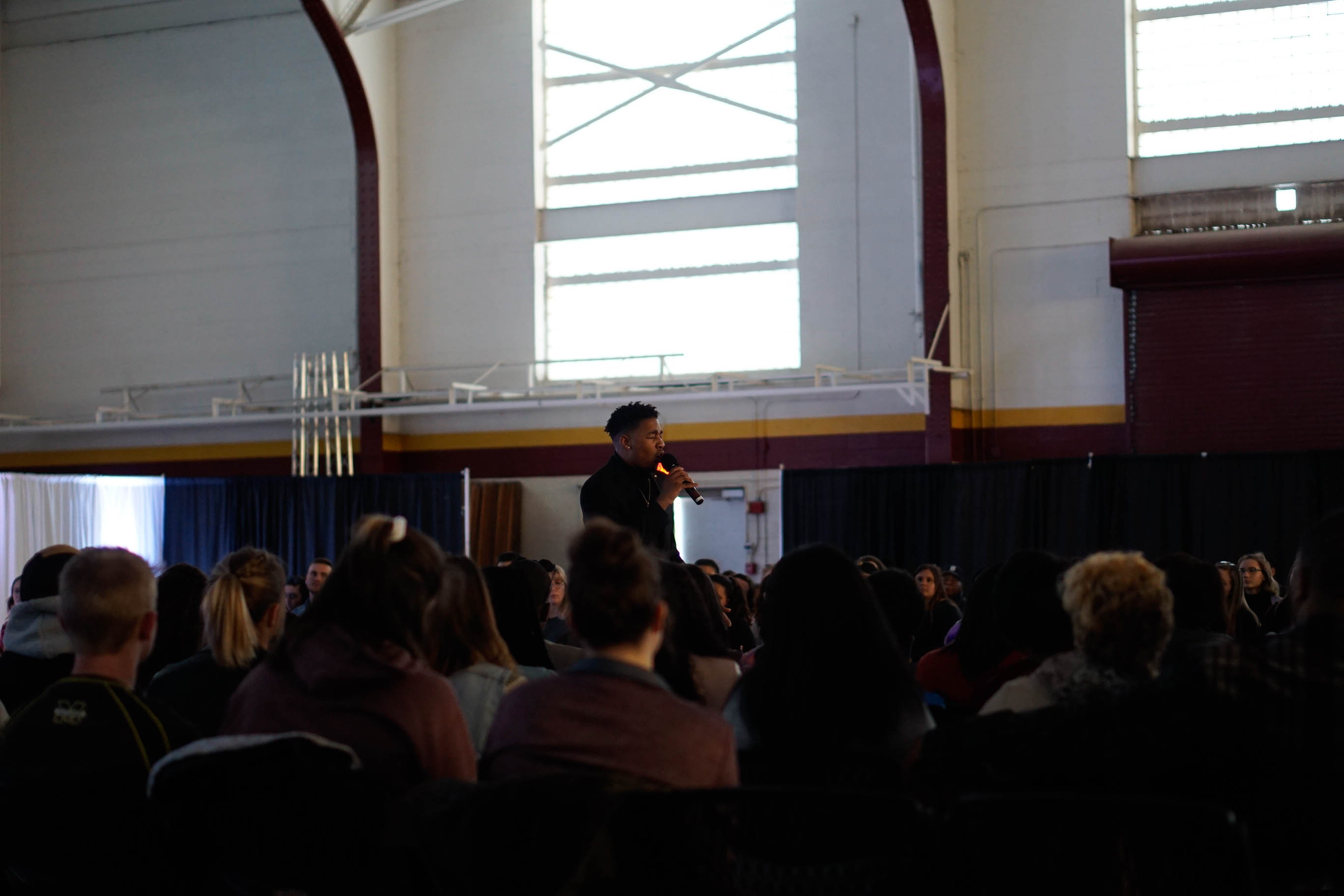 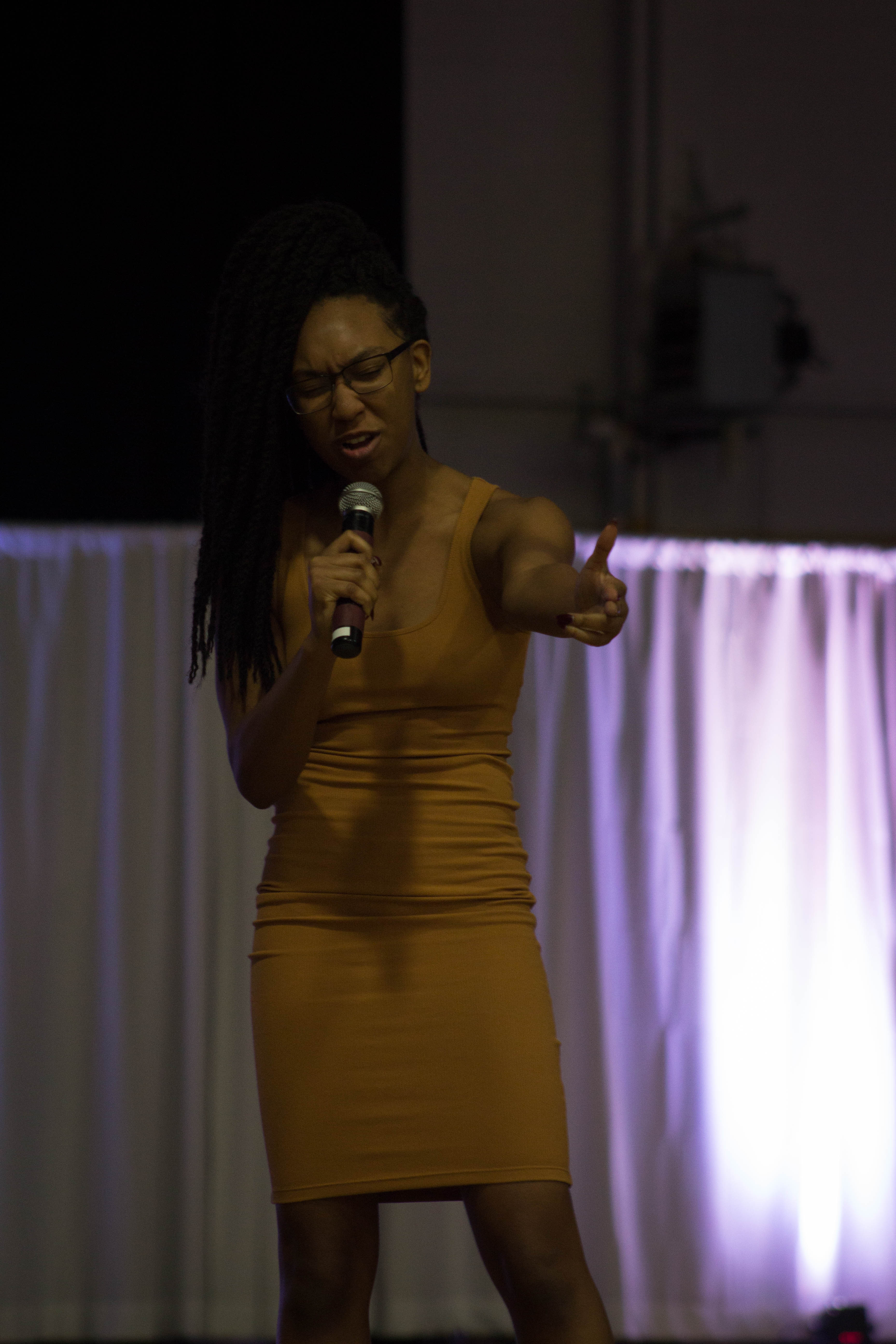 Horton has been writing poetry for a long time, but only started molding it into something more six years ago. After being introduced to a youth program in Flint called “Raise it Up! Youth Arts and Awareness” Horton began performing slam poetry in order to become a part of a major team called “Brave New Voices.”

Third to take the stage was the local hip hop dance group Abstract Generation. The group is comprised of Central students and Mount Pleasant locals. 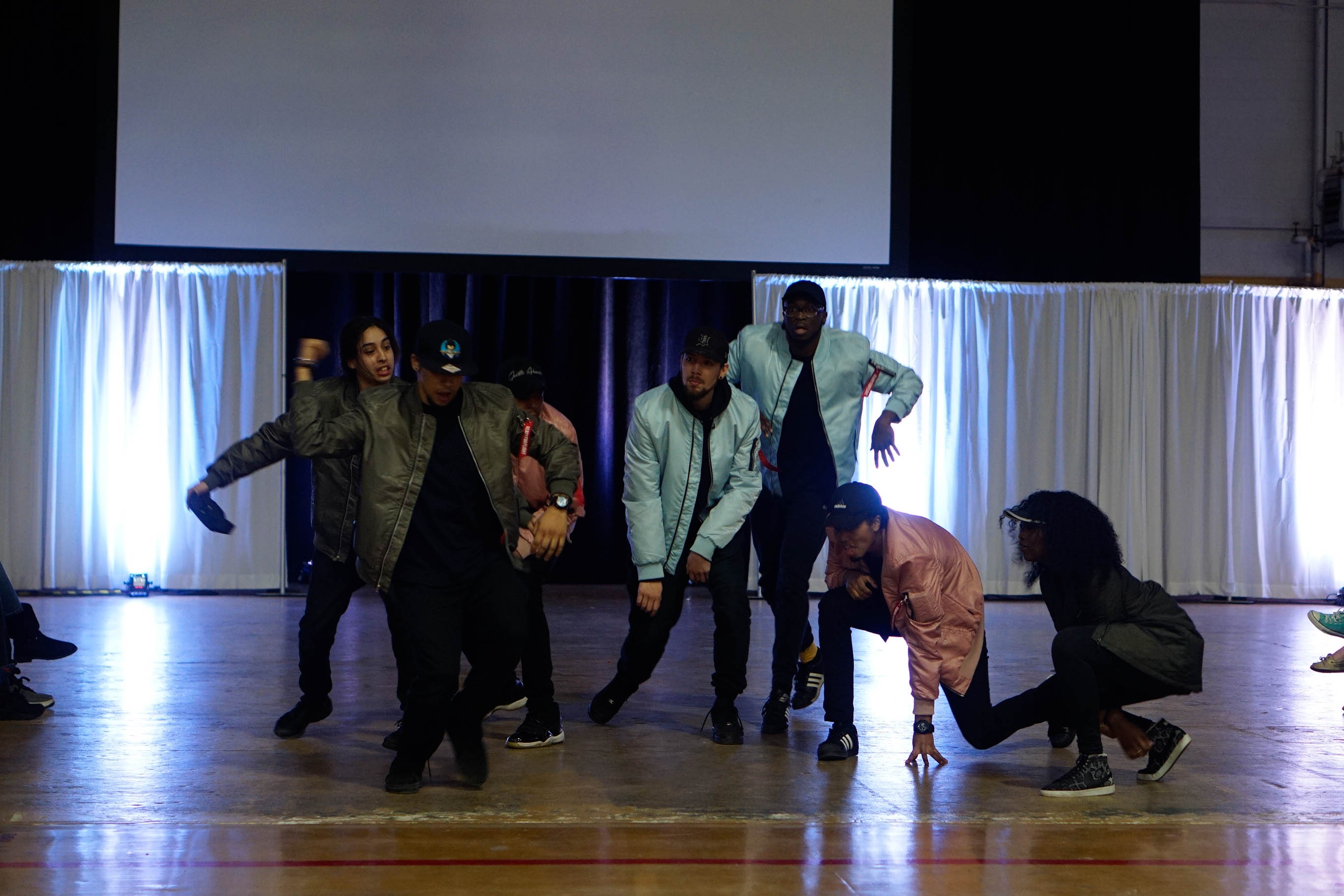