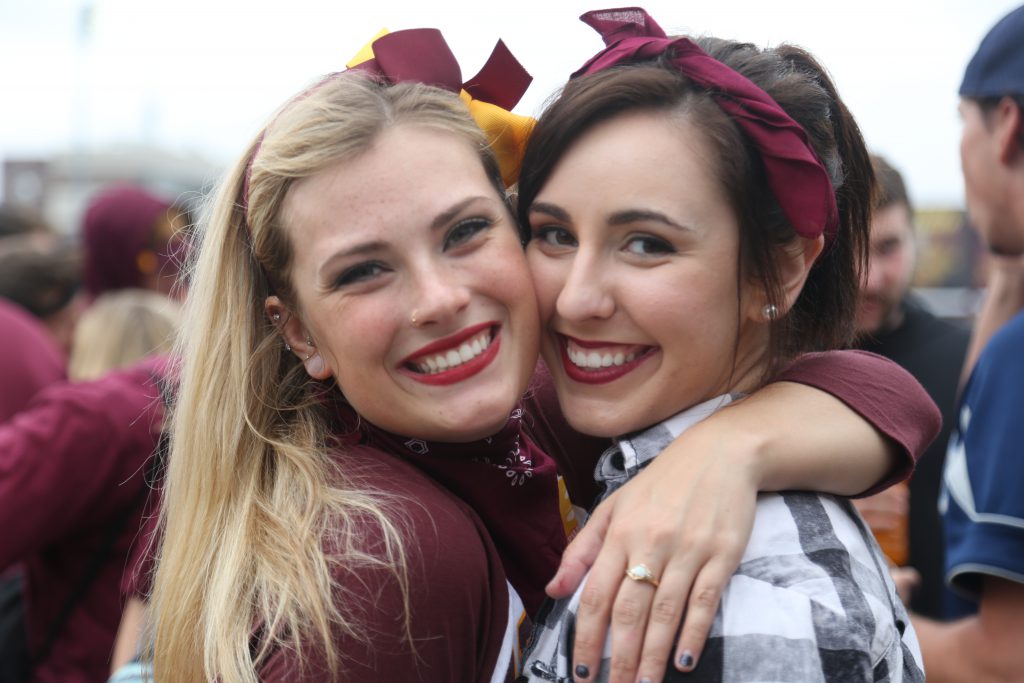 We can’t picture Central Michigan University without maroon and gold everything, but the coveted CMU colors weren’t always so prevalent in the atmosphere.

According to the CMU Alumni Association, the student body voted for maroon and gold to be the official colors of Central in 1924.

With the help of personnel at the Clarke Historical Library, we tracked down the early beginnings of those colors.

In 1895, the school dropped the “business institute” in its name. Most people refered to CMU as “Normal.” Central Michigan University went through three more name changes before being deemed a university.

The Colors’ First Appearance
In 1918, we saw the first appearance of a yellow “C” in a Central Normal bulletin.

Former President Warriner also said in a speech that the athletic teams will receive a yellow “C” on their uniforms.

The Clarke Historical Library’s Reformatting and Imaging Manager Bryan Whitledge said back then, moleskin was popular for letters on a uniform, opposed to normal cloth embroidery.

The yellow “C” is important because this was one of President Warriner’s first speeches as president. It’s also the first time a school color is documented, and the yellow is most likely a parent color to the gold we’ve come to know and love.

The Colors Gaining Recognition
The following year, the Central Normal Bulletin showed a picture of the wrestling and basketball teams, which appear to show a maroon stripe and an off-yellow base, with a large “C”. The photo is in black and white, but Whitledge said he believes those are similar colors to CMU’s current ones.

That same year, a bulletin refers to the CMU basketball team as “the maroon and cream.”

That is the first time the word maroon was written, obviously as something most students would associate with Central.

Whitledge said it was possible uniforms were a cream color, and the author could have been describing the uniforms to those who weren’t able to make the game.

Officially Maroon and Gold
More of the bulletins in the early 1920s mention maroon and gold, and maroon and cream in reference to sports uniforms. It’s clear that the student body and faculty recognized the colors as CMU’s own.

In 1924, the student body officially chose the colors.

From then on, maroon and gold have been a staple for the Central Michigan community, and for Mount Pleasant as well.

Whitledge said he doesn’t know exactly why, or when the colors were chosen to represent the Chippewas, as that history was either never recorded or has been lost.

But, we’re appreciative of whoever thought about maroon and gold – we can’t go anywhere on campus without seeing someone rocking a CMU shirt or seeing a classroom decorated with the iconic colors.