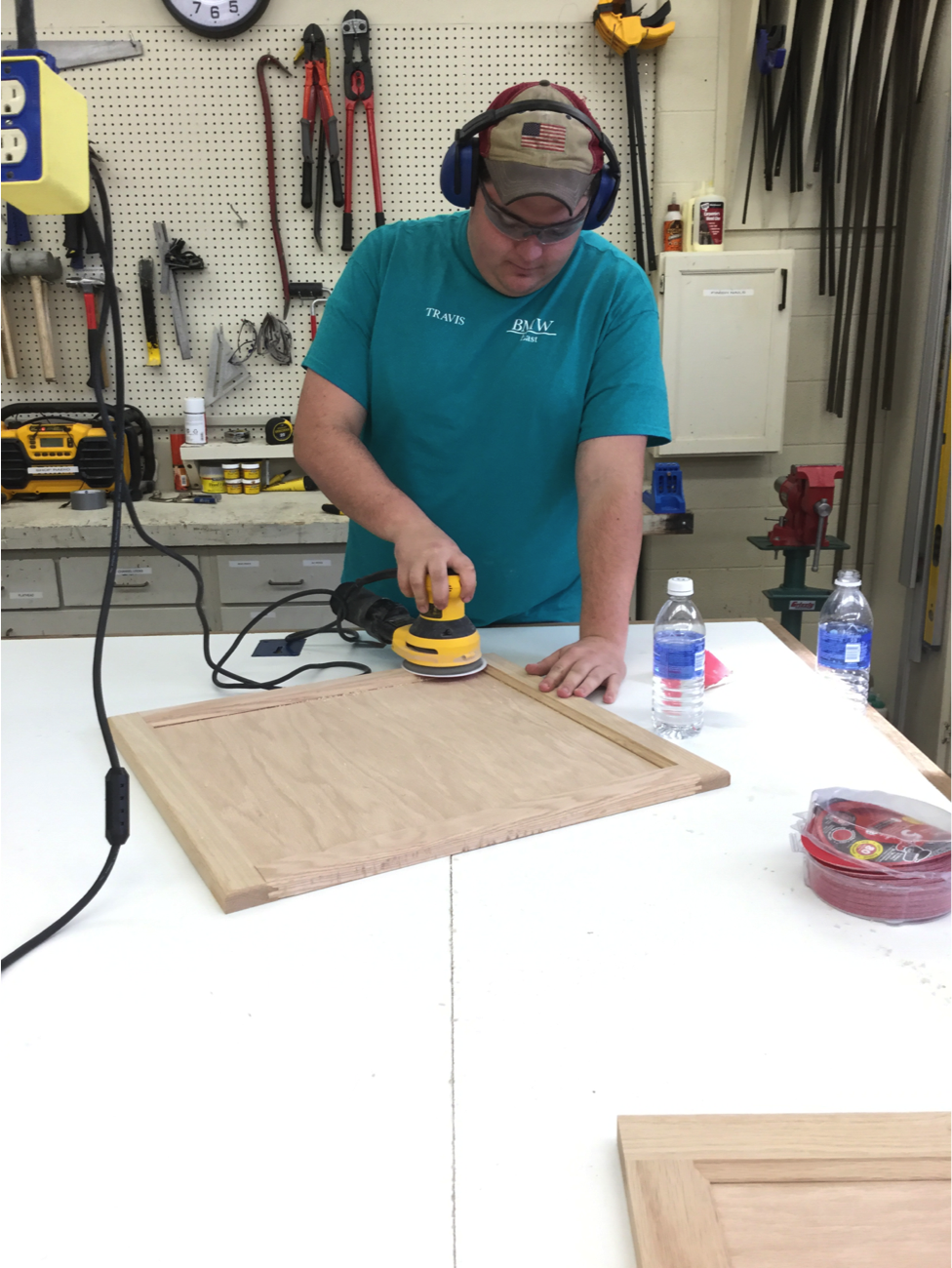 We have all seen them walking around campus, but have probably never paid them much attention.

Wearing shirts with a name on one side and BMW on the other, Central Michigan University’s Building Maintenance Workers are both helpful and transparent.

The BMWs fill a niche that is essential here on campus, but often under-appreciated. From shoveling sidewalks after every snow to unclogging your bathroom sink, there is not much that these workers can’t or don’t do.

There are six divisions of BMW, spreading across campus. These include East, North, Towers, South and two divisions to oversee the campus apartments. Each area has between 15 and 30 part-time student workers, and one full-time supervisor.

One of these supervisors is Steve Anderson, the head of operations in the East area.

For Anderson, the job is gratifying and fun.

“I love helping people,” Anderson said. “You have to enjoy lending a hand to enjoy what we do. When someone needs help we try to be there, and when we fix the problem, we can walk out knowing we did the job right.” 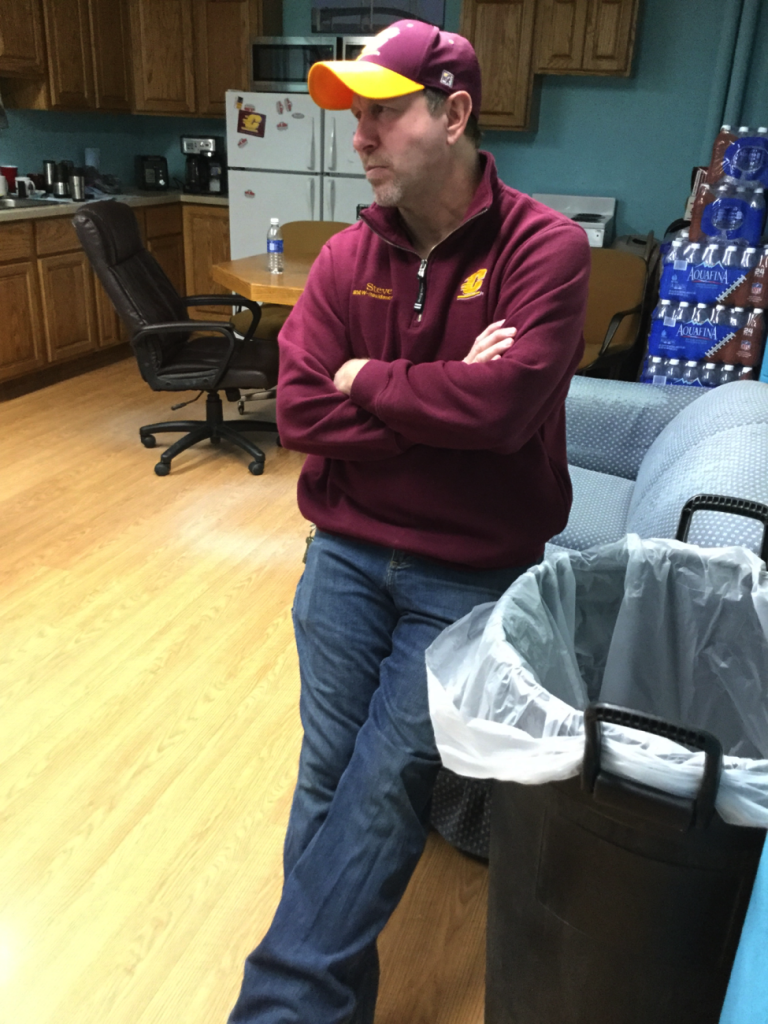 “We try to solve all of the problems we can,” Anderson said. “Sometimes, though, it takes awhile. We do our best to be quick about what we do. I’d be lying if I said I’ve never gone home confused, though. Some of these buildings are getting old, especially here in our area in East, and styles have changed. From trying to find a part for a 1960s heater to searching to where the heck the plumbers ran a pipe when they built the building all of those years ago, it can make things hectic.”

Anderson likes to keep about 20 student workers on his team during the year.

“What we do is a team effort. If me and my crew can’t figure something out, we make the call to the appropriate facilities management guys and get the job done,” Anderson said.

Student workers who are assigned to different crews do a majority of the work that is done on a day-to-day basis.

The list of crews at a BMW office begins with a paint crew. Whether someone has tossed their roommate into a wall and left a dent or tried to bolt their dresser to the wall and left gouge marks, the paint crew will make the problem look like new.

Additionally, the painters will refresh elevators, common areas and occasionally even the exteriors of buildings.

Another crew under the watch of those similar to Anderson is the masonry crew. These BMWs are experts at not only the placing and grouting of cement block, but also at removing them. Masonry crew members are also proficient in tile work, and can often be seen working in hallways and kitchenettes.

While this is not an asset that is called on every day, it is a very important part of the process that keeps the building working properly.

Finally, every group of BMWs has a few select workers who must be skilled in all areas of work. They must be able to work efficiently and be ready for any possible problem. These few workers are known as the trouble book crew. 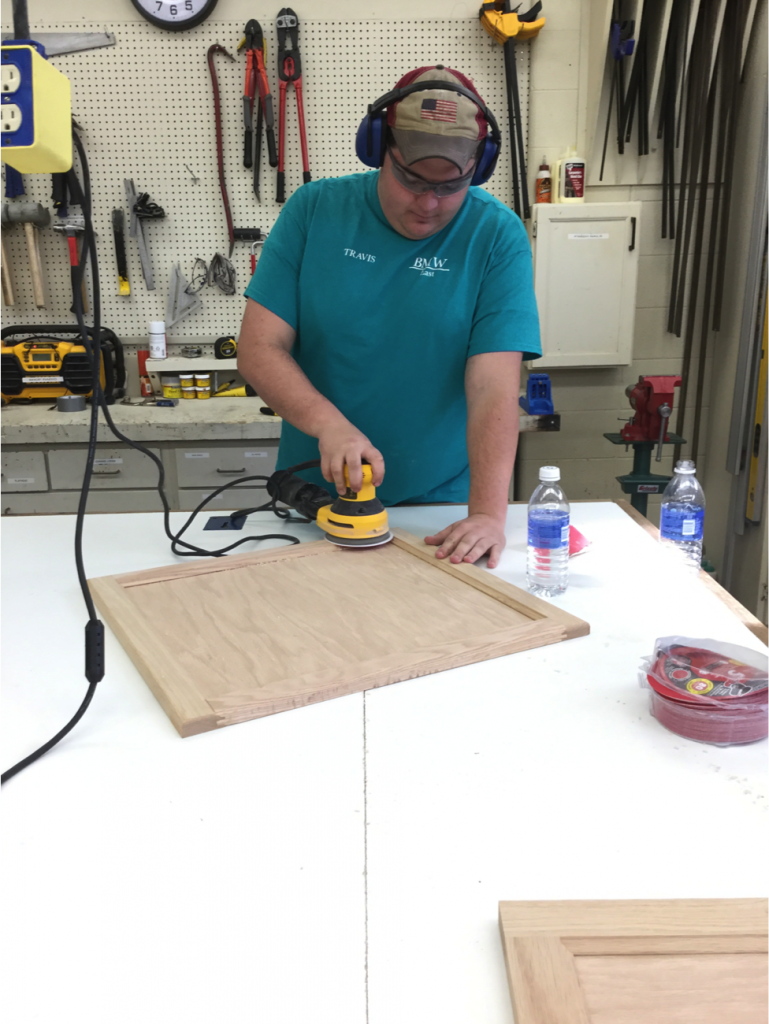 Each set of dorms here at CMU has a system that, by placing a call to either the front desk or to their BMW office, a resident can easily report a problem in their room. All of these problems are logged into a trouble book, a document that is pulled up on a computer in the BMW office during all working hours. When an entry comes in, on the clock members gather the necessary tools and head off to fix the problem.

“All of our jobs here are important,” Anderson said. “I think the trouble book might be the toughest job though. Our guys on that here are the best in the business in my opinion, and do a fine job for us day after day. We encounter some interesting stuff.”

Posted on Anderson’s shop door is a sign that says ‘Trouble Book Entry of the Week,’ and it holds a comical post that reads:

Room makes thumping sounds after dark. Not sure if it mechanically related, our neighbors or a ghost. Please send someone to check.

According to Anderson, that problem turned out to be caused by a rattling heater pipe, but he has seen some things in his time at work that he just can’t explain.

“We will get called in after-hours if something goes wrong,” Anderson said. “I’ve been here in the summer before by myself, and I don’t believe in the paranormal stuff, but some of these halls can have that effect on you.”

As far as call-ins go, Anderson gets them quite frequently.

“We usually end up with three or four each week,” Anderson said. “Driving in to fix the issue, you just hope you won’t need to call in backup. It’s a hassle sometimes, but these kids need to have someone they can count on ­– and that’s us.” 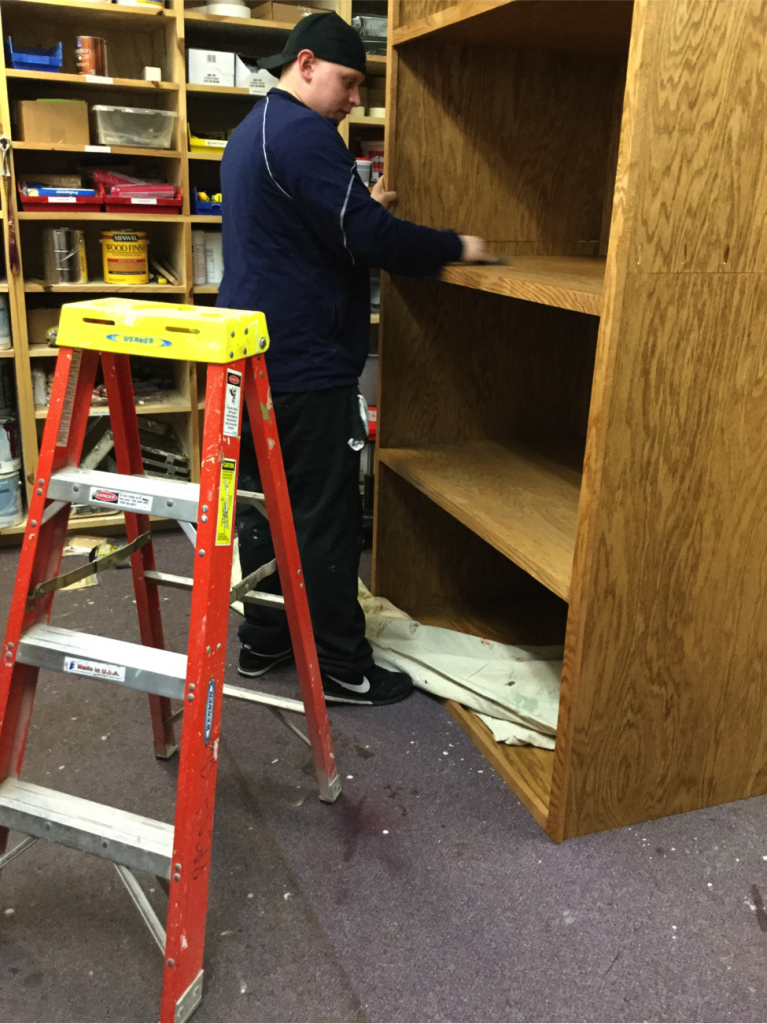 While Anderson is not the only head BMW on campus, he is one of the easiest to relate to.

“I’m just a simple Sanford guy,” he said. “I wake up in the morning and look forward to seeing what the day will bring me, look forward to spending time with my wife and my kids and grandkids when they’re home. I appreciate the opportunity that CMU has given me, and I have no plans of hanging it up yet.”

When all is said and done, things are going to go wrong. Pipes will burst, door handles will break off, air conditioners will need to be replaced and snow will need to be shoveled early in the morning before students walk to class.