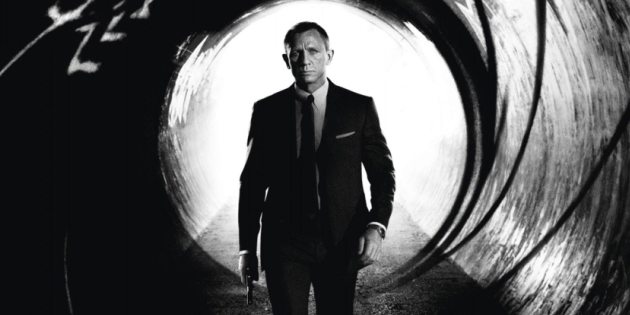 “Casino Royale” was a fresh take on the Bond series, and Daniel Craig showed that he had what it takes to be James Bond. “Quantum of Solace” did not meet expectations and became a forgettable part of the franchise. Four years later, after many production problems and title changes, we have “Skyfall” – and it is well worth the wait.

During a substantially important mission, James Bond (Daniel Craig) goes missing and everyone believes he is dead. While enjoying the free time, Bond gets news that his organization, MI6, is attacked and someone is out to kill its head, M (Judi Dench). He returns back to his headquarters and is given a new mission: Find the villain responsible for the attacks and kill him.

“Skyfall” is Bond at his best. All of the elements of classic Bond movies are present — epic action, nerve-racking suspense, beautiful women, high-tech gadgets. The story is absorbing and it is all told very fluidly. Fans of the franchise will enjoy themselves and notice a number of references to past Bond movies, while newcomers will immediately get hooked to the story and characters without any problems.

One main aspect that makes this movie fantastic is a stellar cast including Javier Bardem, Daniel Craig, Judi Dench and Ralph Fiennes. It seems that all of the actors were perfectly cast in their roles and the interactions between characters were filled with chemistry.

Bardem is finely cast as the main Bond villain. His character can go from creepy and evil to mischievous and funny in no time. Surprisingly, he has a very deep and complex back story that plays a big part in the plot. Bardem plays the character perfectly and creates the first memorable villain to go head-to-head with Craig’s Bond.

After fans were disappointed by “Quantum of Solace,” the producers approached Academy Award-winning director Sam Mendes for the next installment of the series. (Mendes previously won Best Director for “American Beauty.”) He put his creative vision to use and produced a movie with the right blend of entertainment and emotion.

“Skyfall” is beautiful. Everything has an incredible amount of detail, from the massive sets to the artistic costumes. This can be contributed to cinematographer Roger Deakins, who has worked on many noteworthy movies including “The Shawshank Redemption” and “No Country for Old Men.”

Just like “Casino Royale,” this movie takes itself much more seriously than others in the franchise. It has a much darker and grittier tone. Surprisingly though, the filmmakers threw in a good amount of humorous, witty dialogue throughout the movie that gets big laughs and relieves some of the intensity of the action.

“Skyfall” benefits from having the right person for each job. The director, the cast and the writers are all outstanding. Having all of these people collaborate makes for a very successful end product.  It is one of the top movies of the year and arguably the best Bond movie ever made.