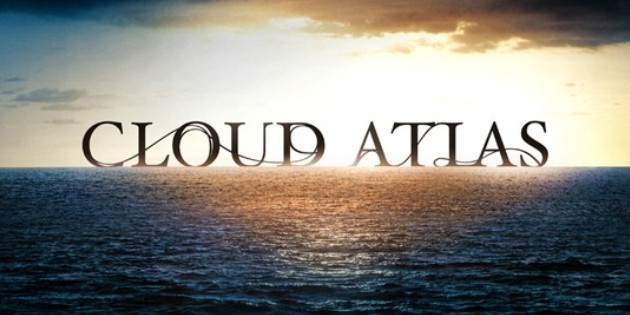 It is always great when a movie sparks debate and splits audiences’ opinions. Some people may strongly dislike a movie, while others call it a masterpiece. “Cloud Atlas” is that movie, and could be the movie of the year with the most mixed reactions.

“Cloud Atlas” has no real plot. Instead, it is a group of connected stories that are packed into one movie. It features an extraordinary cast that includes Doona Bae, Jim Broadbent, Halle Berry, Hugh Grant, Tom Hanks, Susan Sarandon, Jim Sturgess and Hugo Weaving. The main cast members play multiple characters in different stories leading to the same theme.

The theme of the movie is ambiguous. There are many ways to interpret what the actual theme is because it is not clear. There is a great amount of dialogue that has to do with being born again. The person makes the same decisions and is always attracted to the same person in every lifetime.  There is another ongoing theme about making decisions and the importance of making the right choice.

This may be the most perplexing movie of the year. The story line jumps around from one story to another every five minutes. This is very ineffective because the connections among characters the movie is trying to push do not flow at all. Instead of having everything relate to each other as one, there are six different movies playing simultaneously. The struggle to decipher the association of characters is probably due to poor writing.

This movie is directed and written by three people. Andy and Lana Wachowski are sibling directors that are probably best known for the “Matrix” trilogy. Tom Tykwer is probably best known for directing “Run, Lola, Run.” Each story in the movie is either directed by the Wachowskis or Tykwer. Having Tykwer do half of the stories and the Wachowskis doing the others ruins the collaborative process and creates a jumbled movie for the audience.

There is no real point of “Cloud Atlas.” After almost three hours of trying to make out what is happening on the screen, one would hope that there is a big payoff at the end that ties everything together. There’s not. The epic scale of the movie turns out to be problematic because it is too complex. There are too many things going on, and it really starts to wear everyone down after a while.

The acting in the movie is very simple, for the most part. Since the main actors play more than four characters each in different stories, they never really get the chance to develop their characters in depth. Instead of having to prepare to be one different person for a movie, most of the actors had to prepare to be many characters (Hanks and Berry had six each) during the same amount of time. Because of that, it is sometimes apparent onscreen that the actors are not fully committed to their characters and are just going through the motions.

“Cloud Atlas” does shine in the visuals, costumes and set design. Each story has its own genre, and the mood and look of the scenes are perfect. From a pirate ship full of dirty crew members to a futuristic city with virtual rooms and hover cars, many different genres are covered. The enormous sets and precise designs really help create the mood for a certain scene. Look for “Cloud Atlas” to win some Oscars in the technical categories.

For the most part, “Cloud Atlas” is overlong, puzzling and exhausting. Though there are some brilliantly crafted scenes, this big-scale movie concentrates more on delivering an immense movie experience rather than telling a thoughtful, flowing story. Some will disagree and say that it is one of the best movies of 2012. Either way, “Cloud Atlas” is worth a watch.